August 26 is Women’s Equality Day. US imperialism seems bent on “equalizing” the death rates and incarceration rates of women and men. According to Jenni Katzman, former Senior Policy Advisor at the U.S. Department of Education, the rate of incarceration for women has been growing nearly twice as fast as that of men since 1985. White women without a college education dropped over six years in life expectancy since the “Great Recession” of 2008. Yet much of the left seems to ignore these grim realities.–Change Links

The criminalization of women’s trauma is something that we should all be aware of. Women and girls’ trauma, substance abuse, and prison often intersect with race and gender at our schools and prisons.

Studies show that at least 85% of people with serious psychiatric diagnoses are survivors of severe trauma. There are similar rates of prior trauma for people with histories of substance abuse, foster care, homelessness, those receiving public assistance, and those facing incarceration. 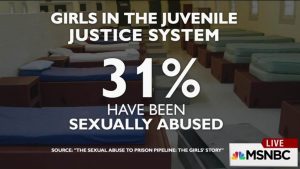 For incarcerated women, the percentage of them who have previously been survivors of trauma is near 100%.

Violence against women and girls is all too common; some estimate that 90% of girls experience at least one major trauma before the age of 18. Instead of providing much-needed assistance during a critical time of need when they are violated, sometimes violently, many women and girls are instead treated like criminals, penalized with expulsion and imprisonment.

The result:  girls who are abused are punished again after the abusive act has ended by a system that does not know how to treat them. 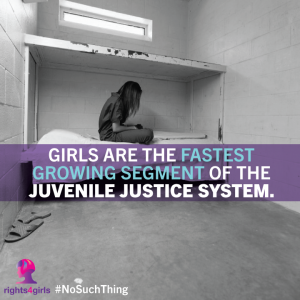 Thus the criminalization of women’s trauma begins. The 10 Signs To Recognize Trauma can be found here: httpss://sisterhoodagenda.com/10-signs-to-recognize-trauma/

The criminalization process does not always happen immediately, although there are cases when it does; for example, girls who report sexual abuse and are punished for related or unrelated activities. Overall, this treatment is unfair and unjust.

The traumatic experience itself, plus the social response to it further compromises women’s and girls’ health, emotional well-being, and right to be uniquely free.

A report by Rights4Girls (https://rights4girls.org/) provides important documentation regarding the sexual abuse to prison pipeline, including underlying causes and reform recommendations.  Sex trafficking victimization, girls who run away from home or become truant, and those who migrate from the child welfare system into the juvenile justice system are all key points in the pipeline. They point out that no child can be a “prostitute” — sex with children is ipso facto rape. Yet 1000 US children are arrested for prostitution each year. 73% of girls in the “juvenile justice” system have a history of physical and/or sexual abuse.

The Suffering of Black Girls 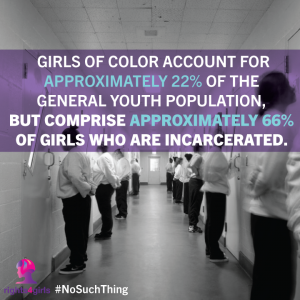 Girls of color, particularly Black girls, tend to be stereotyped as troublemakers and face much harsher school discipline than their White peers, advancing their transition from the school-to-prison pipeline. You can read their report, “Black Girls Matter:  Pushed Out, Overpoliced, and Underprotected” here: httpss://static1.squarespace.com/static/53f20d90e4b0b80451158d8c/t/54d2d37ce4b024b41443b0ba/1423102844010/BlackGirlsMatterReport.pdf. 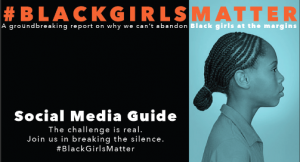 Being able to reach out and be open with someone related to overwhelming feelings can be very relieving. Your support network could range from a trusted friend, counselor, sisterhoods (whether online or not), and online forums.

Practicing the ability of channeling negative thoughts can heavily shape your mental state of mind. Remembering a situation that seemed hopeless yet improved is a healthy thought to keep, which gives you hope. The best thing to do is remain positive.

Easier said than done. Surprisingly enough, simple things such as getting enough sleep and maintaining a healthy diet not only increase your physical health, but boosts your mental health, as well. It has been proven that exercising reduces depression symptoms.

Discrimination impacts many people around the world and is tolerated too often. Discrimination is not right and the effect it has on people is quite saddening. If you or someone else is being discriminated against don’t “sit in silence”- speak up!

The  National Organization for Women (NOW) has a End the Sex Abuse to Prison Pipeline campaign.  Read more about it here: https://now.org/blog/what-you-need-to-know-about-the-sexual-abuse-to-prison-pipeline/

There are additional resources available:

Teen Dating Violence and Sexual Assault in Schools: Resources and a Call to Action: httpss://blog.ed.gov/2014/04/teen-dating-violence-and-sexual-assault-in-schools-resources-and-a-call-to-action/

If you enjoyed this post, please consider leaving a comment or subscribing to the RSS feed to have future articles delivered to your feed reader.
By Change-Links|2017-07-28T16:36:47-05:00July 28th, 2017|Education, Girls, Health, Human Rights, Movements, Poverty, Prisons, Women|0 Comments