Unemployment is more than twice as bad for Black people.

by Daniel Marans, Reporter, The Huffington Post
https://www.huffingtonpost.com/entry/fed-rate-hike-african-americans_567447fee4b06fa6887d2552
The Federal Reserve’s decision to raise its benchmark interest rate on Wednesday is bad news for black workers.
The move is expected to put downward pressure on job creation by raising borrowing costs throughout the economy. While the rate hike is a modest measure on its own, it sets the stage for a series of additional developments that stand to have a much bigger contractionary effect on the economy.
That will squeeze all American workers, since there will be less demand for their work and they wonít have as much leverage when it comes to setting wages. But it will be especially bad for African-Americans.
The unemployment rate among black people in the U.S. is generally about twice as high as the unemployment rate for white people. As of the end of November, the unemployment rate for African-Americans was 9.4 percent, compared with a rate of just 4.3 percent for whites.
This means that any time the overall unemployment rate declines, it disproportionately benefits black workers — and any time national unemployment goes up, it disproportionately hurts them. 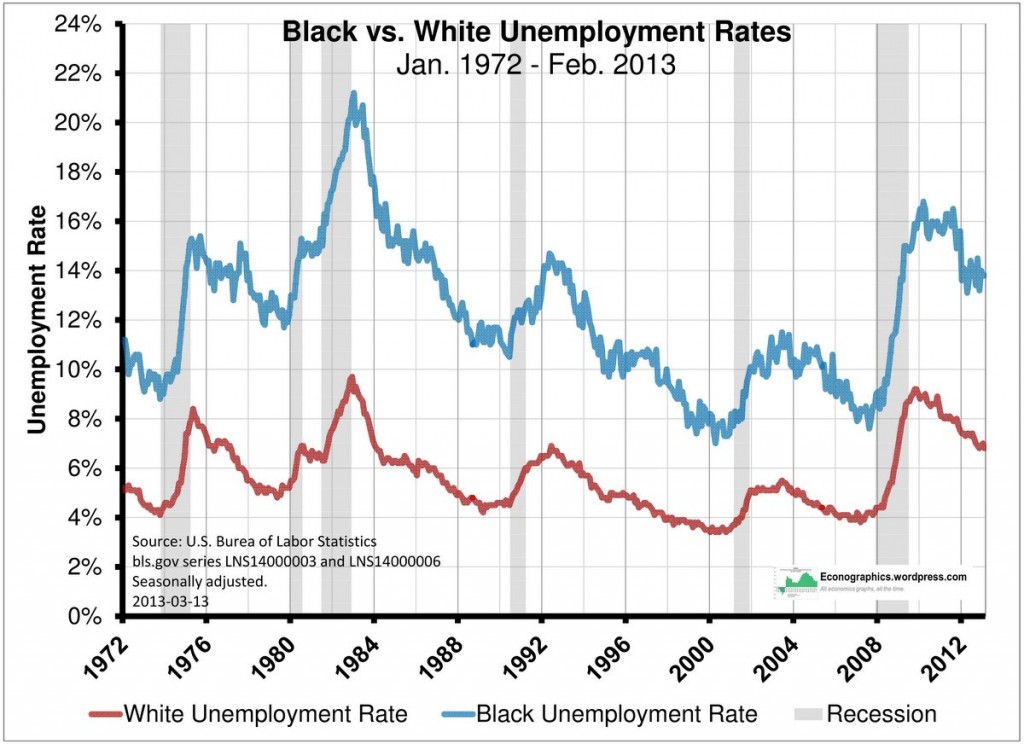 If you enjoyed this post, please consider leaving a comment or subscribing to the RSS feed to have future articles delivered to your feed reader.
By Change-Links|2016-01-01T15:32:13-05:00January 1st, 2016|Daniel Marans, Economy, News|0 Comments