Why Do Cutting Cultures Cut and Why It Is So Difficult To Protect Children From Genital Cutting? 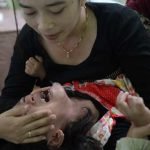 While mounds of resources and money have been invested to end Female Genital Cutting/Mutilation or FGC/M, by and large, FGC is rising worldwide. (1) This alarming trend in this horrific form of child abuse is mainly perpetuated by migrating and growing populations from female genital cutting cultures combined with ineffective activism driven by ethnocentric myths on the part of the activists and more importantly, Western Culture itself.

In this email we will discuss why cutting cultures cut, which social role dominate the issue, and why it is so difficult to end FGM despite it being obviously wrong to those from other cultures.

We are told that FGC occurs mainly due to patriarchal male domination of female sexuality. Brutal, cold-hearted fathers force genital cutting on their daughters as a way of controlling their sexuality, to reduce their pleasure from sex, to force them into relationships they may not want, and to ensure they do very little to resist the domination of their assigned husbands. Little girls, like cattle, are seen as property.

We are told this is done with reused rusty blades in back alleys by non-medically trained adults and that the worst form of FGC (A combination of FGM Types I-III see email 3) is always the type of cutting performed.

FGC in modern times is often done in a sterile hospital by a trained physician like Dr. Nagarwala. In Malaysia and Indonesia, female children are cut in modern hospitals with antiseptic procedures and the lesser forms of cutting such as FGC types IA and/or IIA are performed. The large majority of FGC, 85%, is not the extreme forms of FGC (A combination of FGM Types I-III). In fact, most FGC cases remove less tissue than our own forms of Male Genital Cutting or MGC.

Understanding the different forms of FGC is very important to break down some of our myths and was the purpose of the 3rd email in the series. FGC is even advertised in magazines and on TV and the same medical excuses we use to cut our boys are used to justify cutting their girls. Does this make it better? Does this legitimize FGC? Is a little bit of FGC okay? As mentioned in the last email, the American Academy of Pedoatrics (AAP) even flirted with allowing the ritual nick on little girls’ clitorises until massive backlash ensued.

What if we are assuming, in our activism, that 100% of female survivors of FGM experienced the worst form of FGC and our description of the harm does not match the women’s experience? When we make claims of the harm, but the victim doesn’t acknowledge the harm, this can easily be brushed off by victims as exaggerations. In addition, FGM happens when they were children and most never connect the repercussions in their life back to their cutting as a young child (email 2). When you do not know the difference between what it is like to have normal, whole genitals, it’s often difficult to recognize that there even is damage. This is a major reason Western Activism has failed to curtail FGC. These are ways in which our cultural myths have damaged our ability to influence important change and protect these little girls from all forms of genital cutting.

No matter what type of FGC is performed, even the ritual nick is a grave violation of a child’s fundamental human rights to self ownership and body autonomy. Our bodies, OUR choice!

The Social Benefits of FGC

We are social creatures who need connection with others. Joe Rogan mentioned how one of the worst things you could do to a prisoner is to put them in solitary confinement. Prison guards know this and this is why they use solitary confinement as a very effective punishment. Humans crave social interaction to such a degree they would rather be around rapists, murderers and criminals than be isolated and alone, even when it is extremely dangerous.

Monkeys left in solitary confinement for long periods of time develop repetitive behaviors like rocking back and forth. When reintroduced to a group of their peers, these monkeys never recover their social abilities, indicating deep psychological trauma. This is how powerful our drive for social connection is. Isolation is literally torture for social animals. (2,3)

Such evolutionary biological behaviors were essential to perpetuating our species. This makes sense. Humans with social acceptance problems or who had difficulty fitting into their tribes were ostracized and did not contribute to our gene pool.

Often coming of age ceremonies with elaborate rituals are performed which include genital cutting. For instance, the Bondo tribes of Liberia, Sierra Leone, Guinea, and Ivory Coast include elaborate ceremonies that can last up to a year which are put on by women elders of the tribe. They teach women traditional roles, morality and bind them to support each other socially. Completion of such rights of passage signal that a girl has become a woman and is ready to be married. (4)

The cutting ceremony reinforces a sense of belonging. Through our adherence to our cultural norms, humans develop a sense of pride, honor, respect, and acceptance from our peer group. Any human who made it through puberty recognizes these powerful needs.

Sadly even a mother’s natural protective mechanism for protecting her child is trumped by the overwhelming desire and NEED to fit into the tribe. This is why even questioning CGC is so difficult for members of a cutting culture. Dissenters who claim harm are often ridiculed by the victims themselves. Apparently it is difficult for victims who were cut so young to know what it would be like to have their whole body. Nobody but the crazy misfit ever complains, powerfully reinforcing the idea that this was good for them. Cutting a little girl’s genitals is seen as the ‘normal’ thing to do. History is rife with examples of accepted social norms that were later realized to be human rights violations–slavery, foot-binding, honor killings, etc.

If cultural norms are violated, social sanctions are levied against non-conformists. An uncircumcised woman will have difficulty finding a husband. She may be shamed and stigmatized by her peers and be seen as dirty and undesirable. Social status can be downgraded and even the whole family may be excluded and even ostracized from the community. These forms of social pressures for conformity are very similar to how our culture body shames intact men.

Which Social Roles Dominate the Issue?

We are told this is forced on women by the men. While there are likely social pressures from both genders, in the large majority of cutting cultures, it is the elder women of the tribe or the grandmothers who have the cultural authority to cut the girls, while it is the elder men who cut the boys. Just like in America, we hear that the husband has the penis, so only he would know what’s best for a son. It’s the father’s choice since he may want his son to look like him. Although in America, mothers often have considerable influence on whether or not their son/s are cut.

“Much of the time, grandmothers will take the initiative to have a girl cut. They can override the views of other family members, including fathers, and may take the girl to be cut without the parents’ knowledge. Grandmothers can also exert influence from a considerable distance; those in Africa can even shape the views of parents in the diaspora. Some of the other older women told me their fathers had told them that they should not be circumcised, and it was the mother, grandmother, aunts, or other female relatives who overruled the father. Female elders are often the staunchest supporters of the practice and those most likely to resist campaigns to eradicate it. (5)”

This surprises Western activists as we are told that men–not women–support and carry out the cutting. Such myths unintentionally lead to problems when trying to create effective programs to end FGC.

“In Ethiopia, for instance, it has been observed that: It was girls – not adults – who most favored genital modification, largely because of peer pressure; this in itself is a reflection of the importance girls attach to social acceptance and preserving their reputation in readiness for marriage. While younger girls in Oromia often refuse to be circumcised, teenagers are more likely to succumb to peer pressure.” (5)

Most Victims of FGM Support Their Cutting

Western activists imagine swooping in to the cheers of their victims. They are shocked that just like in America, where most men support their cutting, women victims of FGM often claim they prefer being cut and it even improved their sex life. (6)

“I have been circumcised, and my daughters will be circumcised too. This is our custom and tradition!”
See how one woman responded to DW’s Jaafar Abdul Karim in the Sudan where 88% of women are genitally mutilated.” (7)
https://www.facebook.com/dw.stories/videos/1349429331835468/

Most FGC victims do not see themselves as victims and do not WANT to see themselves as victims. Women who are circumcised are seen as desirable. Whole ‘uncut’ women are seen as dirty and disgusting. Women are told their normal body is ewwwy and smelly and undesirable to men. They are told there are medical benefits and that it improves sexual function, reduces odors and nasty smegma, and improves appearance. Just like American boys, these cutting cultures are told it’s a small flap of skin that has no real function.

In this video, you see two examples of cultural ignorance surrounding the harms and repercussions of child genital cutting. One is in Somalia, the other is in North Dakota. Same biases, same attachment to perpetuate the cycle, different cultures.

Due to our lack of understanding of FGM, despite FGM activists receiving millions of dollars in donations to fund numerous campaigns, our culture has done very little to reduce FGM worldwide. In America FGM is on the increase, especially since the release of Dr. Nagarwala, which showed we were powerless to prosecute a solid case on our own soil. Unless we understand why FGM occurs, who chooses it and how it harms, our efforts will continue to flounder and little girls in the USA and worldwide will continue to suffer because of the myths we tell ourselves. Hypocrisy makes for a very weak platform for social change.

In the next email we will discuss how to end FGM successfully and how it will take Western culture, including you and me, to acknowledge that ALL children deserve the rights to their whole body, and that no excuse, whether trivial medical benefits, religion or culture can justify taking knives to the genitals of small healthy children!

(6) Circumcised women uncritical of the ritual
Women who have been subjected to genital cutting are too rarely critical of what they have undergone.
Linda Karoline Ringstad
Tuesday 25. June 2013 – 06:36
https://sciencenorway.no/culture-forskningno-norway/circumcised-women-uncritical-of-the-ritual/1387805

Emails in the Series FGM to MGM (5 Emails)

If you enjoyed this post, please consider leaving a comment or subscribing to the RSS feed to have future articles delivered to your feed reader.
By Change-Links|2022-02-01T16:18:16-05:00February 1st, 2022|Africa, Girls, Health, Health Care, Historical, Uncategorized|0 Comments