Which Way Forward for the Movement Against Police Terror?

The state response to the tremendous, ongoing upsurge sparked by the outrage of the Black people of Ferguson MO to the police killing of Michael Brown, magnified nationally by the #BlackLivesMatter movement, amplified by unrest and protests in New York, Los Angeles, the Oakland/SF Bay Area, Minnesota, Cleveland, Baltimore, and numerous other cities, is now clear.
It has three aspects: blatant increase of police terror, particularly against Black and Brown women, children and men; attempts to coopt the movement into minor policy and personnel changes; and selective repression against activists and family members.
The first part of the response is clear from the numbers: as many as 100 killings a month since the beginning of 2015. Many are captured on video. A few have resulted in prosecutions; most are greeted with paid suspensions from duty and internal investigations. The message is straight from the schoolyeard: Nyah-nyah-nyah, you can’t stop me!! It’s meant to shut down protest through a sense of futility.

The third aspect is evident through such measures as the attempt to force Black Lives Matter protesters at the Mall of the America to pay for the business lost due to the protests.
This aspect has also been clear here in southern CA with heavy charges being brought selectively against protesters. Pasadena police arrested organizer Jasmine Richards. She has been targeted by the Pasadena PD for organizing for justice for ?#?KendrecMcDade? and her work with the ?#?BlackLivesMatter? movement. The courts socked her with a  $90,000 bail after charging her with “making terrorist threats.”  Shalana Little, an L.A. protester, is facing five years. Her trial was continued until June 4 in Dept. 56 at 8:30 am in the downtown LA Criminal Courts building. Her charges include: Lynching and 3 counts of resisting an officer (felonies), and failure to disperse and obstruction of sidewalk (misdemeanors). Lynching is the crime of removing someone from custody. 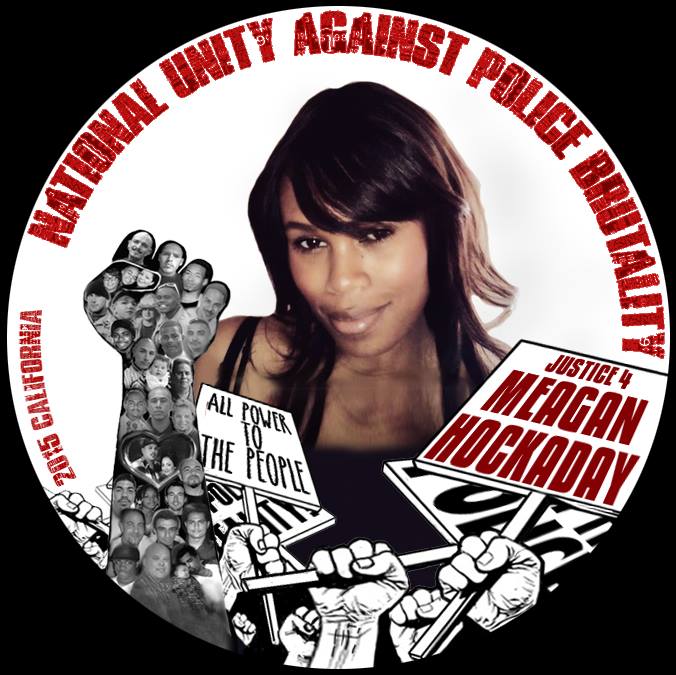 But in addition to these two coercive responses, the other part of the state response is cooptation. In some ways this is more dangerous, because of the seductive attractiveness of reform within the system as a means to deviate the revolutionary potential of resistance. It’s typically followed by candidates of corporate political parties putting themselves forward as spokespeople for policy changes that will “solve the problem.”

However, you can’t begin to solve a problem until you correctly identify it. The problem of racist police murders with impunity is rooted in the nature of policing as part of the entire “criminal justice” system, which in turn is embedded in the entire system of capitalism, colonialism and white supremacy. Policy band-aids will do nothing to solve the problem — the entire underlying system of oppression and exploitation must be confronted and overcome. Police body-cams are another means of surveillance, not a means to limit police abuse of power. Community policing is a tactic for creating a snitch culture, implanting safe, system-controlled, spokespeople prepared to get along by going along.

That’s not to say that there are no actions and methods of organizing that be undertaken to address the issue. Disruptive protest, exposing and undermining the web of white supremacist institutions and relationships that support the role of police as an occupying army, will be of continuing relevance. However, it must be supplemented by other approaches, such as cop-watching. Cop-watch patrols have less to do with affecting the behavior of the cops, because repeated recent cases have shown that videotaping doesn’t prevent police murders, as with affecting the culture and consciousness of the communities being policed. Cop-watch can help communities lose their fear of the police, and also take responsibility for their own harmony-keeping and social development, building solidarity and overcoming isolation and alienation. People’s tribunals that put the police on trial can also be effective tactics at community building and the self-care of people and families victimized by state terror. Similarly, the right of self-defense must be asserted, not merely rhetorically, but in communal practice.
Given the repression coming down on organizers, politically-based legal defense efforts, can be an effective counter-attack against state repression, especially ones that begin to encourage all those facing charges (for economic and victimless social crimes used by system to fill the jails and prisons) to exercise rather than waive their rights in court, potentially causing a breakdown of the colonial court system designed to force plea bargains without trial.

In addition, solidarity with incarcerated people, who have been put behind bars and kept there by the white supremacist, capitalist system of policing and courts, is essential. Prisoners have been leading in consciousness raising and resistance for some time. Connecting prison solidarity with the struggle against police abuse, brutality and criminality will be an important step forward, because it also helps to address the underlying economic reality of exploitation that the police and prisons enforce. Also, given the large number of people affected by the prison-industrial complex and mass incarceration, this can be a critical element in sinking deep and abiding roots within the community, which will be essential to withstanding the repression, delegitimizing and undermining the power of the police state, and building the capacity to win liberation from a deadly and crumbling system.
https://ara-la.tumblr.com/post/117063985845/which-way-forward-for-the-movement-against-police

Michael Novick is a member of the editorial and production crew of Change-Links, editor of Turning The Tide: Journal of Inter-communal Solidarity and moderates the Stop Police Abuse Now! list at https://groups.yahoo.com/group/stop-polabuse. He can be reached at antiracistaction_la@yahoo.com and welcomes feedback on this article.

If you enjoyed this post, please consider leaving a comment or subscribing to the RSS feed to have future articles delivered to your feed reader.
By Change-Links|2015-05-02T02:19:36-05:00May 2nd, 2015|Anti-Racism/Racism, Michael Novick|0 Comments