What We Can Still Do To Support Standing Rock

The Standing Rock Sioux Nation and their Native and non-Native allies continue in their collective struggle, Oceti Sakowin, to protect the water (Missouri River, a source of water to millions of people) and sacred Mother Earth, including ancestral burial grounds of the Standing Rock Sioux, from the desecration and pollution threatened by the construction and use of the Dakota Access Pipeline Project (DAPL).
The US has been told (for hundreds of years) by Indian elders not to desecrate Mother Earth. Now we’ve entered a period when the world’s leading climatologists have been telling us (for decades) that burning fossil fuels leads to greenhouse gas pollution and destabilization to our atmosphere culminating in extreme climate change. Scientists predict that warming temperatures, melting glaciers and ice sheets, acidifying and rising seas, droughts and floods, and intense storms will spell doom for hundreds of millions of humans and mass extinctions of many species. Yet forces in US society perpetuate fossil fuel use because they profit in the short term. They’re willing to sell out future generations. We should be keeping fossil fuels in the ground and converting our infrastructure to operate on renewable forms of energy. 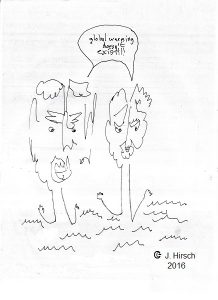 Construction of the pipeline to access North Dakota’s Bakken oil fields has destroyed sacred burial grounds, prayer sites and cultural artifacts, and can contaminate the tribe’s water supply and impact more than 17 million downstream.
The pipeline was rerouted through tribal lands when other citizens of North Dakota rejected it to protect their community’s water. It’s another example of the environmental racism that tribes have experienced since conquest. More than 300 tribes across America and millions of people around the globe have pledged support for Standing Rock. Many celebrities, including Leonardo DiCaprio, Mark Ruffalo, Robert Kennedy, Jr., Susan Sarandon, Jane Fonda and Dr. Jill Stein have spoken out in solidarity. Read more at https://indiancountrytodaymedianetwork.com/2016/11/16/standing-rock-sioux-tribe-releases-documentary-urge-obama-listen-166486 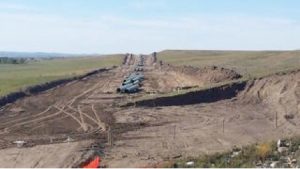 The DAPL, that would cross unceded indigenous territory, is a violation of sovereign rights, culture and treaty commitments of the Standing Rock Sioux. The fast-track process of approval disregarded key US legislation, including the Clean Water Act, the National Environmental Policy Act, and the National Historic Preservation Act. No proper environmental impact study was performed, and no consultation was sought from the indigenous community.
The Oil Companies have entered sacred grounds of the Standing Rock Sioux Indians. They’re preparing to drill under the Missouri River without a permit. They have desecrated sacred burial grounds. Pepper spray, rubber bullets and harsh treatment of protestors is happening there now. All the Oceti Sakowin want is to be left in peace and to protect their right to clean water. The media does not want to talk about this so we have to defend them. We need everyone’s help on this.

Updated List Of Numbers – Please call these numbers expressing your concern over the DAPL and your opposition to the brutality being inflicted upon prayerful, non-violent water and Mother Earth protectors.

More Information: The Standing Rock Sioux Nation band council website: https://standingrock.org
The Standing Rock Sioux Tribe is a federally recognized tribe of American Indians. 81 Federal Register 26826, 26830 (May 4, 2016). Under the Indian Tribal Government Tax Status Act of 1982, 26 U.S.C. 7871 et seq. , Indian tribes are treated like states for purposes of federal income, estate and gift tax deductions for charitable contributions.
Visit The Intertribal Camp & Support The Standing Rock Sioux Tribe’s Opposition To The DAPL: Invitations have been sent out welcoming those who feel moved to come to the Camp in North Dakota in support of its work. Directions to facilities providing accommodations operated by the Standing Rock Sioux Tribe can be found at https://standingrock.org/visit-us/
If you come stay at the Camp itself and camp, be prepared to provide for all of your own winter camping needs. It has been suggested from numerous sources that for camping at the Camp you should be self sufficient for needs that might include transportation (snow tires/chains), winter camping shelter, potable water, heat sources, appropriate and adequate winter clothing (including boots, gloves/mitts, headwear, work clothes, etc.), food, snow shovel, communication devices, etc.

Camp Info / Oceti Sakowin – from https://standwithstandingrock.net/oceti-sakowin/
The Oceti Sakowin Camp represents a historic gathering of Indigenous Nations. The most recent such assembly of Tribes occurred when the Great Sioux Nation gathered before the Battle at the Little Big Horn.
The Standing Rock Sioux Tribe supports the peaceful and prayerful message of the Oceti Sakowin leaders and desires to assist with options for their Camp before winter sets in. The on-reservation camp will allow the tribe to explore and pursue considerations for a camp and longer term ways to meet the needs of the community that is 100% off-the-grid, featuring Solar & Wind power generation.

Camp Etiquette from https://standwithstandingrock.net/camp-etiquette/
The Tribe is not responsible for the Camp. The Tribe will provide basic services, such as portable restroom facilities & trash removal. When you’re at the Oceti Sakowin Camp, please observe the following guidelines:
Please come in a peaceful and prayerful manner.
Please come prepared to be self-sufficient. You are expected to take care of yourself.
Please keep your area clean and sanitary.
Please help out to keep the Oceti Sakowin camp tidy and respect Mother Earth.
Please volunteer with camp chores.

If you enjoyed this post, please consider leaving a comment or subscribing to the RSS feed to have future articles delivered to your feed reader.
By Change-Links|2016-12-07T23:03:43-05:00December 7th, 2016|Anti-Racism/Racism, Greg Foisie, Historical, Indigenous Nations|0 Comments