Trump Is the Symptom, Not the Disease

Trump Is the Symptom, Not the Disease

Forget the firing of Comey, the paralysis in Congress, or the press that covers our descent into tyranny as if it were a sports contest between corporate Republicans and corporate Democrats. The crisis we face is the result of a decades-long corporate coup that has rendered the citizen impotent, left us without authentic democratic institutions and allowed corporate and military power to become omnipotent. This has spawned a system of legalized bribery and empowered public figures who master the arts of entertainment and artifice. Trump is the symptom, not the disease. 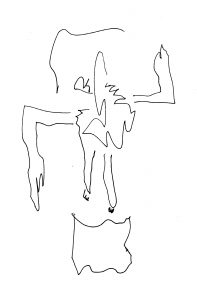 Our descent into despotism began with the pardon of Richard Nixon, whose impeachable crimes are now legal, and the extrajudicial assault, including targeted assassinations and imprisonment, carried out on dissidents and radicals, especially black radicals. It began with corporate-funded entities that took control of the press, the courts, the universities, scientific research and the two major political parties. It began with militarized police and the system of mass incarceration and the death penalty. It began with stripping our basic rights—privacy, due process, habeas corpus, fair elections and dissent. It began when big money was employed by political operatives to create negative political ads to deceive the public, turning political debate into burlesque. A narcissist and imbecile may be turning the electric shocks on and off, but the problem is the corporate state, and unless we dismantle that, we’re doomed.

“What’s necessary for the state is the illusion of normality, of regularity,” political prisoner Mumia Abu-Jamal told me last week by phone from Frackville, Pa. “… In Rome, what the emperors needed was bread and circuses. [Here], what we need is ‘Housewives of Atlanta.’ We need sports. The moral stories of good cops and evil people. Because you have that …. there’s no critical thinking during this period. You have emotion [only].  Someone who’s demonized, I can do anything [to him or her]. I can do anything. That’s how the state works, by demonizing people and putting them in places where they’re virtually invisible.” 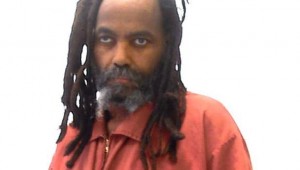 “Here’s the reality,” he went on. “[The US] has never come to grips with what scholars call the Original Sin, because it never stopped happening. This country brags about being founded on freedom. It was founded on slavery. It was founded on holocaust. It was founded on genocide. After slavery ended, after the Constitution was rewritten and amended, we have the Reconstruction amendments, the 13th, 14th and 15th amendments. But what did the South do? They ignored it for a century.”

“It isn’til the ’60s that you see this rich emergence of people fighting for rights that were enshrined in the Constitution a century before [between 1865 and 1870],” he said. “That’s because every state in the South and many states in the North were allowed to make exceptions to the Constitution when it came to black people. We learned that’s not just a Southern reality. You can’t talk about the Antiterrorism and Effective Death Penalty [Act of 1996] unless you have the same mindset that makes the Constitution an exceptional document.”

Trump, an acute embarrassment to the corporate state and the organs of internal security, may be removed from the presidency, but such a palace coup would only further consolidate the power of the deep state and intensify internal measures of repression. Millions of people, including the undocumented, those who have felony convictions, those locked in cages and poor people of color, have already been stripped of their rights, and some have been indiscriminately murdered by police. Their reality of daily state terror will spread and become normal with or without Trump, unless this process of corporate pillage is halted.

In Abu-Jamal’s book “Live From Death Row,” he recounts his protest at a 1968 rally in Philadelphia by George Wallace during one of the Alabama governor’s runs for the presidential nomination. Abu-Jamal writes of attending the rally with three other black teenagers: “We must’ve been insane. We strolled into the stadium, four lanky dark string beans in a pot of white, steaming limas. The band played “Dixie.” We shouted, “Black Power!” They shouted, “Wallace for president! White power!” and “Send those niggers back to Africa! We shouted, “Black power!” In answer, we received spittle from those above. Patriots tore flags from their standards and hurled the sticks at us. Wallace, wrapped in roars of approval, waxed eloquent. “When I become president, these dirty, unwashed radicals will have to move to the Sov-ee-yet Union! Well, I hope they have the guts to lay down in front of my car. I’ll drive right over ’em!” The crowd went wild.” 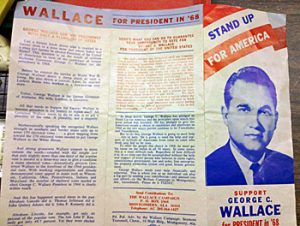 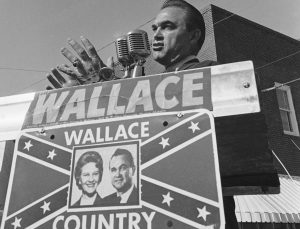 “Some police and security came,” Abu-Jamal told me about the incident. “They escorted us out. A guy walked up and hit me with a blackjack. Knocked me down. Pulled Eddie and Alvin off the bus. We were getting our asses kicked.”

“I remember seeing a cop’s leg walk by,” he said. “I shouted help! Help, police! The guy looked down at me, walked over and kicked me in the face. Then it dawned on me these guys were cops. That was a little taste of Philadelphia. I can hear Trump [echo it] saying, ‘Beat the hell out of them.’ It’s like the old days. Those weren’t good days. Those were ugly days.”

Abu-Jamal’s experience embodies the endemic racism of the court system that railroads young black men and women into prison. The FBI placed him under surveillance when he was 15 years old. His crime was to be a dissident. He was followed, hauled in for questioning at random and threatened.

The 60s and 70s saw a war on black radicals, which included FBI assassinations of leaders such as Fred Hampton. This war against radicals, President Nixon’s so-called battle for “law and order,” put the police, the FBI and other organs of internal security beyond the reach of the law. This power has only expanded since.

By 1977, Abu-Jamal, distressed by the feuding that tore apart the Panthers, had developed a close relationship with members of the MOVE organization. MOVE members lived communally, ate natural foods and denounced established black leaders as puppets of the white, capitalist ruling elites. The Phila. PD besieged MOVE in late 1977. On Aug. 7, 1978, a gun battle erupted. A police officer was killed. Delbert Africa, a MOVE member, was savagely beaten in front of television cameras. Nine MOVE members would be charged with murder. The trial was a farce. Two of the nine, Merle and Phil Africa, have died in prison.

The police and the FBI were determined to root what remained of MOVE out of the city with enough brutality to discourage any other black radicals. Abu-Jamal was convicted of the 1981 murder of Daniel Faulkner, a white police officer. His trial was a sham. It included tainted evidence, suppressed defense witnesses, prosecution witnesses that contradicted their earlier testimony, and a series of unconstitutional rulings by a judge out to convict the defendant. Terri Maurer-Carter, the stenographer at the trial, later signed an affidavit stating that during the trial she overheard the judge, Albert Sabo, say of Abu-Jamal, “I’m gonna help ’em fry the nigger.” Sabo sent 31 people to death row, more than any other judge in Pennsylvania.

“On May 12, Sunday, Mother’s Day 1985, our home was surrounded by hundreds of cops who came out there because of our unrelenting fight for our MOVE sisters and brothers known as the MOVE 9,” Ramona Africa told me in an interview last week. “Now, 39 years later, this August, they are still in prison. They became eligible for parole in 2008. The parole board just refuses to parole them.”

“What people really need to understand is they came to kill, not to arrest,” she said. “They could have arrested at any time. Those running this country, this entire worldwide system, have never cared about black people complaining about their neighbors. Obviously, it was something other than that. Which was our unrelenting fight for our family members who are still in prison. They shot over 10,000 rounds of bullets in on us within 90 minutes. They dropped a bomb.” The bomb ignited a fire that burned down a city block containing 61 homes.

“A conscious decision was made to not fight the fire. When we realized our home was on fire, we immediately tried to get our children, our animals, and ourselves out. The instant we were visible to cops we were met with a barrage of police gunfire aimed at us so that we couldn’t escape that fire. After several attempts, I got out with one of our children, a little boy named Birdie. We were immediately snatched into custody. It was a little later that I found out nobody else [in the MOVE group] survived.” Eleven members of MOVE, including the founder of the group, John Africa, and five children, were killed in the police assault.

“The people who killed my family were never charged, never prosecuted, never imprisoned for anything,” she said. “Meanwhile, my nine MOVE sisters and brothers are in prison with the accusation of murder.”

If you enjoyed this post, please consider leaving a comment or subscribing to the RSS feed to have future articles delivered to your feed reader.
By Change-Links|2017-05-27T03:34:35-05:00May 27th, 2017|Anti-Racism/Racism, Banks, Beyond Capitalism, Chris Hedges, Heroes and Whistleblowers, Historical, Politics, Prisons, Psy-Ops|0 Comments