As we went to press, the Republican-controlled Senate ratified Trump’s third nomination to the Supreme Court, Amy Coney Barrett, a hard right religious reactionary who has opposed the Affordable Care Act, Roe v. Wade abortion rights, ruled repeatedly in favor of cops and prison guards in abuse cases, and testified that global warming is a controversial political issue. She was one of the lawyers who worked on Bush v. Gore, the Supreme Court decision that ended the Florida vote count and allowed Bush to steal the 2000 presidential election, despite, like Trump later, losing the popular vote. This cartoon seems to sum it up pretty well, including the white supremacist mass base for such proto-fascist politics. 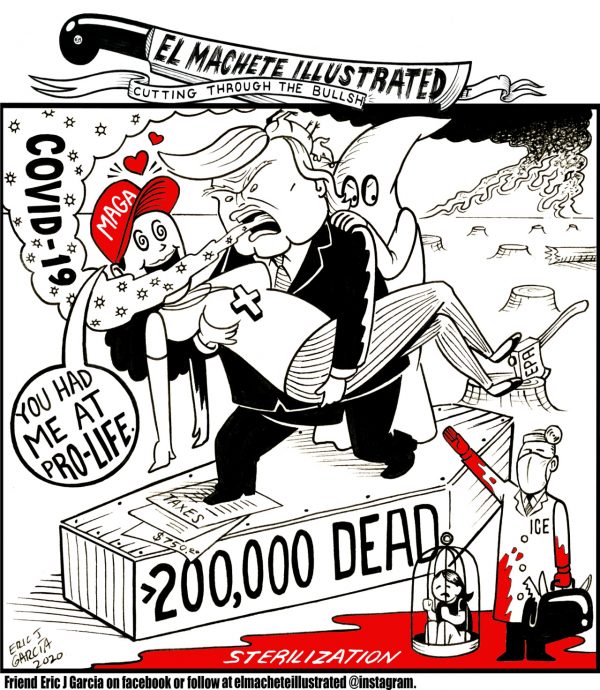 If you enjoyed this post, please consider leaving a comment or subscribing to the RSS feed to have future articles delivered to your feed reader.
By Change-Links|2020-10-29T17:57:52-05:00October 29th, 2020|Commentary, Constitution, Health, Healthcare, Justice/Injustice|0 Comments