Since 2010, Californians have an “open direct primary” election for all state offices, in which all candidates regardless of party are on the same ballot, and only the top two vote-getters appear on the November general election ballot, when many more people vote. This effectively bars “third party” candidates from the general election and can even result in two Dems or two GOP candidates facing off in the fall. Now may be your only chance to vote your conscience. A number of propositions are also on the ballot.

PROPOSITION 69: Requires that certain new transportation revenues be used only for transportation purposes and generally prohibits the Legislature from diverting funds to other purposes.

PROPOSITION 70: Requires that beginning in 2024, cap-and-trade “greenhouse gas emission permit” revenues must accumulate in a reserve fund until the Legislature, by a two-thirds majority, authorizes use of the revenues.

PROPOSITION 71: Provides that ballot measures approved by a majority of voters shall take effect five days after the Secretary of State certifies the results of the election.

(“Read more” links on the League of Women Voters website give details and pro and con arguments.)

All the propositions in the June primary were placed there by vote of the legislature. The state passed a law some years ago placing all voter initiated propositions on the Nov. general election ballot (thus requiring that they win more voters to pass, as compared to the smaller electorate in the primary).

La Original Hermandad Nacional Political Action Committee recommends a “yes” vote on all five of the ballot measures in the June primary.

The Peace & Freedom Party urges a ‘No’ on 68, reasoning that this “bond issue will burden the people of California with increased taxes for years to come, and provide tax-free interest to the rich.” They are neutral on Prop. 69, favoring “progressive taxation to provide for our needs.” P&FP recommends a “No” on Prop 70 as well. “We support simple majority votes for spending bills.” They urge a “Yes” vote on 71 (date propositions become effective) and 72 (property tax reassessment exemption for rainwater capture systems). You can see their full analysis at https://www.peaceandfreedom.org/home/images/VoterGuides/2018-PFP-voterguide-final-version.pdf

The Sacramento Bee and the Los Angeles Times both advocate a “Yes” vote on all measures except Prop. 70 (which requires a super-majority to spend ‘cap-and-trade’ revenues). 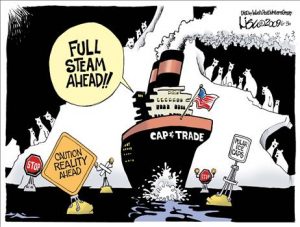 The big problem with Prop. 70 is it does nothing about the greenhouse gas pollution permits that are the basis of “cap-and-trade.”

John Thompson Parker —Peace and Freedom Party candidate, U.S. Senator: John is a coordinator of the International Action Center, a member of the Peace and Freedom Party State Central Committee, and an activist with the Workers World Party. He is a socialist who seeks to represent the working class rather than the billionaires.

C.T. Weber — Peace and Freedom Party candidate, Secretary of State: C.T. Weber was a union organizer, steward, and elected leader (including 4 terms on the California State Employees Association Board of Directors and as SEIU Local 1000, District Labor Council 784 president. He serves as a delegate to the Sacramento Central Labor Council.

Nathalie Hrizi —Peace and Freedom Party candidate, Insurance Commissioner: Nathalie Hrizi is a public school teacher in San Francisco, a union and social justice activist, and editor of the quarterly magazine Breaking the Chains: A Socialist Perspective on Women’s Liberation. She ran for Insurance Commissioner in 2014, winning 212,991 votes, or 5.6 percent of the total cast.

Mary Lou Finley —Peace and Freedom Party candidate, State Controller: Mary Lou Finley advocates reducing the tax burden on working people and shifting it to those best able to pay, the wealthy who benefit from the current economic system. The State Controller serves on 76 boards and commissions, in addition to being the state’s chief bookkeeper and auditor, and is very influential on tax policy and tax legislation. She has been active against police brutality, for freeing Leonard Peltier and other political prisoners, and in campaigns for social justice.

Jordan Mills — Peace and Freedom Party candidate, U.S. Congress: Jordan Mills is an educator and union organizer from Oceanside. He’s spent 25 years fighting for the rights of oppressed people. Since 2000, he’s been a professor and debate coach at Southwestern College in San Diego County. Jordan Mills is the only independent candidate to challenge Darell Issa. The working people of the 49th district need a change from oligarchs and austerity.

If you enjoyed this post, please consider leaving a comment or subscribing to the RSS feed to have future articles delivered to your feed reader.
By Change-Links|2018-05-28T01:49:05-05:00May 28th, 2018|California, California, Los Angeles, Politics, Voting|0 Comments