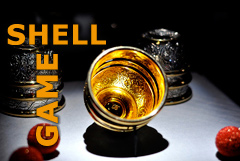 Are you as depressed as I am watching the news from Washington lately? It seems we all are basically watching a shell game going on in regards to the upcoming election and other Washington shenanigans

Yes it’s a rigged game, a lot of fluster and guster but most know what the outcome will be, just a game they are fond of but one of which 90% of us have no stake in. We just hope they don’t screw us too much. See http://www.tax.com.

Today the world is becoming one of mass slavery. Most of which is in Asia, where some workers have been chained to their work table, a portion in Latin American and Africa and many here in the good old USA. Garment factories, slaughter house, farm workers and more.

Most of these are put to work by corporations, directly or indirectly. The idiot running against Barbara Boxer exported ten of thousands of jobs to China, where pay is very low and conditions like sweatshops and paid her self millions for her efforts.

For the next month we will have a depressing parade of Republicans shelling for the corporate bosses and many Democrats sitting on there hands hoping not to offend theirs. Seems only a handful of them will even speak out against corporate excesses and crimes.

Billionaires like the Koch brothers, who are funding the hysterical anti-health care town halls and the Tea Party are spreading around 10s of millions around the country for the benefit of the most reactionary Republicans they can find.

Karl Rove, Bush’s pal, had gotten over 50 millions from a handful of Billionaires, including the Kock Brothers to spend on just this mid-term election.

The Health Care Bill started off weak i.e. no Single Payer consideration, and ended up even weaker. Don’t Ask Don’t’ tell became don’t bother. The Bush criminal tax cuts for the rich, elimination was put off for another day.

Congress has past many a bill to give the rich and corporations hundreds of tax write offs, so many that many get $10,000,000s in rebates. Not many bills for the working and middle class folks.

A personal example of that: A few weeks ago I got a letter from Social Security. They canceled me, canceled my Medicare and said I owed them $2,500. Took me all day to figure out what was going on. Turned out there was a glitch in my last tax returns. My preparer put a wrong number it, thus disqualifying the return and the quarters I had.

Took me another day to try and fix it by filing an amended return. Problem is it can take them 3-6 weeks to rule on it. That’s why I was running an ad for a pro bono lawyer, to check into these things, but haven’t gotten any responses yet.

So its just not the private insurance companies that can screw with you in inhumane ways. .

As we go to press the FBI had raided anti-war and activists homes in Chicago, Minneapolis and other places. Many of those participated in anti-war actions and at the Republican National Convention in 2008. The FBI said it is related to Terrorism charges.

Also the Republicans are waging “caging” campaigns against progressive Democrats. They did this in Florida to get Bush elected. They send out cards to voters, usually to Minority voters. If the card comes back they challenge the voters at polling booths, usually by big guys. Illegal but they are doing in anyway.

Once again what the poor, working and middle classes have to do, is get organized. So organized that they can confront these small groups of rich reactionaries.

We can help as much as we can, but we need a lot more funding and support.

If you enjoyed this post, please consider leaving a comment or subscribing to the RSS feed to have future articles delivered to your feed reader.
By John Johnson|2010-10-02T13:14:55-05:00October 1st, 2010|Featured, Independent Media, John Johnson|0 Comments