A Victory for the People and the Constitution

In a news release on Tuesday, July 21, 2021 it was reported that the “Oxnard Police Department Will Work With District Attorney’s Office to Vacate Civil Gang Injunctions”

Since 2004, Chiques Organizing for Rights and Equality (CORE), has been organizing and fighting in the community and the courts for the total rescission of the two unconstitutional Oxnard Civil “Gang” Injunctions. Our CORE fight has been foundationally based on the constitutional principal, enshrined in the 14th amendment that states, “No State shall make or enforce any law which shall abridge the privileges or immunities of citizens of the United States; nor shall any State deprive any person of life, liberty, or property, without due process of law; nor deny to any person within its jurisdiction the equal protection of the laws.”

From their inceptions the “cut and paste” Oxnard Civil “Gang” Injunctions, enacted into law by the Ventura County District Attorney’s Office and enforced by the Oxnard Police Department, have been grievously flawed in their constitutional overreach and scope. Subsequent permutations of the original Oxnard Civil “Gang” Injunctions have been challenged in court and have continuously failed to pass constitutional muster, as they glaringly continue to disregard and neglect to protect the individuals that are targeted and deprived of their constitutionally protected due process rights.

In conceding that the Oxnard Police Department could not meet the mandatory constitutional requirement to insure that every youth and adult that was targeted in Oxnard was going to receive due process, OPD Chief Scott Whitney stated, “We always looked at the gang injunctions as one tool, of many, in our efforts to reduce gang crime. When we announced our intent to seek the first injunction, we saw an immediate decrease in gang activity. … Over time, gang behavior has evolved and court decisions restricted our use of the injunctions. Both of these factors made the injunctions less impactful in lowering gang crime. Since 2017, we have been unable to enforce the two injunctions. In our continuing efforts to best use our limited resources, we have determined that we will no longer maintain and enforce the two injunctions.” 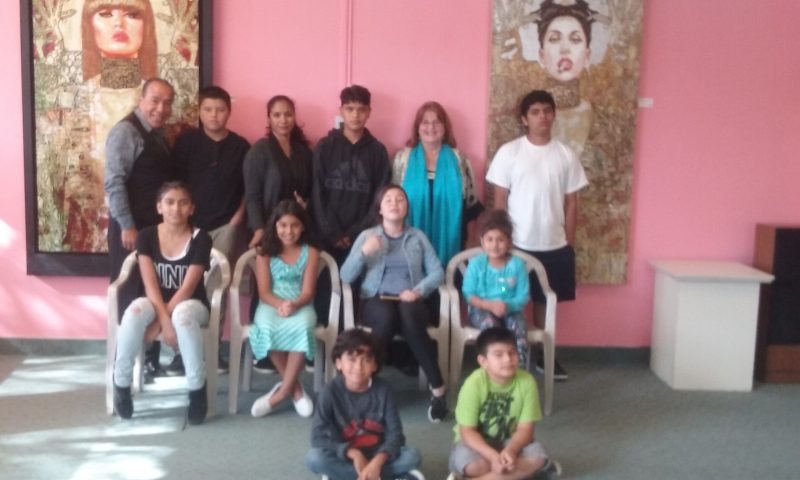 It is now 2020, and the Black Lives Matter Movement, CORE, and other activism have placed the national and the local spotlight squarely  on police misconduct and the subsequent demands for national law enforcement reform. This unique  and historical moment presents the Oxnard City Council members with the perfect opportunity to rescind the unconstitutional Oxnard Civil “Gang” Injunction and begin the honest, transparent and democratic movement to envision, create and implement a 21st century “community safety” paradigm that is community driven and controlled.

The elected members of the Oxnard City Council have the power and the clear obligation to formally order the Oxnard Police Department to immediately and permanently stand down and cease enforcing all aspects of the Oxnard Civil “Gang” Injunction. That action alone will result in the permanent death of the unconstitutional Oxnard Civil “Gang” Injunction. CORE and our community supporters and friends urge the Oxnard City Council members to act on this community law enforcement reform which will immediately reinstate the constitutional “privileges or immunities” protected by the 14th  Amendment’s Due Process Clause to all residents of Oxnard.

As Melanie Ochoa, Attorney for the ACLU of So California, states, ”Injunctions turn common behavior into crimes, such as possessing everyday items like cell phones, drinking alcohol on your own front porch or in a restaurant, and associating with people the police also claim are gang members — even your own family. Officers’ gang designations are drawn from stereotypes and preconceptions based on clothing—anything from plaid shirts to basketball shorts to khakis—that they deem “gang attire,” associates, and if someone lives or socializes in alleged “gang areas”—which can include an entire community. Officers use injunctions to circumvent the protections afforded by a criminal prosecution, which is exactly why gang injunctions have been a significant tool in the LAPD’s arsenal despite no evidence they create a significant or sustained crime reduction. What they provide is the justification to stop, harass, and arrest Black and Latino community members.”

In a 2017 class action lawsuit, which included the Youth Justice Coalition, the ACLU and co-counsel Urban Peace Institute and Munger, Tolles and Olson challenged the city of Los Angeles’s enforcement of injunctions without first providing a hearing on active gang membership, claiming this practice violated their constitutionally protected due process rights. A federal court agreed, finding that the process was prone to error and granting a preliminary injunction prohibiting the city from enforcing its injunctions against anyone who has not had the opportunity to challenge the designation in court before they were made subject to the injunction. This is why the Oxnard Police Department in 2017 secretly suspended the enforcement of the two Civil “Gang” Injunctions in the Oxnard, they knew that if a class action lawsuit was filed they would probably be on the costly and losing end of a class action lawsuit.

So it is not surprising but extremely revelatory to CORE and other Civil Rights watchdog groups that by 2018 the OPD desperately attempted to amend their fatally flawed Civil “Gang” Injunction language and protocol that would include some half-baked cops administered “Magistrate” hearing to determine active gang participation. This internally administered OPD kangaroo court that would determine active gang participation did not meet the legal standard of the Due Process clause and was stuck down by the court as vague and would not pass constitutional muster.

At the heart of the Ventura County District Attorney’s Office of the 2018 decision to dismiss all three cases was the incredibly damaging revelation of ineptitude exhibited by the DA and the OPD. They did not have the necessary police intelligence, legal information or supporting data to prove that these three enjoined “gang members” were still active in the “Colonia Chiques or Southside” gangs. The OPD and the DA’s offices had nothing but hot air and promises of getting the legal the appropriate constitutional due process protection language incorporated into the new legal service documents right to the courts

We have written extensively on the many fatal legal flaws of the cut and paste Oxnard Civil “Gang” Injunction. As Senior Ventura County Public Defender William Quest was quoted, “The only three cases we had, all three of them got dismissed. That shows you something.” The DA and the OPD have nothing on many of the enjoined “gang members”, except highly questionable intelligence gathering tactics that they have developed over the years that are now being revealed to be nothing more that cursory, superficial and illegal “profiling” of Oxnard youth. Remember the OPD has been illegally harassing, profiling, arresting and enjoining our youth and adults for the past 16 years. Yet the DA and the OPD could not produce even cursory police intelligence to the Superior Courts when it is demanded.

So now, 2020, the DA and the OPD are left with egg on their collective faces as the defense attorneys of the enjoined, the Ventura County Public Defender’s Office, the local courts are demanding that the local policing authorities produce forensic (real) evidence that legally supports their determination to enjoin an individual as a “gang member”. So it appears that as of Tuesday, July 21, 2020 the OPD and the DA have thrown in the towel and are in the process of abandoning the horrific, damaging and unconstitutional draconian policing “tool”

District Attorney Greg Totten stated for the record, “I respect the decision by Chief Whitney to cease enforcement of the gang injunctions in Oxnard, where gang association and related crime has evolved from street corners to smart phones. As gangs adapt their methods of perpetrating crime, so must law enforcement in order to bring those who commit violent gang crimes to justice.”

CORE has argued for 16 years that the DA and the OPD played and exploited the ignorance and fears of gullible and vulnerable residents, then proceeded to roll out their quick fix “gang policing tool” on the backs and minds of an unsuspecting class of Oxnard residents to appease the local electorate. What the DA and the OPD never took seriously into account was the lives that this unconstitutional law from hell would irrevocable alter or destroy.

16 years later and hundreds of youth and adults illegally targeted and enjoined, we now know that the DA and the OPD never, not from the 2004 start and not now 2020, had any intention of doing the necessary professional administrative and objective intelligence, data gathering and police/legal documentation that was required to assure that all individuals that were the target of the Oxnard Civil “Gang” Injunction were afforded and guaranteed their constitutionally protected due process rights. The DA and the OPD arrogantly brushed aside or simply ignored the Constitution.

CORE, along with many social justice activist and organization have argued that one of the best ways to address youth or adult dysfunction is to provide universally available culturally and ethnically congruent educational, artistic, community building projects (work) and social services that help build up a troubled individual and group’s inherent human propensity to “do the right thing”.

Loving all our sisters and brothers, common sense, and working hard to improve our community one person at a time takes a lot of soul searching, dedication and time, but relatively very little money. Love and commitment are free. The OPD’s budget for fiscal year 2020-2021is roughly $70,000,000 and this astronomical figure will continue to grow in the coming years. Oxnard we can do better — community safety for much less when it involves the entire community in community wellness and safety!

This is now 2020 and in Oxnard like much of America we are more fearful and polarized than ever. We continue to mindlessly throw money at the cops for safety concerns, problems and issues that they are not professionally trained or prepared to address much less resolve. The fear of “them” is in our individual hearts and must be addressed and resolved by our individual opened and loving hearts and minds. The cops cannot solve the fear and pain that lurks in our hearts and minds, only love can.

Why not take a radical step toward a new community safety paradigm that is love driven, innovative, culturally and ethnically congruent community. We have nothing to lose but feat itself; while at the same redemptive time we create a love spot in our hearts where once there was only fear.

The Oxnard Civil “Gang” Injunction is now dead! Long live the power of the people and let us all work hard to make Oxnard, the city we all love into a national model of community wellness and safety. 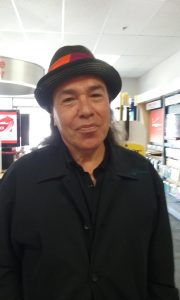 If you enjoyed this post, please consider leaving a comment or subscribing to the RSS feed to have future articles delivered to your feed reader.
By Change-Links|2020-08-01T18:26:24-05:00August 1st, 2020|Activism, Anti-Racism/Racism, Chican@-Mexican@-Latinx, Constitution, Gentrification/Displacement, Ventura County|0 Comments