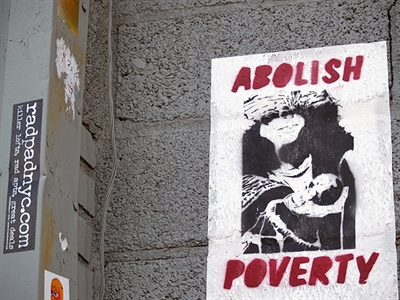 To the unemployed, sick, disabled and poor:

I’m unemployed over two years now, a 99er without any benefits for three months. I followed Unemployed Friends almost from its start, never posted until now, but am grateful for my time with you all. I did as asked with calls and e-mails, etc. I’ve a confession to make to you all. I’m a criminal.

I’ve obeyed the 10 commandments and all laws except: I’m unemployed and that’s now a crime, I’m poor and that’s a crime, I’m worthless surplus population and that’s a crime, I’m a main street American Citizen born and raised in the USA and that’s now a crime, and I’m euthanizing myself as I write this note — so arrest my corpse. This isn’t a call for help, the deed is done, it’s not what I wanted. Death is my best available option. It’s not just that my bank account is $4, that I’ve not eaten in a week, not because hunger pangs are agonizing (I’m a wimp), not because I live in physical and mental anguish, not because the landlady is banging on the door non-stop and I face eviction, not that Congress and President have sent a strong message they no longer help the unemployed. It’s because I’m a law abiding though worthless, long-term unemployed older man who is surplus population. Had I used my college education to rip people off and steal from the elderly, poor, disabled and main street Americans I would be wearing different shoes now — a petty king. Hard work, honesty, loving kindness, charity and mercy, and becoming unemployed and destitute unable to pay your bills are all considered foolishness and high crimes in America now. Whereas stealing and lying and cheating and being greedy to excess and destroying the fabric of America is rewarded and protected — even making such people petty king and petty queens among us.

Since the end of 2008, when corporate America began enjoying the resumption of growth, profits have swelled from an annualized pace of $995 billion to the current $1.66 trillion as of the end of September 2010. Over the same period, the number of non-farm jobs counted by the Labor Department has slipped from 13.4 million to 13 million — there is no recovery for the unemployed and main street. We taxpayers have handed trillions of dollars to the same bank and insurance industry that started our economic disaster with its reckless gambling. We bailed out General Motors. We distributed tax cuts to businesses that were supposed to use this lubrication to expand and hire. For our dollars, we have been rewarded with starvation, homelessness and a plague of fear — a testament to post-national capitalism.

Twelve years ago, I lost the last of my family. Ten years ago, I lost the love of my life, couldn’t even visit him in the hospital because gays have no rights. I fought through and grieved and went on as best I could. Seven years ago, I was diagnosed with Diabetes and Stage 2 high blood pressure with various complications including kidney problems, mild heart failure, Diabetic Retinopathy. These conditions are debilitating and painful. I am on over eight prescribed medications, which is very difficult without insurance and income. But I struggled on and my primary caregiver was very pleased with my effort overtime with my A1C at seven. Still these physical disabilities have progressively worsened, and I have had a harder and harder time functioning in basic ways. All the while, I give thanks to God because I know there are many more worse off than me — and I tried to help by giving money to charities and smiling at people who looked down and sharing what little I had.

I am college educated and worked 35 years in management, receiving written references and praise from every boss for whom I worked. Yet, after thousands of resumes, applications, e-mails, phone calls, and drop ins, I’ve failed to get a job even at McDonalds. I’ve discovered there are three strikes against me — most 99ers will understand. Strike one — businesses are not hiring long-term unemployed — in fact many job ads now underline “the unemployed need not apply.” Strike two — I am almost 60 years old. Employers prefer hiring younger workers who demand less and are better pack mules. Strike three — for every job opening I’ve applied, there are over 300 applicants according to each business who allow a follow up call. With the U3 unemployment holding steady at 9.6percent and U6 at 17 percent for the past 18 months, the chances of me or any 99er landing a job is less than winning the Mega Million Jackpot. On top of that, even the most conservative economists admit unemployment will not start to fall before 2012 and most predict up to seven years of this crap.

I believe the Congress and President have no intention of really aiding the unemployed — due to various political reasons and their total removal from the suffering of most Americans, their cold-hearted, self-serving natures. Had they really wanted to help us, they could have used unspent stimulus monies or cut foolish costs like the failed wars or foreign aid, and farm subsidies. The unspent stimulus money alone cold have taken care of ALL unemployed persons for five years or until the unemployment rate reached 7 percent if Congress and the President really wanted to help us — and not string us all along with a meager safety net that fails every few months. In any case, if I were to survive homelessness (would be like winning the mega-millions) and with those three strikes against me, in seven more years, I’ll be near 70 with the new retirement age at 70 — now who will hire an old homeless guy out of work for nine years with just a few years until retirement?

So, here I am. Long term unemployed, older man, with chronic health problems, now totally broke, hungry, facing eviction. My landlady should really be an advocate for the unemployed — she bangs on my door demanding I take action. A phone call and a “please” are not enough for her — she is angry. She is right to be angry with me, I am unemployed — as apparently everyone is now angry with us unemployed.

Two hundred and eleven and social services cannot help single men. Food banks and other charities are unable to help any more folks — they are overwhelmed with the poor in this nation. So I have the “freedom” to be homeless and destitute and “pursue happiness” in garbage cans and then die — yay for America huh? It’s the end of November and cold. A diabetic homeless older person will experience amputations in the winter months. So I will be raiding garbage cans for food, as my body literally falls apart, a foot here, a finger there. I have experienced and even worked with pain from my diseases — hardship I can face. I just cannot muster the courage to slowly die in agony and humiliation in the gutter.

I have no family, I have no friends. For the past two years, I’ve had nobody to talk with as people who knew me react to the “unemployed” label as if it were leprosy and contagious. I am not a bad person, in fact people really like me. But everyone seems to be on a tight budget these days and living in incredible fear. It is hopeless since we all are hearing more and more that we unemployed are to blame for unemployment, that we are just lazy, that we are no good, that we are sinners, that we are druggies, yet we are the victims who suffer and are punished while the robber baron banksters and tycoons become senators, congress, presidents and petty kings. So the only option left for me is merciful self euthanasia.

It is with a heavy heart that I have set my death in motion, but what I am facing is not living. So off I go, I have made peace with God and placed my burden on Jesus and He forgives me. This nation has become evil to the core, with cold-hearted politicians and tycoons squeezing what little Main Street Americans have left. It is not the America into which I was born — the land of the free and the home of the brave with kind folks who help neighbors — it is now land of the Tycoon-haves and the rest of us have-nots who march into hopelessness and despair.

Every unemployed person I have met over these past two years have been saintly. Sharing what little they have, and being charitable — being kind and patient and supportive. Isn’t it amazing that we Americans who suffer so much, have not taken to the streets in violence, riots or gotten out the guillotines and marched on tycoons and Washington in revolt as would happen in most other nations? But rather we plead with deaf politicians to please help us. We don’t demand huge sums — just 300 bucks a week, barely enough to cover housing for most. Most of all we say, please help us get a job, please allow us dignity.

I can’t help but juxtapose our plight to the tycoons and politicians. They are never satisfied with their enormous wealth, and always want more millions no matter whom it hurts. They STEAL from pension funds, banks, the people and government, and little Wall Street investors. Then rather than face punishment, they become petty kings in this world. They are disloyal to America, unpatriotic, and serve their own foreign UN-American greedy causes and demand more and more and more. I feel that this is not the nation into which I was born. I was born in America, the land of the free and the home of the brave. America, where people give as much as they receive. America, where all people work for the common good, and try to leave a better and more prosperous nation for the next generation. America, where people help their neighbors and show charity and mercy. This new America is alien to me — it is an America of greed and corruption and avarice and mean spirited selfishness and hatred of the common good — it is an America of savage beasts roaring and tearing at the weak, and bullying the humble and peacemakers and poor and those without means to defend themselves. I am not welcome here anymore. I don’t belong here anymore. It’s as if some evil beast controls government, the economy, and our lives now.

The following letter was brought to the attention of Michael Thornton (http://www.huffingtonpost.com) by another 99er, Bud Meyers, whose Web site, <https://acompanyofone.org>, is currently down, though there are a number of Google references under “a company of one” bud meyers. Contact information for the writer, Mark, is not available, but a number of 99ers are reported to be trying to track his whereabouts. C-L is not able to verify the authenticity of the letter, at this time, but it is, at the very least, a poignant and accurate parable of our times. It has been edited for length.

(C-L note: According to Wikipedia, “99ers is a colloquial term for unemployed people in the United States, mostly citizens, who have exhausted all of their unemployment benefits [a maximum of 99 weeks], including all unemployment extensions.” The heartless oxymoron: “Jobless recovery,” is merely a euphemism for “Wall Street recovery.”)