Some Books for the Gift-giving Season: Movement Mystery Fiction 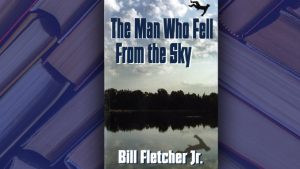 The Man Who Fell From the Sky by Bill Fletcher Jr., 2018, Hardball Press, Brooklyn NY, 339 pp., ISBN 978-0-99913-584-6, $20. This period murder mystery by a leader of the left and labor movements features the lives of Cape Verdean migrants to the US in the US, particularly the Cape Cod area, and their contradictory relationship with both African-Americans and with white people in the US. It ranges over events that took place during World War II and their investigation and uncovering during the Vietnam War era. Although it begins slowly as Fletcher “sets the table” of his mystery within a family drama and the career goals of the amateur investigator, David Gomes, local reporter with ambitions to break a big story that will enable him to jump to a major metropolitan newspaper, Fletcher is able to expertly handle the historical (WWII) and “contemporary” (Vietnam-era) story lines and use them to elaborate the conflicted consciousness of Cape Verdean African immigrants seeking assimilation in the US as “Portuguese”, and coming up against both US white racism and suspicion from African-Americans rooted in struggles to overcome slavery and Jim Crow apartheid. 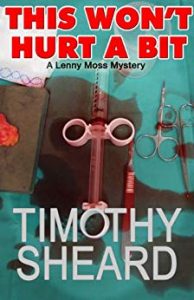 This Won’t Hurt a Bit: A Lenny Moss Mystery by Timothy Sheard, 2001, Hardball Press, Brooklyn NY, 350 pp., $15, ISBN 978-0-9814518-1-0. This is the entertaining first in a series of mystery novels featuring union shop steward Lenny Moss, custodian in a major hospital whom fellow workers see as a problem solver and rank-and-file advocate for their rights. Moss’s efforts to represent a co-worker in a grievance that could cost the laundry worker his job draw him into an effort to win the man’s freedom from jail on murder charges by exposing the real killer. Sheard, who is also the publisher of the Hardball Press, expertly mixes class consciousness, details of the hierarchies and bureaucracy of a hospital, and a puzzling number of red herrings and potential suspects. Reading it will entice you to check out the rest of the books in the series, such as “Some Cuts Never Heal,” and “A Race Against Death.” They all feature Moss as a savvy working-class labor militant and amateur sleuth, dealing with the vagaries of the criminal justice and privatized health care systems with practical knowledge, solidarity and street smarts.

If you enjoyed this post, please consider leaving a comment or subscribing to the RSS feed to have future articles delivered to your feed reader.
By Change-Links|2018-12-01T03:57:35-05:00December 1st, 2018|Anti-Racism/Racism, Book Reviews, Books, Capitalism, Labor, Michael Novick, Movements, Reviews|0 Comments