Here’s the reason the NSA leaker will never be forgiven or forgotten: He stood up to power and embarrassed it.

By Falguni A. Sheth  https://www.salon.com/writer/falguni_a_sheth/ 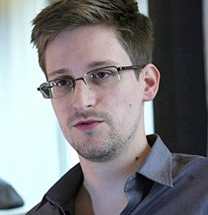 As Edward Snowden’s name is bandied about — with a debate emerging over whether he is a hero or a criminal, whistle-blower or traitor — the words of philosopher Walter Benjamin, who wrote about the relationship between law and violence, come to mind. In his 1921 essay “The Critique of Violence,” Benjamin discusses the law’s goal to pursue the monopoly on violence:

The law’s interest in a monopoly of violence vis-a-vis individuals is not explained by the intention of preserving legal ends but, rather, by that of preserving the law itself; that violence, when not in the hands of the law, threatens it not by the ends that it may pursue but by its mere existence outside the law.

Here Benjamin restates one of the fundamental goals of classical liberal political philosophy, at least for philosophers such as Hobbes and Locke, namely to eliminate the use of violence from everyone except the state and its duly appointed deputies. This is why in Locke, the state “agrees” to protect the rights of individuals in exchange for individuals giving up their right of retribution and punishment. The right of violence becomes the sole provenance of the state, whether through the death penalty, prisons or defense of the state itself.

If you enjoyed this post, please consider leaving a comment or subscribing to the RSS feed to have future articles delivered to your feed reader.
By John Johnson|2013-07-11T13:59:42-05:00July 8th, 2013|Featured, Heroes and Whistleblowers, News|0 Comments