As Change Links was going to press, racist sexist provocateur Milo Yiannopoulos was scheduled to speak at Cal State Fullerton on October 31. The CSUF community is having a unity block party to divert attention from Milo’s speaking engagement, hosted by Students for Quality Education (SQE) and supported by many other campus groups. More than 5000 people signed an on-line petition opposing his appearance. Others are planning to protest outside the paid event ($35 for a ticket).

Recent reports have exposed the extent of Yiannapoulos’s collaboration with and fronting for open neo-Nazis and white supremacists in his role at Breitbart in promoting the so-called “alt-right.” BuzzFeed News’ Joseph Bernstein wrote a story on former Trump adviser Steve Bannon, now back at Breitbart, and former Breitbart editor Yiannopoulos. Internal emails and documents leaked from the company reveal how Bannon, Yiannopoulos, and other employees worked to develop and advance an agenda embracing tactics, values, and assistance from neo-Nazi and white nationalist groups, among others. BuzzFeed reported that Yiannopoulos in particular sought input and content from neo-Nazis.

Bernstein wrote, “These… emails and documents show that Breitbart …thrives on [hate-filled, racist voices of the alt-right], fueling and being fueled by some of the most toxic beliefs…–and clearing the way for them to enter the …mainstream.” He continued, “They reveal how the website–and, in particular, Yiannopoulos–links the Mercer family, the billionaires who fund Breitbart, to underpaid trolls who fill it with provocative content, and to extremists striving to create a white ethno-state.”

Yiannopoulos was banned from Twitter for calling comedian Leslie Jones “barely literate” and inviting his supporters to attack her on Twitter, which they did coarsely and with racism. Yiannopoulos has said, “feminism is cancer.” An outspoken supporter of Donald Trump, he calls the president “Daddy,” and he’s encouraged Trump to “deport fat people.” He said, “Ugly people have always been the leaders of the progressive movement. Just look at the early Temperance Women! They tend to be sexless and joyless people.”

Though openly gay and partnered with a Black man, Yiannapoulos is racist and sexist to the extreme in his own comments. Some other quotes: “America has a Muslim problem… The terror attack … is an expression of mainstream Muslim values.” “Black Lives Matter is … the last socially acceptable hate group in America.” “It’s as much a class war as it is a gender war. Much of it is perpetrated by white middle-class women … sort of waging war on working-class men.”

Birth control,  Yiannopoulos wrote, makes women “fat”; it “makes your voice unsexy” and “makes you jiggle wrong”; and it makes you “a slut” with “cottage cheese thighs.” Not only that, but birth control affects men, too: It makes them “unmanly.”

Corporate media and some of his right wing supporters pulled back from him after an old conversation surfaced where Yiannopoulos seemed to advocate pedophilia, favoring “Some of those relationships between younger boys and older men, … the relationships in which those older men help those young boys to discover who they are, and give them security and safety and provide them with love and a reliable and sort of a rock…” he said.

But despite all the exposures of his racism and sexism, Yiannapoulos was scheduled back at Cal State Fullerton by the College Young Republicans.

Meanwhile, ProPublica has identified a southern CA group, based in Orange County, responsible for white supremacist violence around the country. A C Thompson, Ali Winston and Darwin BondGraham  write: “ProPublica spent weeks examining one group at the center of the violence in Charlottesville: the Rise Above Movement (RAM), one of whose members was the white man dispensing beatings near Emancipation Park Aug. 12. The group, based in Southern California, claims more than 50 members and a singular purpose: physically attacking its ideological foes. RAM’s members spend weekends training in boxing and other martial arts, and they have boasted publicly of their violence during protests in Huntington Beach, San Bernardino and Berkeley. Many …have been captured on video, and its members are not hard to spot. 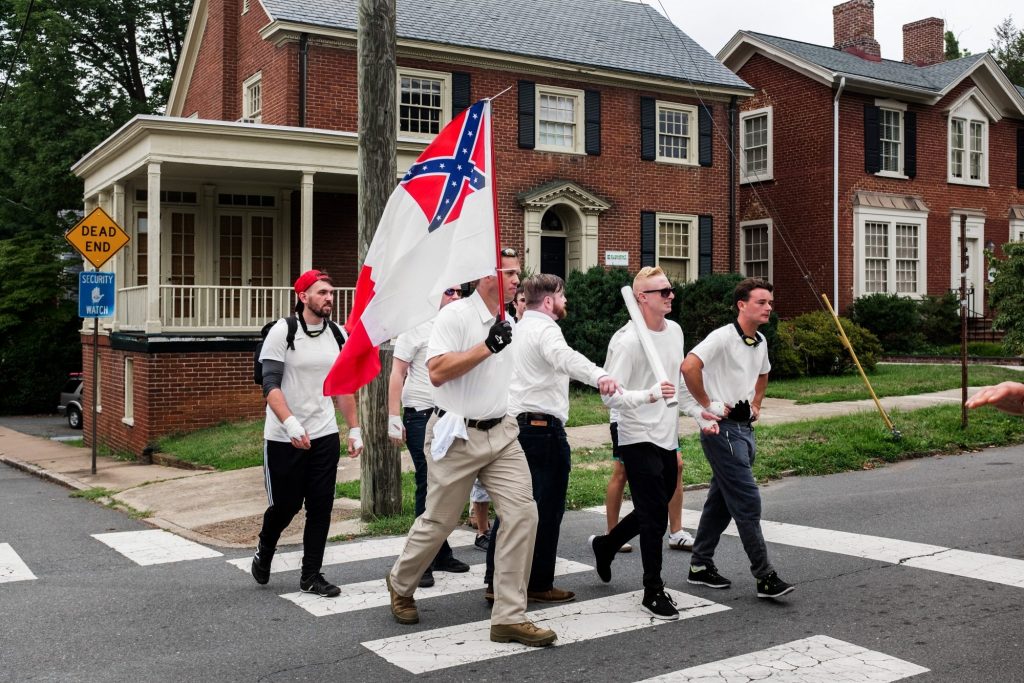 “ProPublica has identified the group’s core members and interviewed one of its leaders… The man in the Charlottesville attacks … is 24-year-old Ben Daley, who runs a tree-trimming business.” It’s to be anticipated that the group may well be planning to carry out further such attacks at the Yiannopoulos event. Forewarned is forearmed. 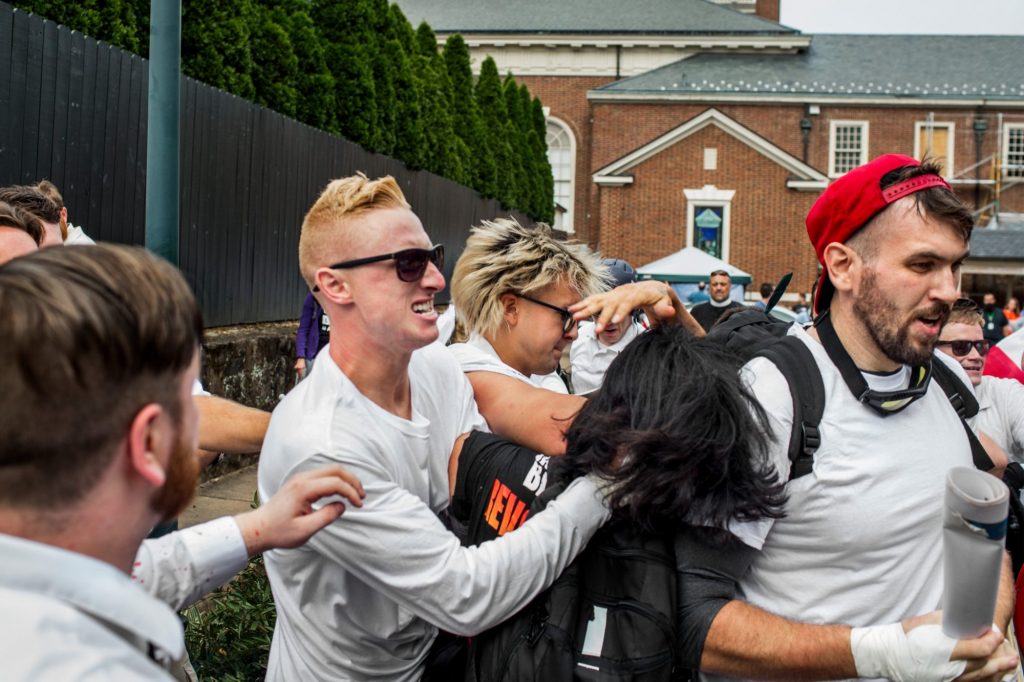 If you enjoyed this post, please consider leaving a comment or subscribing to the RSS feed to have future articles delivered to your feed reader.
By Change-Links|2018-10-26T16:56:39-05:00October 28th, 2017|Anti-Racism/Racism, Donald Trump, Education, Free Speech, Human Rights, Movements, News, Protests and Rallies|0 Comments