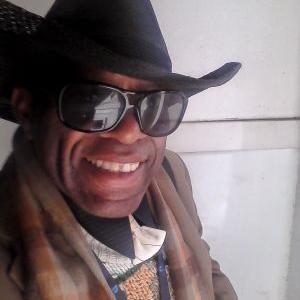 What is it about the “N-Word” that is so hard to resist that a racist would take the chance to lose all of his or her accomplishments just to have an opportunity to express it? John “PAPA JOHN” Schnatter, CEO of Papa John pizza, a company he founded and named after himself, steps down for using the “N-Word” in a company conference call. Question: Will it still be Papa John knowing that you’re eating the pizza of a racist?
Jonathan Friedland, Communication Executive at Netflix, was fired for his descriptive use of the “N-Word” multiple times at a company meeting.
You may recall a while back when Marge Schott, owner of the Cincinnati Reds baseball team allegedly made a racist comment referring to team players Eric Davis and Dave Parker as “million dollar n@#%*?* and was fined $2.6 million (a drop in the bucket).
Although she didn’t use the “N-Word”, Roseanne Barr’s ABC TV show “Roseanne” was canceled due to a racist tweet widely condemned in May after she compared former Obama aide Valerie Jarrett, who is Black, to a “Planet of the Apes” character.
Racism is still alive and well in the US. Racism has many definitions. One is the belief in the superiority of one race over another. African-Americans have combated racism for hundreds of years, as well as Native Americans and now more so Mexican immigrants. Legal forms of racism were abolished but racism is more prevalent today.
If you are of Middle Eastern or South Asian descent, chances are that you will be routinely profiled at national airports. Needless at say, Black and Latino men are constantly stopped and frisked. With this present administration’s immigration policies, pressure continues over building a wall and reuniting families who were separated at the U.S. borders.
Institutional Racism expands the meaning of US racism. Government or state-chartered entities such as banks, courts of law, the military and schools play a role that defines Institutional Racism. Certain groups of people of color, for example African-American students, are barred from attending certain public schools limiting the student’s educational opportunities, preventing them from achieving equal status with others. Michael Jackson’s song “They Don’t Really Care About Us” tells the story.

The five social institutions whose negative impact produce and keep racial inequality going are housing, education, the criminal justice system, media and wealth (ownership and employment). Research shows a white family owns 7 times the wealth of a Black or Latino family. The nation’s public policies have operated systematically to shut Black and Latino families out of numerous opportunities to build housing wealth. Poor housing causes low taxes. It affects getting a good education due to poor schooling because schools not getting enough funding can’t afford kindergarten or to hire qualified teachers, which increase drop- out rates. It leads to increased crime and Blacks going in and out of prison. Once released Blacks are unable to find jobs because Blacks are perceived as criminals. On a daily stroll, a white or Asian woman sees a black male approaching. Grabbing her purse with the fear or thought the black male is going to snatch the purse: this is “Racism – The American Way!”