Propositions on the California and LA Ballots

“All politics is local” was never truer than this year when the head of the ticket offers two candidates with higher disapproval ratings than perhaps ever before in the history of the republic, if we can still call it that, and so many local races and propositions of significance. Here then are recommendations from some of the usual suspects for your progressive voting pleasure. Don’t be fooled; even a rigged system can be used to flog its handlers, so make it to the polls with a vengeance, and remember to keep showing up after election day. A chart with comparisons of recommendations by a number of civic and progressive groups follows the listing:

There is currently a backlog of almost $2 billion dollars in K-12 project applications. Prop 51 would help ensure that our schools can meet basic health and safety standards by allocating $9 billion in bonds for both construction and modernization projects to repair our schools’ deteriorating facilities. Critics assert that the bond is too favorable to developers and the construction industry.

CA hospitals currently pay a Medi-Cal fee — which is matched by the federal government — to help pay for healthcare services for low-income children. The fee is set to expire in 2017. Prop 52 would make that fee permanent and require voter approval for any further changes to the program. Critics contend that this should be done through the legislative process to ensure future budget flexibility.

Prop 53 is a right-wing millionaire’s attempt to hijack local control, infrastructure, and emergency funds by requiring a statewide vote on projects that exceed $2 billion. There are also no exemptions for natural disasters. This means residents, impacted by a natural disaster (i.e. earthquakes, wildfires), may have to wait up to over two years for funding to rebuild damaged infrastructure.

72-Hour Publication Of State Legislative Bills Prior To Vote

Prop 54 requires bills to be published and available to the public at least 72 hours before legislators vote on them, increasing transparency but limiting flexibility. It also allows anyone — including corporate industries like Big Oil and Big Pharma — to use audiovisual recordings of most legislative proceedings in political advertisements. This will give rise to new form of political attack ads. 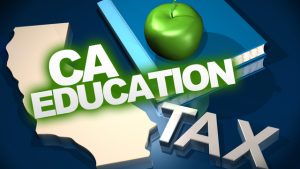 Extend Existing Tax On Wealthy To Fund Education And Healthcare

In 2012, California voters passed a critical initiative (Prop 30) to tax the wealthy to help pay for education. The initiative is now set to expire. Prop 55 would simply extend the tax on the wealthy for another twelve years. If passed, Prop 55 would raise up to $11 billion for schools, community colleges, and healthcare programs. Supported by CTA, CFT and other unions.

Prop 56 would increase the tax on cigarettes by $2 per pack with an equivalent increase on other tobacco products, including electronic cigarettes. The funds raised would be used to provide health care for low-income Californians, triple existing funding for California’s tobacco control program, invest in research of cancer and other tobacco-related diseases, and support the enforcement of tobacco laws. Big Tobacco has spent more than $200 million over the past decade to defeat tobacco taxes in CA. 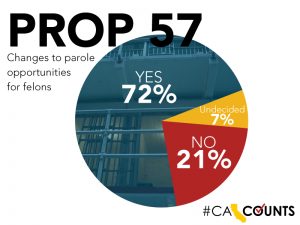 Prop 57 would help fix the state’s broken criminal justice system and overcrowding in prisons — which largely discriminates against low-income people of color — by allowing people charged with nonviolent felonies, who served their primary offense’s full term, to be considered for early parole. It would prevent prosecutors from trying children (14 years and younger) as adults. Instead, the child would have a hearing first with a juvenile court judge. Supported by Youth Justice Coalition.

Repeal the Ban on Bilingual Education

Prop 58 would repeal and change parts of the English in Public Schools Act (Prop 227) passed by voters in 1998 to allow non-English languages to be used in public education instruction. California is the most diverse state in the nation, with 40% of Californians speaking languages other than English at home. Encouraging our youth to speak multiple languages not only supports our state’s growing diversity, it is advantageous in our increasingly interconnected global economy. Supported by UTLA.

Mandatory Condom Use In Adult Films

Prop 60 would require adult film performers to wear condoms and use taxpayer dollars to appoint Michael Weinstein, the author of the ballot initiative, as a state employee. His job would be to monitor all adult film production in CA. The initiative may also make public the identities and addresses of adult performers, who often use screen names for privacy reasons.

In the last two decades, prescription drug spending increased by over 500%. Prop 61 would dramatically reduce drug prices for some Californians by requiring the state to pay the same (or a lower) price for pharmaceutical drugs as the US Department of Veterans Affairs, which pays the lowest drug prices of any government agency. Backed by Bernie Sanders, proposed by Mike Weinstein of AIDS Healthcare Foundation.

Prop 62 would replace the death penalty with life in prison without parole and ensure that an innocent life is not taken by a flawed system of justice. It would save the state $150 million annually, according to the Legislative Analyst’s Office.

“Safety For All” Initiative to Reduce Gun Violence

Every year more than 32,000 Americans lose their lives to gun violence. Proposition 63 will remove illegal guns from communities, require any business that sells ammunition to report if it is lost or stolen, require people to notify law enforcement if their guns are lost or stolen, prohibit people convicted of gun theft from owning guns, and strengthen our background check systems, along with other provisions to increase gun safety.

Legalize Marijuana for Recreational Use by Adults 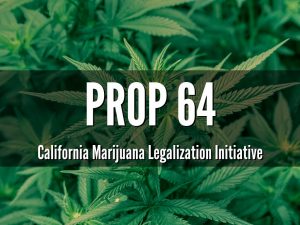 Prop 64 would legalize marijuana in California for anyone over 21. The initiative would hold marijuana to similar standards as tobacco and alcohol products to meet basic packaging, labeling, and advertising requirements to protect consumer safety, youth, the environment, and communities of color. Supported by NORML and the Drug Policy Alliance.

Prop 65 would require a fee to support an “environmental” fund that would be used to help overturn CA’s ban on plastic bags. It is largely seen as the plastics manufacturing industry’s excuse to reintroduce wasteful plastic bags by encouraging the state to use the “environmental fund” to recycle plastic bags. Californians only recycle 3% of plastic bags, leaving the rest to go to landfills (or down drains to the ocean). Backed by the plastics industry.

Speed Up the Death Penalty

Prop 66 would speed up the death penalty, increase the state’s chance of executing an innocent person, and require that inmates’ wages go to victims. If passed, the initiative would cost taxpayer tens of MILLIONS of dollars annually.

LA Times urges a yes vote; LA Daily News and some other suburban papers urge a No vote. Labor Community Strategy Center/ Fight for the Soul of the Cities organizing against “M”, for a No vote in opposition to gentrification/displacement and racist policies of Metro (favoring commuters and rail over mostly Black, Brown and Asian inner city bus riders). Measure requires a super-majority to go into effect.

HHH Homelessness Reduction and Prevention: $1,200,000,000 bonds to finance more housing (but no funding for services).

Despite the exclusive focus on construction, and no funding for services, most advocates for unhoused people and affordable or low income housing are backing this.

RRR Changes to DWP Board, planning process and staffing. Increase membership on Board from 5 to 7, adds requirements for being on DWP Board, requires monthly billing. Recent outrages about incorrect billing by LADWP, resulting in massive bills to correct the errors, have probably sparked this measure.

SSS Police & Fire Pensions for LAX Airport police and safety officers. Lets police and fire safety personnel who work at LAX to buy into the more lucrative LAPD and LAFD pension plans, instead of the LA City Employee Retirement System (LACERS) which covers mostly “civilian” employees of the City. No arguments pro or con in the official voters guide – this will probably pass, though some are opposed in principle to the sweetheart retirement plan that cops get.

If you enjoyed this post, please consider leaving a comment or subscribing to the RSS feed to have future articles delivered to your feed reader.
By Change-Links|2016-11-06T17:00:36-05:00November 6th, 2016|California, California, Constitution, Contests, Education, Los Angeles, Los Angeles, Movements|0 Comments