Poetry Corner: The War in America

The War In America

I didn’t see the war in America

when I was four

dressed in my soldier suit posing

for photos on my Dad’s shoulder

at the Carolina Base

my eyes drawn past the barracks at

Black men in stripes and shackles

stumbling off the flatbed truck at the edge

of the woods, their clanking chains

in the turpentine pines around us

boiling lye and fat for soap

the prisoners scythe the drill ground in 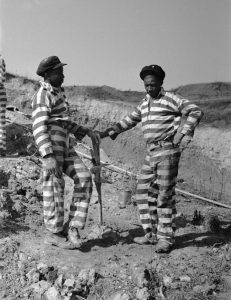 this war my eyes were seeing I didn’t see

when I was four

watching skies for signs of invasion by

foreign powers, confident that war if it came

would come from over there, overseas

from my Dad’s shoulder I

smiled at the camera thinking war

These striking poems reflect a value thread through Crossman’s life that began when, at age two, Bill and his mother left their suburban Connecticut home to follow his father—who’d been recruited into the Army at the start of World War II—to camps in the Deep South. After four years in segregated Mississippi, Florida and North Carolina, the family returned to Connecticut and Bill’s first three grades in school, only to quickly return to the South and settle in a segregated, whites-only, working-class, south Florida town. For nine years, Bill attended the whites-only public school system, graduating in 1957 before heading North to college. Bill’s daily experiences of racism and white supremacy during those southern years helped to shape his values and life choices.

In 1969, Bill decided to leave his position teaching philosophy at Tufts University to move to the San Francisco Bay Area to work in solidarity with the Black Panthers and the revolutionary Black prisoners’ movement. Through the decades, he’s remained active in anti-imperialist movements and in support of political prisoners. Bill has continued to teach at Bay Area community colleges and universities, and for eight years during the 1990s he taught at historically-Black Morris Brown College in Atlanta, GA. 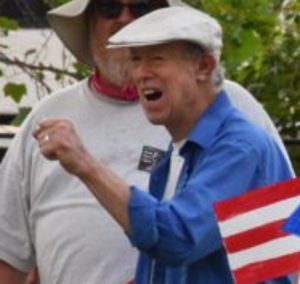 Bill continues his decades-long commitment to revolutionary culture via his work as poet, jazz pianist, playwright (including his musical, John Brown’s Truth), and author of writings on the political impact of new technologies on literacy, education, and society.

The 25th Anniversary edition of “War In America” from which this excerpt was taken, is available at https://lesgottesman.com/ from Omerta Publications.