Our faith in government, once based on trust

Has now irrevocably turned to rust.

Oh yes, there are a few

Whose loyalty to us is true.

But countless others felt the need

To attach themselves to corporate greed.

You think the president calls the shots?

Then it’s you who don’t connect the dots!

The corporate elite, the one percent,

Have directed laws to be bent

In their favor against us all,

Who in their view should be made to crawl.

Yet all of us are really human,

Except perhaps for Harry Truman

Who authorized those awful bombs

To fall on old folks, kids, and moms

Who had nothing to do at all with war,

Yet paid the price to even the score.

Today, as well, his kind survive

To make pesticides that kills the hive

Of our little friends the bees

And devastate our majestic trees.

I could go on with this tirade

Concerning all the crimes they made:

The false flag events that place the blame

On others, so they wrongly claim,

So many times to promote their wars.

Instead they could have opened doors

To Honor, Truth, Justice and Peace,

And from misery gain true release.

So, now it is our turn to find a way

To liberate ourselves and make them pay. 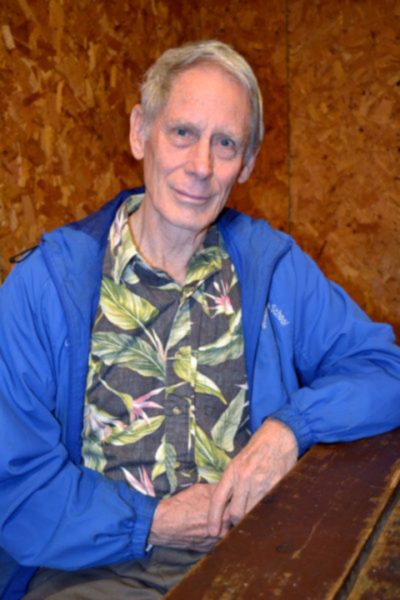 Jon Olsen wrote the 2014 Goose River Press book “Liberate Hawai’i: Renouncing and Defying the Continuing Fraudulent U.S. Claim to the Sovereignty of Hawai’i.” Olsen, who also makes and sells Tropical Maine maple-and-passion-fruit syrup locally, lived in Hawaii for 36 years before returning to Maine where he now resides. Olsen’s book makes the case that the state of Hawaii “cannot be considered a legally bona fide state of the United States,” as the late economist and Duke University professor Thomas Naylor put it, a claim that a growing number of native Hawaiians would certainly agree with. Olsen suggests that, like the Baltic republics of Latvia, Estonia and Lithunia that were occupied and annexed by the USSR, Hawaii will eventually regain the recognition of its sovereignty and independence currently being denied by the US.

If you enjoyed this post, please consider leaving a comment or subscribing to the RSS feed to have future articles delivered to your feed reader.
By Change-Links|2020-10-29T18:06:03-05:00October 29th, 2020|Anti-capitalism, Capitalism, Poetry Corner|0 Comments