Poetry Corner: The Decline of Patriarchy

The Decline of Patriarchy and the Rise of Feminine Energy

The rose above my head has blossomed and says, “Speak your soul to me.”

The patriarchal aliens have left the planet.

The oceans are emerging out of the sea.

The cosmos is all aglow.

And, many a theatre buff is touching the hem of my garment.

Cinderella found her shoe and decided to swim with the Mermaids.

Snow White became immersed in literature and reads to the 7 Dwarves.

Beauty made her way to the Congo.

Jasmine left Bagdad and made her new address The Magic Carpet.

I’ve got a pocket full of envelopes to send letters across the world.

I’ve got a computer and a surprise email account.

I’ve got misbehavior and a lot of gumption.

The angels are playing our song.

The men have started wearing mini-skirts.

The women have started to paint.

And, the arrow shot by the Goddess is resounding all over the world.

A lover speaks through the drum.

And, social change is whispering in the winds.

Pyramids have been found underwater.

Feminine energy is climbing the kundalini of humanity.

Many of us are finding each other.

Many of us are afraid.

Many of us long for your embrace.

Christ consciousness has become an adulteress, and Mary Magdalene has returned.

“Kiss me on the lips,” she says, “For you never know when your story will be read.”

Patriarchy is eroding at the seams, and love is exploding into streams. 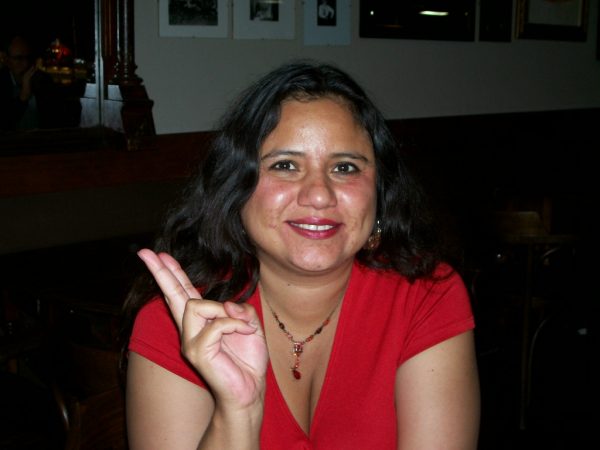 Jackie Lopez is a poet and writer from San Diego, California.  She began writing poetry in high school outside of her class curriculum. She also passed many notes between her best friend and herself. She won her first poetry award from UCSD which she was attending. She continued with her classes in history of Latin America and the world but, again, she kept a journal and wrote poetry outside of her curriculum. For Jackie, poetry was an escape and a way to deal with the pain of knowing history, in particular, the history of people of color and world hegemony. The study of history has greatly empowered her to write about a great number of things. She writes like an activist and was founding member of The Taco Shop Poets.  She has been published in a Chicano Literary journal, “La Bloga,” nine times, The Hummingbird Review two times,  a Latina feminist magazine, UCSD Warren Literary Journal, and she published two  poems  in “The Border Crossed Us:  An Anthology to End Apartheid.”  She created a poem/mural with a number of people in Chicano Park, San Diego about hope. She has been a regular for 22 years in the poetry scene of San Diego and has read in several venues.  She also has a two radio interviews and a poetry reading video on youtube.  She has been a feminist since the day she was born. You can catch her work and message her on facebook:  Jackie Lopez Lopez in San Diego.  You can also reach her at email: peacemarisolbeautiful@yahoo.com

If you enjoyed this post, please consider leaving a comment or subscribing to the RSS feed to have future articles delivered to your feed reader.
By Change-Links|2021-03-01T03:12:12-05:00March 1st, 2021|Poetry Corner, Women|0 Comments