Gaza not the most beautiful of cities it is

And its oranges are not the most beautiful on the Mediterranean

And Gaza is not the richest of cities

And it is not the most progressive among cities

But it is equal to a nation’s history

Because it is the ugliest in the enemy’s eyes

Poorer, more miserable and most ferocious

Because it is the savage lesson for the enemy

Because it is the most able to disturb the enemy

Because it is their nightmare 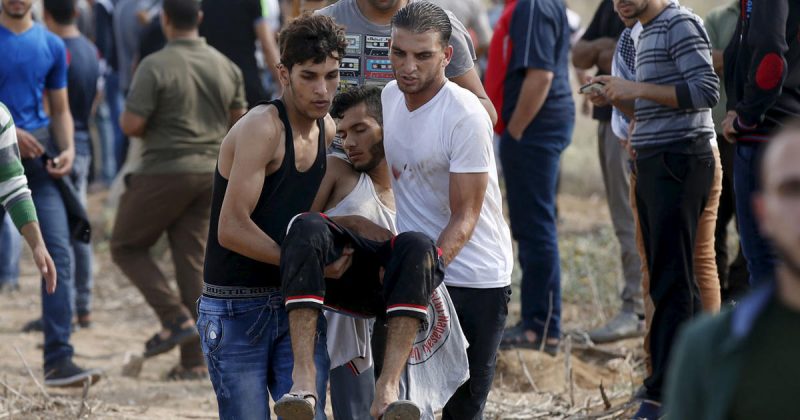 Because booby trapped are its oranges

And because this is what it is

It is the most beautiful

And most worthy of love

Injustice we do Gaza when

A legend we make of her

But hate her when we discover that

It is nothing but small, poor

Gaza no horses it has

Nor a magic stick

And also offices in capitals

Gaza liberates Itself from our

And instincts all at the same time

And when through a – dream – we meet her

If she does recognize us

Because Gaza of fire it was born

And we for waiting

And for crying for lost homes we were born

But Gaza’s secret is not a puzzle 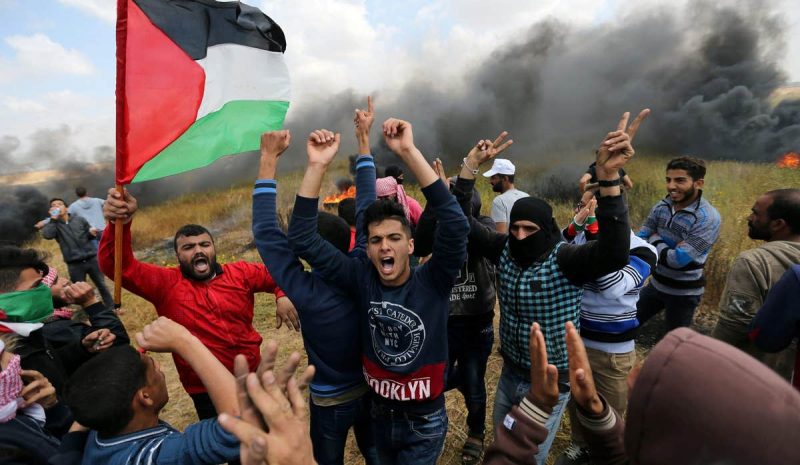 Her resistance is popular

United and knows what it wants

The enemy from her clothes

She wants to expel

With the masses Gaza’s resistance is

The skin with flesh and bones

Resistance in Gaza is not a paid for job

Nor an establishment Gaza’s resistance is

Any body’s guardianship she refuses

Its fate is not subjected to a thump print

Gaza’s beauty is that our voices she doesn’t hear 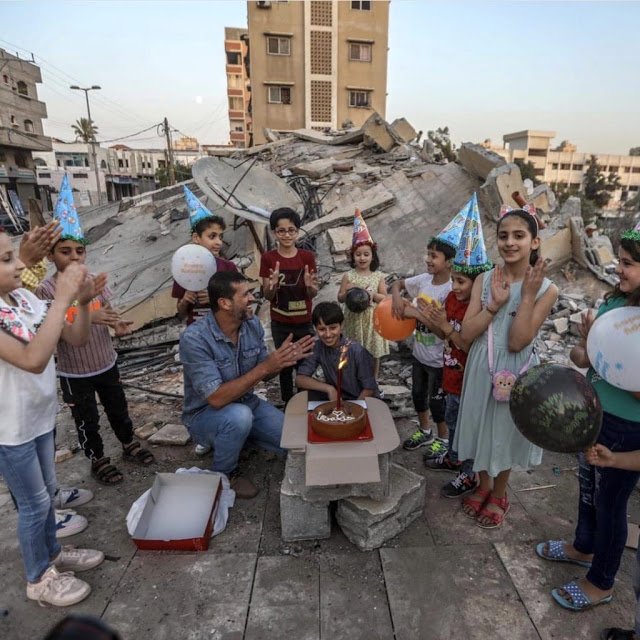 Nothing turns away her fist

From the enemy’s face

No disagreement on the form of Palestine’s government

That we shall establish on the moon’s eastern cheek

Or the western cheek of Mars when discovered it is

It is busy with rejection

In Gaza the enemy could be victorious

and the sea’s high waves could be victorious

Her bones they could break 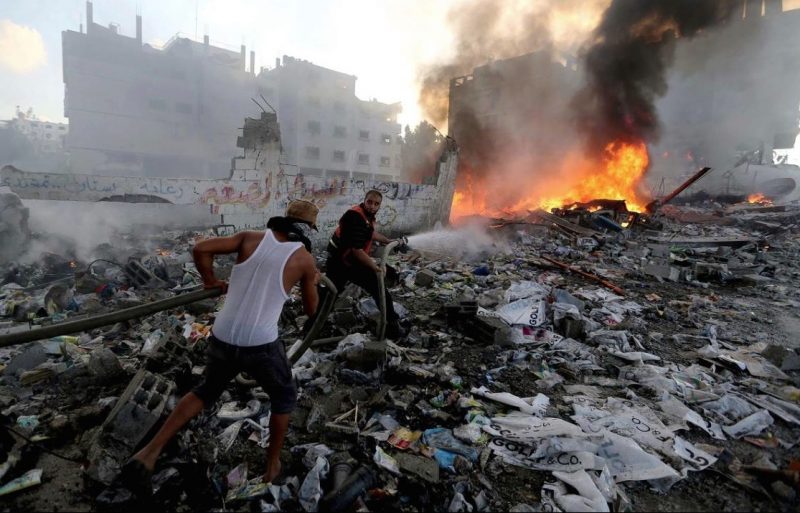 Tanks they could plant in its children’s chests

And into the sea

Sand and blood But

But never lies she repeats or

Exploding she shall continue

It is neither death nor suicide

It is Gaza’s style in declaring her worthiness of life

And exploding she shall continue

It is Gaza’s style in declaring her worthiness of life 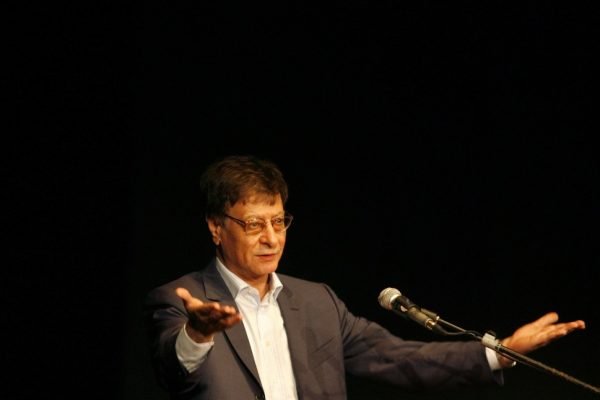 Palestinian Mahmoud Darwish was born in al-Birwa in Galilee, a village that was eventually occupied and later razed by the Israeli army. Because they had missed the official Israeli census, Darwish and his family were considered “internal refugees” or “present-absent aliens.” Darwish lived for many years in exile in Beirut and Paris. He is the author of over 30 books of poetry and eight books of prose, and earned the Lannan Cultural Freedom Prize from the Lannan Foundation, the Lenin Peace Prize, and the Knight of Arts and Belles Lettres Medal from France.

In the 1960s Darwish was imprisoned for reciting poetry and traveling between villages without a permit. Considered a “resistance poet,” he was placed under house arrest when his poem “Identity Card” was turned into a protest song. After spending a year at University of Moscow in 1970, Darwish worked at the newspaper Al-Ahram in Cairo. He subsequently lived in Beirut, where he edited the journal Palestinian Affairs from 1973 to 1982. In 1981 he founded and edited the journal Al-Karmel. Darwish served from 1987 to 1993 on the executive committee of the Palestine Liberation Organization. In 1996 he was permitted to return from exile to visit friends and family in Israel and Palestine.

Darwish died in 2008 in Houston TX