The film Paying The Price For Peace: The Story of S. Brian Willson has won The Grand Jury Documentary Feature Award from the 2017 Awareness Film Festival.  The film festival was recently held in Los Angeles, California between October 5th and 15th, 2017.  The film was produced by Bo Boudart of Bo Boudart Productions in San Mateo, CA. [https://www.boboudartproductions.org/] and assistant producer Frank Dorrell of Addicted to War in Culver City. [https://www.addictedtowar.com/].  Boudart travels around the world producing films covering topics including wildlife, ecology, culture, and human rights, as well as creating cultural, educational and science programs.  Dorrell is a book publisher, film creator, and peace activist working both locally and nationally.

“The Awareness Film Festival is organized by Heal One World, a non-profit charity serving the community surrounding West Pico Blvd. in Los Angeles.  As well as serving as a fundraiser, the mission of the Awareness Film Festival is to inform and inspire audiences through a program of films on ecological, political, health/well being and spiritual topics.” [httpss://www.awarenessfestival.org/about-us/]

Paying The Price For Peace follows the life of US veteran/historian/educator/peace activist Brian Willson.  In the process of doing so, the movie chronicles the US Peace movement, revealing the work of a wide assortment of other peace activists addressing injustice issues as diverse as covert and overt US military and destabilization operations,  governance and food autonomy, lifestyle choices, and global warming.  Other peace activists interviewed in the film include Alice Walker, Daniel Ellsberg, Medea Benjamin, David Swanson, Ron Kovic, Bruce Gagnon, Cindy Sheehan, Martin Sheen, Blase Bonpane, Phil Donahue, and David Hartsough. 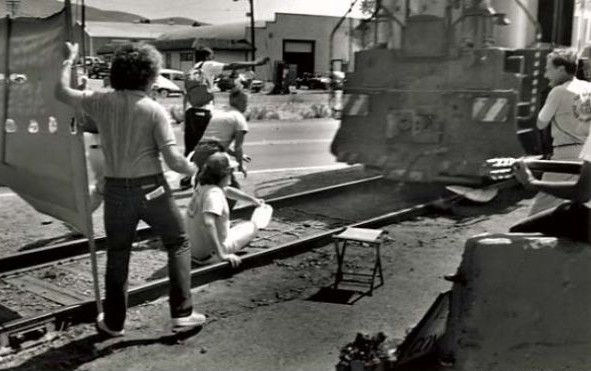 To learn more about Brian and his work, please visit Brian’s website at https://www.brianwillson.com/.  Brian also worked with Frank Dorrell to publish his autobiography/historical accounting titled “Blood on the Tracks: The Life and Times of S. Brian Willson”.  For more information about the book and film, visit https://bloodonthetracks.info/ and https://payingthepriceforpeace.com/about/.

Previous recognitions of the movie have included Official Selection status at the 2017 Peace on Earth Film Festival.  “The Peace on Earth Film Festival (POEFF) is the primary project of 501(c)(3) – non-for-profit Transcendence Global Media, NFP,  established to celebrate and encourage the work of independent filmmakers from around the globe on the themes of peace, nonviolence, social justice and an eco-balanced world.”  [https://peaceonearthfilmfestival.org/about/]

Paying the Price for Peace has also received a Free Speech Award, being one of the final six “Official Selection” films of American INSIGHT’s December, 2016 Free Speech Film Festival. The film was recognized out of field of 70 films entries from approximately 32 different countries that comprised the festival.  Forty-one people from ten US states and seven countries judged the films online. [httpss://payingthepriceforpeace.com/free-speech-film-festival-december-2016/]

More information about the film Paying the Price for Peace, including on-line screenings and purchases, can be obtained at the website  http://www.payingthepriceforpeace.com.