Paid Ad: The Fate of KPFK Is In Your Hands

The fate of KPFK and Pacifica Radio is in your hands. You can choose mission-driven, unfettered free speech and community oriented programming that amplifies the voices of grassroots resistance and struggles for peace, justice and international solidarity, by voting for the Grassroots Community Radio Coalition candidates for the Local Station Board (LSB): Michael Novick, Reza Pour, Tyan Schesser, and Jeff Silberman.

Or you can settle for gentrification of the airwaves, voter suppression, violations of the Pacifica By Laws, endless infomercials, corporate machine politics, crippling debt, and gatekeepers controlling access to what is broadcast.

The current governing majority at KPFK and the national foundation have put into place management that has removed Jerry Quickley here in LA and other challenging programmers, especially of color, around the network. They improperly purged Sharon Brown from the LSB and Pacifica National Board (PNB), banned her from running in this election, and have refused to allow write-in votes, contrary to the rules of order that govern elections. They have mortgaged all the physical properties (including the KPFK building) and other assets of Pacifica with no plan for repayment, except for a commitment to allow the creditors to run corporate underwriting on Pacifica stations.

If you want to return Quickley and other challenging programmers to the air; restore hour-long local newscasts at KPFK; revive the Peoples School of Broadcasting that trained a new generation of community activists in radio production, journalism and management; cover the local movements that are confronting homelessness, police murders and spying, and privatization; and build the resistance to war, intervention, racism and repression, there is only one choice: 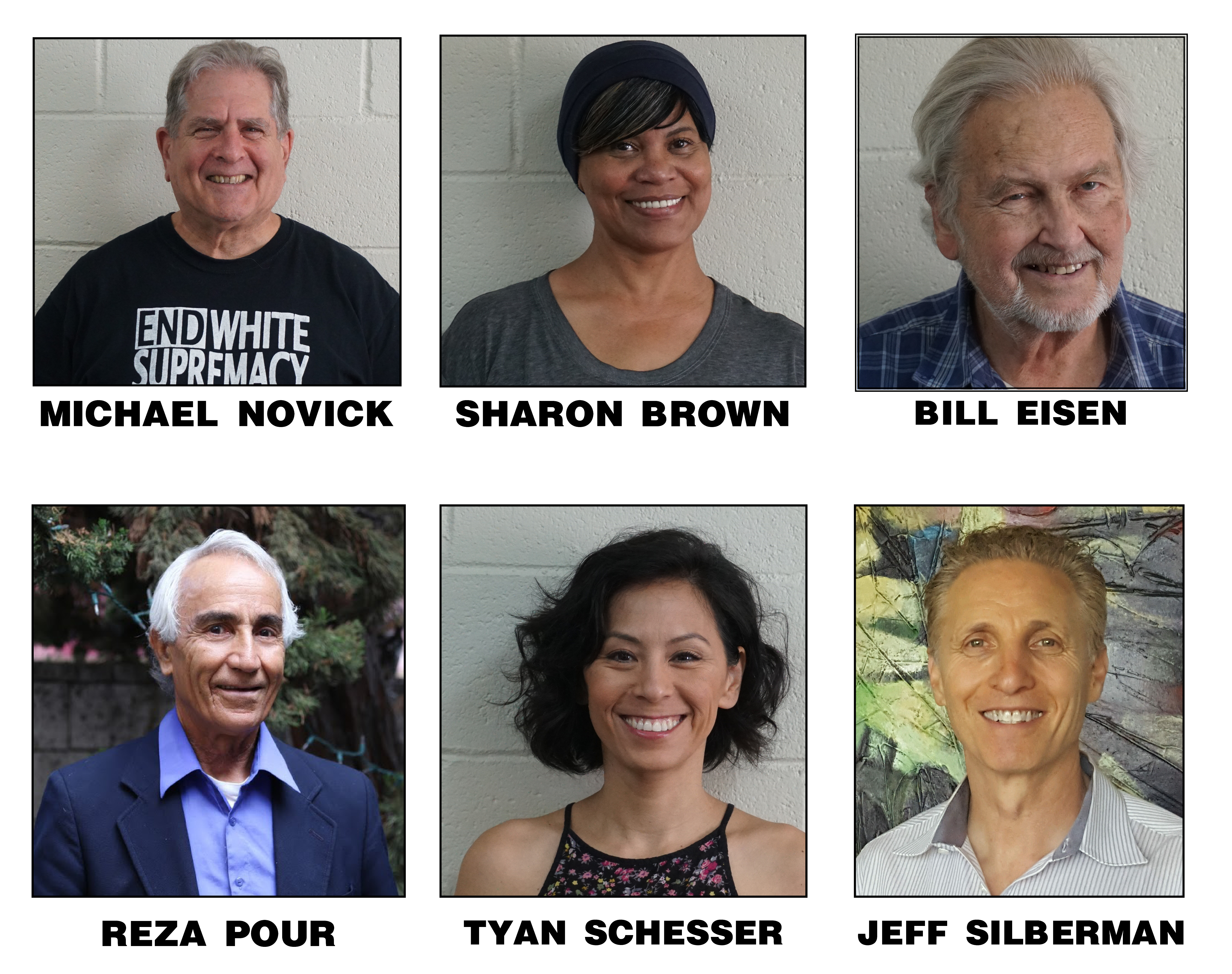 We have shown you here all six of our listener candidates, but Sharon Brown has been improperly denied the opportunity to run, despite winning a lawsuit against her previous removal from the Board, and Bill Eisen, a stalwart of the Run, Bernie, Run efforts and the movement for Medicare for All, sadly has passed away. You can get more information at http://www.gcrc-socal.org or email us at info@gcrc-socal.org. Join our email list, grassrootscommunityradiooutreach@lists.riseup.net. If you are a listener sponsor and haven’t received your ballot, immediately contact the NES via the googleforms link at elections.pacifica.org