Listeners and workers at KPFK and four other Pacifica stations, in unprecented numbers — nearly 1/4 of all listener members and more than half of all paid and unpaid staff members — decisively voted down a proposed Bylaws revision by margins of almost 2-1: 66% of listeners who voted, and 65% of the staff, opposed the replacement Bylaws, which would’ve eliminated elected Local Station Boards and made it easier to sell off assets.

Perhaps it’s not surprising that, at a moment when democracy, human rights and racial and economic justice are under attack in this country, an effort is underway to blame democratic governance at Pacifica for all the financial challenges facing the foundation and its five radio stations. But in fact, the same financial problems existed under the old, self-perpetuating board that used to run Pacifica. Pacifica enjoyed a revival when the democratic model of governance was implemented, and can do so again.

The existing Bylaws provide a path forward through democratic dialogue to identify a strategic planning process for each station to involve management, paid and unpaid staff and governance. We can identify unmet audience needs and underserved communities, marshal station strengths and implement step by step priorities to improve programming and fundraising, and increase financial transparency and fiscal responsibility. We can apply the talents, energies and skill sets we currently have, or seek out those we need, to bring Pacifica effectively into the 21st century media environment.

But instead, the playbook of disaster capitalism is being applied by some who would foment fear of impending financial crisis at Pacifica over loans and unpaid taxes at KPFA in Berkeley, and use it to drive members toward reactionary system change at the listener-sponsored, non-commercial radio stations.

The proposed Bylaws revision would turn the clock back two decades, to a time when a self-perpetuating, unaccountable national board nearly drove Pacifica into bankruptcy, with plans to sanitize and control its content and sell off precious assets. It runs contrary to everything the Pacifica mission stands for, and its commitment to peace, justice, free speech, progressive cultural expression, and critical thought.

In response, at most stations, people across the lines of previous factional disputes and difference have united to urge a “No” vote, and in the process are creating a practical and collegial effort to work together for the common good. This is laying the groundwork for a Bylaws convention, provided for in the existing Bylaws, to refresh Pacifica’s governance and address needed changes in its business model through a process of democratic discussion and representation. That path would seek consensus, as opposed to scrapping everything in favor of a document written by a few and turning power over to a single grouping picked by its authors.

The proposed Bylaws revision, under the guise of streamlining and “professionalizing” Pacifica, would: 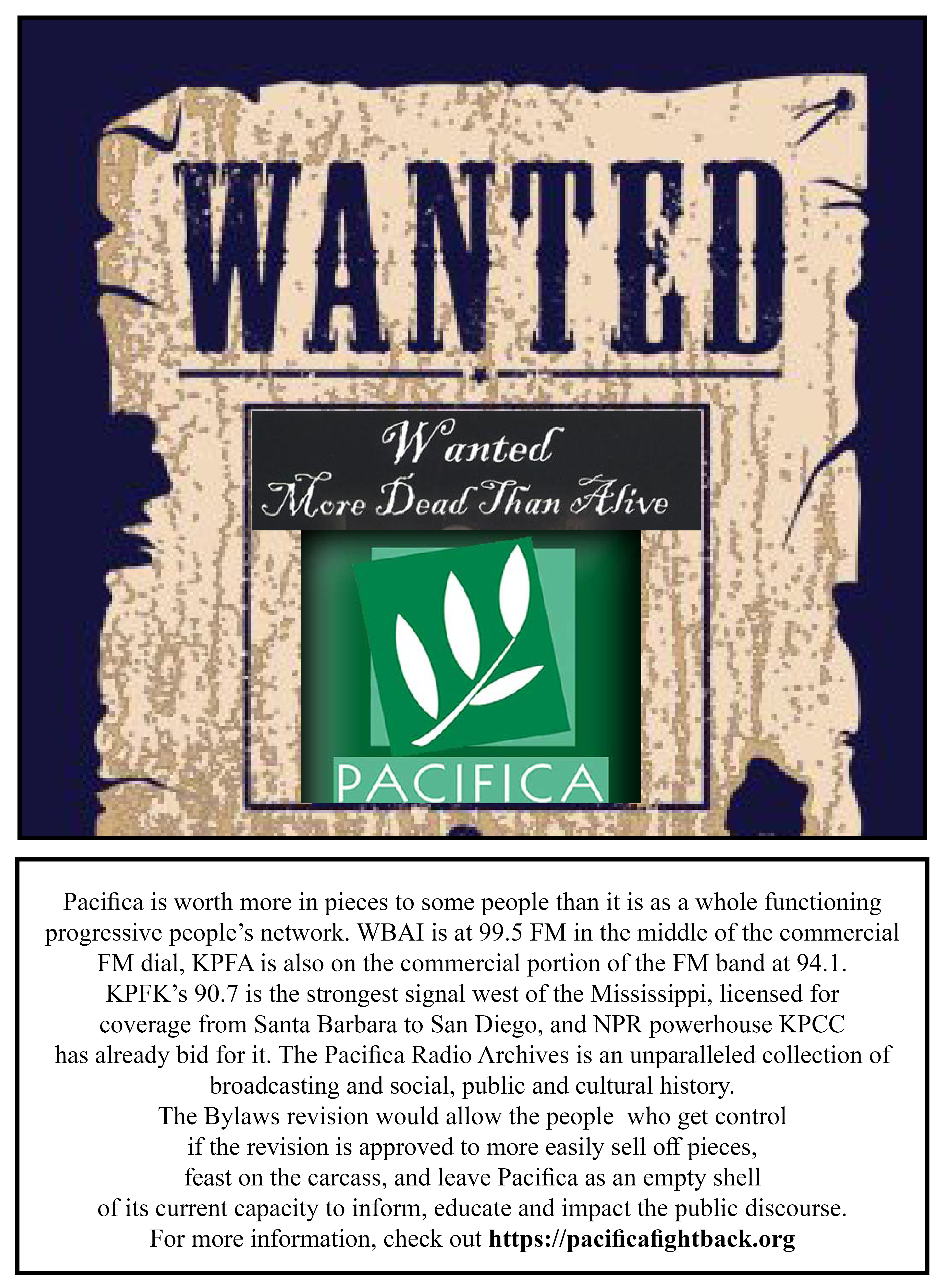 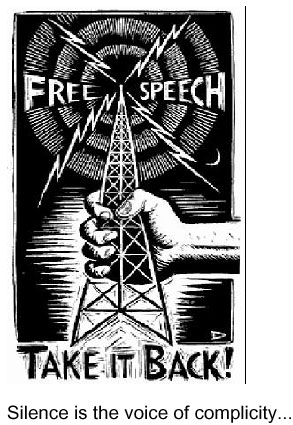 If you value free speech on KPFK’s airwaves, if you oppose selling off our precious stations or other assets, if you want a say in the future of Pacifica as a voice for peace, justice, equity and cultural awareness,

VOTE NO! on the proposed Bylaws revision. You can learn more at httpss://pacificafightback.org or on facebook/Pacifica Fightback for Democracy

Michael Novick is a listener member of the KPFK Local Station Board which voted 21-3 last month to oppose the Bylaws revision, and was previously its chair, treasurer and a director on the Pacifica National Board. He’s a member of United Teachers Los Angeles, and edits Turning The Tide: Journal of Inter-communal Solidarity (http://www.antiracist.org) from Anti-Racist Action-LA. You can contact him at antiracistaction_la@yahoo.com