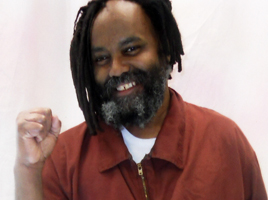 On his latest trek to Britain, U.S… President Barack Obama took a slap at the youthful activists of the Black Lives Matter (BLM) movement.
They were “really effective” at bringing attention to serious issues, he said; but they failed by not sitting down with political leaders.” “…You can’t keep yelling at them”, he chided.

Obama’s chastisement of the Movement, then, portrayed them as immature, unsophisticated, and unknowledgeable about the mysterious ways of politics, which, in his view, was about sitting down and making deals.

This is more than ironic coming from a president who hasn’t been able to meet with the plethora of politicians who oppose him. Indeed, his opponents have called him a liar in the floor of Congress!

Guess who else was criticized because he organized protests?
Yes: Dr. Martin Luther King, who, in his book Why We Can’t Wait (1963: Signet) wrote:
We know through painful experience that freedom is never voluntarily given by the oppressor. Frankly, I have yet to engage in a direct action campaign that was “well-timed” in the view of those who have not suffered unduly from the disease of segregation. For years now, have heard the word “Wait!” It rings in the ear of every Negro with piercing familiarity. This “Wait” has almost always meant “Never”. We must come to see, with one of our distinguished jurists, that “Justice too long delayed is justice denied.” (191)

These words, from his 1963 “Letter from a Birmingham Jail”, go on to describe “hate-filled policemen” (again, King’s words), who, he writes “curse, kick, and even kill you Black brothers and sisters”. (92)
It is that continuing crisis that gave birth to Black Lives Matter (BLM), not their political naiveté.

By the way, Black Lives Matter has done far more than “yell” at politicians. Their efforts led to the electoral defeat of at least two prosecutors who spit on the community in the aftermath of the police killings of Laquan McDonald in Obama’s hometown, Chicago; and in Ferguson, Missouri. They have raised the flag of Black resistance to injustice. Should they have held a ‘beer summit’ instead?

Should they have sat down and quietly discussed matters with Obama’s homie, Chicago mayor, Rahm Emanuel? Emanuel: whose contempt for Black life is legendary? Who helped cover-up McDonald’s murder by police?

Yeah –good luck with that.

If you enjoyed this post, please consider leaving a comment or subscribing to the RSS feed to have future articles delivered to your feed reader.
By Change-Links|2016-06-04T03:13:05-05:00June 3rd, 2016|Anti-Racism/Racism, Commentary, Movements, Mumia Abu-Jamal|0 Comments