No Donald Trump, No KKK, No Fascist USA

No Donald Trump, No KKK, No Fascist USA!
by Michael Novick, Anti-Racist Action-Los Angeles
What does Trump’s election teach us about the nature of the US? How should those concerned about justice, peace, equality, freedom and the environment respond? What can we expect from his regime, reinforced by Republican dominance across the board?
In two of the last five presidential elections, the candidate with the plurality was defeated. If this hasn’t shaken the illusion that the US is a democracy, it’s hard to say what will. The trifecta of a federal system, always based on voter suppression designed to stabilize a continental empire, along with a society founded on white settler colonialism, and a corporate-dominated media focused on personalities, required no conspiracy to ensure a “choice” between a demagogic, racist, sexist pseudo-populist and a neo-liberal/neo-conservative hawk who tacked right as soon as she escaped the primaries.
Hillary Clinton’s victory in the Democratic primaries and Trump’s triumph in the general election manifest the weakness of a genuine left in the US. We get amoral sociopaths, mass murderers and vain bullies in the White House because genuine, self-sacrificing, transformational leaders like Leonard Peltier, Mumia Abu-Jamal, Assata Shakur, Oscar Lopez Rivera and Chelsea Manning are locked up or in exile thanks to COINTELPRO (an FBI-led domestic war against the Black Panther Party, the American Indian Movement, Chicano-Mexicano struggle and Puerto Rican independentistas) and the counter-insurgency police state it birthed. 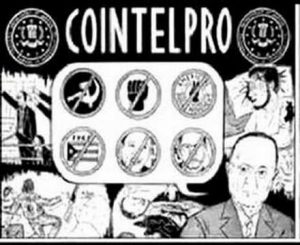 The record of the immigrant-bashing, Muslim scapegoating, misogyny and encouragement of violence that marked Trump’s campaign, and the immediate incorporation of so-called “alt-right” white nationalists and corporate figures into his upcoming administration are clear. We must understand the underlying white supremacy, land theft, slavery and genocide, that predisposed large sectors to respond to white nationalist appeals.
We must identify wedge issues that will crack into and smash up the cross-class white nationalist alliance that has always undergirded the US empire. The right can mobilize support by identifying “un-American” ideologies and scapegoats as the enemy because the left won’t identify and oppose a real enemy, a ruling class and imperial system with whom colonized, oppressed and exploited people have an irreconcilable contradiction. 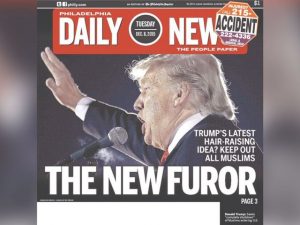 The specter of US fascism didn’t arise with Trump. Fascism’s methods of rule and profit-production — slave labor, genocide, incorporation of a mass base through appeals to racial nationalism and militarism — are the same ones used to build the Empire and enforce settler colonial rule over indigenous and African-descent people. The latest struggles over the theft of Native lands, such as DAPL in North Dakota, indicate the reality of this system since Europeans arrived, but also the indomitable resistance that should inspire us all. So too the Movement for Black Lives against racialized patriarchal capitalist state violence and the prisoners’ strike against slave labor.
Part of the “whitelash” against “political correctness” that fueled a lot of Trump’s support is due not only to a sense of grievance at lost privilege, but to resentment of holier-than-thou hypocritical ‘limousine liberalism.’ A liberatory left needs to distinguish itself from corporate liberalism and capitalism in general, not just neo-liberalism. To begin to crack into the white “herrenvolk” democracy that enables underemployed working people to identify with Trump because he eats Wendy’s on his plane, we must be a self-critical movement.
Black liberation, Native sovereignty and other anti-colonial struggles have always been a pole of attraction for some people of European descent. We must extend that by rebuilding the internationalist anti-globalization movement of the late 90s — which has shown its power again by stalling the TPP — sharpening an anti-imperialist, anti-capitalist environmental consciousness, and identifying the common interests of working people here and around the world in creating a new economic system and way of life. This requires directly confronting, if necessary physically, forces of racism and reaction inside and outside the state. Anti-colonial class struggle has divided people in Brazil, Venezuela, and South Africa — it will certainly do so here in the settler colonial superpower that bottom lines reaction all over the world.
In the 1960s and 70s, many white radicals moved to white working class neighborhoods and suburbs, and entered factories. Others set up GI coffeehouses outside military bases and otherwise connected with the growing anti-imperialism of ‘grunts’ and conscripts. At the same time, many young white workers, Appalachian refugees to northern cities and other working class people of European descent were being radicalized by contact with Black Panthers and revolutionary Black workers. That development was truncated and reversed by COINTELPRO. Today, there is a pressing need to revive that process of proletarianization and radical transformation.
Competing with the so-called alt-right, open and covert nazis and avowed white supremacists for the hearts and minds of a significant element of the aggrieved white working and rural people who turned to Trump will involve strengthening our capacity for self-defense. On January 20, there is a national mobilization to DC to oppose and disrupt Trump’s white nationalism and the plans of the KKK and other white-power supporters to celebrate his victory. But that effort needs to be generalized, extended and deepened all across the country. Trump is a bully (and therefore a coward) — he attacks those he thinks weak and defenseless; that’s why he’s so inspirational to nightriders of the KKK, boneheads and alt-right. Standing up to them will demonstrate that they have no guts, no heart and no brains and is essential to winning away those they seek to organize or intimidate.