No Human Being is Illegal 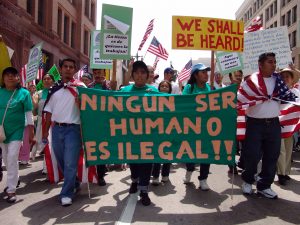 If you enjoyed this post, please consider leaving a comment or subscribing to the RSS feed to have future articles delivered to your feed reader.
By Change-Links|2017-02-27T15:30:46-05:00February 27th, 2017|Anti-Racism/Racism, Economy, Indigenous Nations, Justice/Injustice|0 Comments