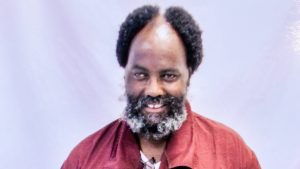 Aptly subtitled “Dreaming of Empire,” book one of a proposed trilogy on the US Empire as “Murder Incorporated” provides a sweeping, impressionistic, and verbally cinematic picture of US history, society, and a culture based on and perpetuating settler colonialism, slavery and genocide. As the authors say in their prologue: “To hell with the notion of ‘American exceptionalism,’ … To hell with Manifest Destiny…From the embryonic beginnings of empire in 1492 through the current jack-booted “New World Order,” our reassessment of the American narrative underscores the transmutation from old world empire to the ‘New Rome’ or ‘Manifest Destiny Rides Again.’ [As] Thomas Jimson concludes: ‘…Manifest Destiny once internalized in the culture is never really abolished, it merely adapts to … conditions and transforms itself into a suitable logic for the times.'”

Abu-Jamal and Vittoria examine the racialized nature of European, and especially US, conquest and expansionism, rooted in myths of Aryan and Teutonic superiority and god-given dominion, enforced and reinforced again and again by genocide and bloody repression. “It was terrorism of a kind the world has rarely if ever seen. When the Europeans came to the Americas, they remained [and pushed] the original people out of existence. They sought the maximum exertions out of them (in the south) or the maximum space away from them (in the north).”

The volume proceeds not so much chronologically as thematically to look at how these essential elements of land theft, enslavement, and mass murder repeat and reveal themselves in various periods, ranging from the fabled “American Revolution” of 1776, depicted as “not really a revolution at all… [but] a baron’s revolt-a change of management from the British lords and ladies” to the settler colonial elite of slave-holders and traders. They look at Teddy Roosevelt’s consolidation of a “domestic” empire on stolen Native land through carnage and chicanery, and its transmutation as the 19th century passed into the 20th into globe-spanning rapacity, rooted in his Southern-belle mother’s family fables of the plantation built on land seized from the Cherokee nation, displaced by the Trail of Tears. It looks at African captivity going back to the Arab slave trade and Black resistance, and stretching through its sanctification in the law in the US. They follow this thread through the Monroe Doctrine, the conquest of half of Mexico by the US in its insatiable desire to expand slavery into territory where it had been abolished by the more authentic Mexican Revolution of the 1800s. This leads swiftly into US intervention and conquest in Cuba and Puerto Rico, to the Dominican Republic in 1965 and to Reagan (and Bush) wars in Central America, Granada, and Panama. But following that thread into Latin America also leads to the Cuban Revolution and the Cuban role in aiding African liberation movements against colonialism, apartheid and white supremacy. 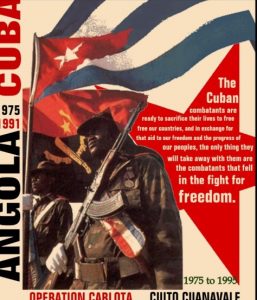 Book One (and apparently the coming books two and three) ends with a chapter titled, “No!”, highlighting the resistance to empire, slavery and genocide; in this case by Harriet Tubman, and interestingly, by the lesser known anti-war and gay liberation priest Malcolm Boyd, who walked into the Pentagon in 1970 amid the massive student and other strikes and actions against the Vietnam War and Cambodia incursion to say mass and offer the sacrament of the Eucharist at the gates of hell. Vittoria’s interview with Boyd about his 1970 action ends the book.