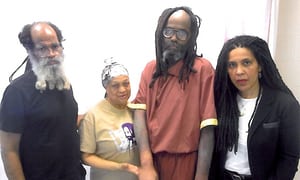 The intrepid journalist and author, Glenn Greenwald, in his 2014 work, No Place to Hide (Metropolitan Books: NY), offers a damning portrait of the US media, so long trained to worship at the altars of power, as agents of first attack against those journalists who dare to question or expose imperial edicts or escapades.

Indeed, Greenwald himself details how establishment reporters began their attacks y questioning both his status as a journalist, and then, one’s psychological wellness.

Assange, and his collective, Wikileaks, have been whistleblowers and transparency activists, determined to shine light on government activities everywhere.

Ecuador’s decision to withdraw its welcome to Assange, has exposed him to the venom of the American government, largely for showing US atrocities committed during the Iraq War.

In 2008, Greenwald writes, US Army secret records called Wikileaks “an enemy of the State”, showing plans to “destroy” the group [p.13]

And although Assange didn’t work as a reporter, he compiled great amounts of data, and shared it with great newspapers, which, while publishing his data, still tried to demonize, denounce and question his sanity.

Assange’s work has shown us how governments — including the US – really work.

For that, he has earned high praise.

If you enjoyed this post, please consider leaving a comment or subscribing to the RSS feed to have future articles delivered to your feed reader.
By Change-Links|2019-05-03T03:07:05-05:00May 3rd, 2019|Donald Trump, Heroes and Whistleblowers, Independent Journalism, Independent Media, Mumia Abu-Jamal, National Security, Whistleblowers|0 Comments