From death nets sweeping sea animals to their deaths, to farm animals raised for slaughter; what are we doing for these voiceless beings?

Can anyone affect commercial farm giants like Perdue, and others that kill millions of chickens every minute for the pleasure of the so-called consumer, who intentionally ignores the shocking conditions in which these farm animals are maintained and killed?

These conditions require applying great amounts of chemicals, such as germ-killing drugs, to sustain the animals only in order for their meat to show up at the markets.

Food for Thought: Pigs, cows, chickens, fish, and other farmed animals are smart and unique, just like the dogs and cats we share our homes with. Mercy for Animals Organization is dedicated to preventing cruelty to farmed animals, and helping bring about compassionate food choices and policies.

It has managed to reach out to businesses like Perdue. It has developed international efforts that are having big results through sound plans for advocacy and political lobbying…  Imagine how many Animals need not be killed, if only one day’s meal replaces meat with another choice?

But it does take a village to change a bad habit, like eating so much meat! It makes us very ill, and the costs are high! We must have institutional replacement for the meat we eat A.S.A.P.  The planet can no longer sustain the pollution produced by the killing of so many Animals… 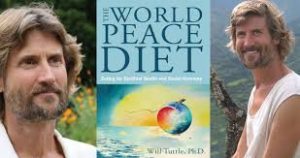 Did you know that the U.S. represents only 2% of the global volume of Animals, and of these, 99.6% are slated for farm processing?  98% of the globe’s Animals are mainly found in other countries, with over 50% in China and India! Mercy for Animals has been very busy in these parts of the World as well…

However, recently the US House of Representatives has been presented with a sinister Proposition; “The King Amendment,” authored by Republican Steve King, would take away State’s rights to investigate Animal cruelty, through the shady use of the Inter-State Commerce Clause in the Constitution (by claiming that state laws on these matters would limit interstate trade in Animal products). Of course, this law if adopted would seriously affect all organizations working on public policy to save millions of voiceless Farm Animals!

If you enjoyed this post, please consider leaving a comment or subscribing to the RSS feed to have future articles delivered to your feed reader.
By Change-Links|2018-04-24T22:08:37-05:00April 24th, 2018|Beyond Capitalism, China, Climate Change, Economy, Health, Justice/Injustice, Volunteer|0 Comments