Over 180 Organizations take Part in Massive Strike in Colombia

On April 25, over 180 social movements, political parties, trade unions, Indigenous and Afro-descendant organizations, mobilize on Colombia’s major roads, streets, highways, plazas, universities and shop floors as part of the National Strike. This massive strike will see participation from diverse sectors of Colombian society, who have united in their diversity to challenge the repressive right-wing national government. 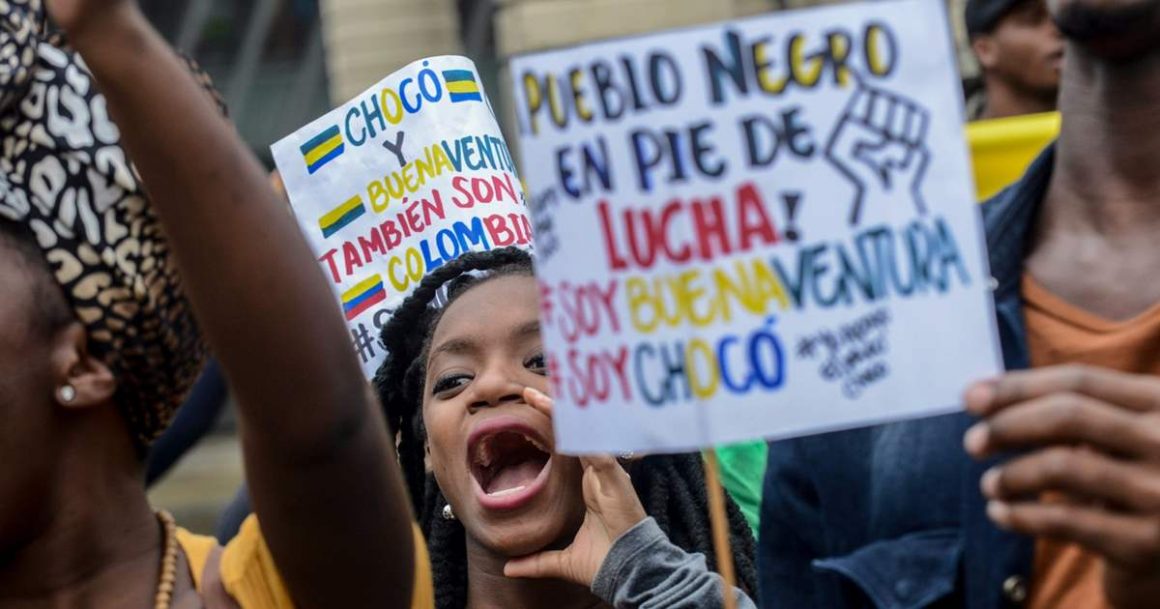 With the mobilization, the Colombian movements seek to present several key demands to the government. A major demand is that the government comply with agreements signed with the social movements, as well as with the Peace Agreements signed between the Colombian government and the former guerilla group, Revolutionary Armed Forces of Colombia (FARC) in 2016 in Havana, Cuba. The movements will also declare their rejection of the National Development Plan (PND) proposed by Ivan Duque’s government. According to the movements, the PND is yet another neoliberal policy favors foreign extractivist companies over the Colombian people.

The movements will also demand that the National Government of Colombia take immediate action to both protect the lives of social leaders in the country, and put an end to the rampant paramilitary violence that has left 600 leaders dead since the Havana peace agreements were signed. Organizations have also denounced state violence against leaders, pointing to the sharp increase in the criminalization, stigmatization, persecution and threats to social leaders. Hundreds of leaders are currently in jail because of their commitment and dedication to fighting for social change and peace while the assassins of leaders enjoy impunity.

Iván Duque: a return to the (more) violent past

Since Iván Duque took office in August 2018, Colombia’s movements have been mobilizing to denounce his social, political and economic policies, as well what many see as a return to the violent and repressive rule that sought to annihilate Colombia’s social sector in the 2000s when Alvaro Uribe Velez was president.

Iván Duque, who hails from the same party as Uribe, the Democratic Center, is widely seen as the political successor and puppet of the extreme-right wing ex-president and now Senator. Uribe enforced a zero-tolerance policy with regards to Colombia’s guerrilla groups and did not engage in peace negotiations with what he deemed “terrorist groups”. Before Duque was elected, many feared that he would take a similar hard line and reverse years of work and negotiations towards a true, lasting peace in Colombia.

These fears were not far off. Since his term started, Duque’s government has consistently failed to comply with the agreements signed in Havana in 2016. Most recently, he attempted to dismantle the Jurisdicción Especial para la Paz (JEP) [Special Jurisdiction for Peace] by objecting to 6 of the 159 articles of its’ Statutory Law. The JEP is a transitional justice system that was created through the Havana peace agreements in order to investigate, judge and sentence all those considered responsible for the crimes committed during the five-decade-long war between the guerila forces and the Colombian security forces. It is a central part of allowing the victims of the conflict to have truth and justice. The move by Duque was rejected nationally and internationally as a grave threat to the peace process.

The peace talks with the National Liberation Army (ELN) have also been in grave danger. Since August 7, when Duque took office, the government refused to resume the cycle of dialogue with the ELN that began with the government of Juan Manuel Santos. It also imposed strict conditions on the ELN that were not mutually agreed upon such as freeing all of the people currently detained by the group and an end to all acts of violence. Finally after the Police Academy bombing in Bogotá on January 17, the government demanded the arrest of leaders of the ELN who are part of the peace delegation and currently stationed in Havana, Cuba and indefinitely suspended the talks.

Duque’s presidency has also been characterized by the extreme militarized and violent response to social protest. The Minga Social which saw tens of thousands of peasants, Indigenous people and Afro-descendant people mobilize across the southwest of Colombia and block the Pan American highway, was met with heavy repression by Colombian security forces. Organizations condemned the fact that at several mobilization points, in addition to violent attacks with tear gas and batons by the Mobile Anti-Disturbance Squad (ESMAD), participants of the Minga were fired on with live bullets by the national army, which caused many grave injuries. In the Cajibío municipality of Cauca on April 2, Deiner Ceferino Yunda Camayo, a 20-year-old from a nearby Indigenous reservation, was killed when the army fired on the protesters.

The student mobilizations carried out in October, November and December of 2018 across Colombian territory to demand that the government increase the budget for public higher education were also met with brutal force and violence. Throughout the months of intense mobilization, student organizations denounced the disproportionate use of force by the Public Force which did not hesitate to unleash tear gas, stun grenades and baton attacks. During a mobilization on December 13 in Popayán, Cauca, a music student, Esteban Mosquera, lost an eye after the ESMAD fired a stun grenade at his face.

National development for who?

Opposition to Duque’s proposed National Development Plan (PND) is a central motivating factor in this strike. The PND, which is scheduled to be adopted by the Congress of Representatives on May 7, has been rejected by sectors across Colombian society. The central criticisms of the plan lies in its focus on the extraction of natural resources such as oil, coal and hydroelectric energy. In Colombia, 90% of resources that are extracted are exported and due to tax incentives that the country offers to multinationals, Colombia sells these resources at a loss.

In addition to the loss of sovereignty and resource wealth, the impact of the mega-projects on communities is dire. The drought in the La Guajira department caused by the resource intensive coal extraction at the Cerrejón mine has left Indigenous communities completely without water. The Hidroituango hydroelectric dam in Antioquia has not even been completed and already, hundreds of people have been displaced and the river which used to be one of the largest in Colombia has nearly dried up in some sections. The expansion of the extractive projects in Colombia, a country that already has concession claims on over 40% of its national territory, will deepen this environmental and social crisis.

Organizations have also denounced the impact of the PND on social rights. One of the objectives of the plan is to transform the peasant economy of rural areas and to make peasants into “rural workers”. 63% of the Colombian working population is considered to be working informally since they do not have basic social rights such as the minimum wage. The PND proposes a new formula of “self-employment” to formalize these activities. In short, it legalizes paid work below the already low minimum wage (USD 250 per month). Other direct attacks on pension funds, health and education are expected to aggravate the problems caused by waves of privatization.

Organizations have raised concerns over the section in the PND on the implementation of the peace agreements, terming it a return to former president Uribe’s “Democratic Security policy” which was based on the militarization of territories and prioritized the security of foreign investments over the people.

This National Strike is the culmination of months of anger and indignation felt by Colombian people across the social, economic and political sectors. In February, representatives of over 180 social movements and organizations and left-wing political parties took part in a national meeting to decide on a common plan to defend life, land, peace and democracy and fight the neoliberal and extractive policies of the right-wing government of Duque. They agreed on a united call for a National Strike on April 25. The strike is expected to be one of the biggest in Colombian history and an expression of the unity of progressive and alternative sectors.

As part of the strike, from April 28 to May 3, over 4,000 social leaders from across Colombia will convene in the capital, Bogotá, in a Humanitarian Refugee camp to raise awareness on the dire situation. Among the forms of protest will be an ‘asylum-thon,’ where leaders will go to different embassies to request asylum and other international protection measures in order to raise awareness of the humanitarian crisis and genocide. There will also be a public hearing in the Colombian Congress to present the situation to different institutional entities who by law should be taking measures to protect the lives of leaders and investigate the criminal acts against them.