More than 200 folks stood up in court in January against eight charges filed by City Attorney Mike Feuer against Dr. Melina Abdullah of Black Lives Matter LA for speaking out against police murders of Black and Brown people in L.A. Background on the case can be found in this article: httpss://thelandmag.com/the-people-v-melina-abdullah/ Every person who has been arrested and taken to court for speaking out at the LA Police Commission has been Black. There have also been arrests at the weekly vigils outside DA Jackie Lacey’s office, demanding she prosecute killer cops. Helen Jones, the mother of John Horton, killed inside LA County jail, who speaks regularly at the vigil, also addressed the crowd at the LA Women’s March in January.

The case against Abdullah is an attempt to criminalize Black protest. BLM-LA is urging everyone to stand up and fight back. 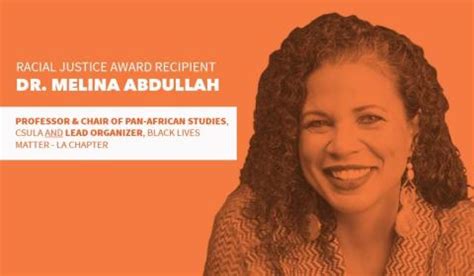 HERE ARE SOME THINGS YOU CAN DO RIGHT NOW:

Dr. Melina Abdullah says: “I don’t think it’s accidental that I am forced to think about the criminalization of Black protest on Martin Luther King Day. I am facing 8 counts related to my activism…for speaking out on behalf of those whose bodies have been stolen by police. I know it to be my sacred duty to fight back against oppression, to vision, and to work towards freedom. I know it to be the way that I honor Dr. King (who was arrested 40 times), Mama Harriet Tubman, Ella Baker and all of the courageous freedom fighters who walked before us. I also know it to be the way that I honor my mother, my grandmother, and those in my own bloodline. It is how I struggle for my children and my community. It is what gives me purpose.”

The underlying issue is the racist police murders with impunity of Black and Brown people here in LA County. BLMLA and their allies in White People for Black Lives  have documented over 450 people who have been killed by law enforcement or died in custody in LAPD or LA Sheriff’s Department’s jails since Jackie Lacey became District Attorney. After over a year of protests, including one at her home, Lacey finally pressed charges against one cop. In response to one particularly egregious recent incident, the shooting and killing of Albert Ramon Dorsey while he was naked in a locker room at the 24-Hour Fitness in Hollywood, BLM-LA is calling for a boycott of the fitness chain. They held a rally and press conference on Feb. 1 outside the Hollywood 24 Hour Fitness where they were harassed by a man in an LSPD shirt shouting white power slogans (LAPD claimed he was not a cop). This is the second killing by police after 24-Hour Fitness called the cops over a customer dispute; police killed a man last year outside the gym on Slauson near La Cienega in south LA after the management called them. They see the boycott as rooted in the history of the Black freedom struggle, such as the Montgomery Bus Boycott, and a step towards the future society “free of patriarchal hetero-normative racialized capitalism” they want to create.

BLM-LA held a “Black Xmas” protest in Hollywood late last year, marching from CNN, past the 24-Hour Fitness and to an occupation at a nearby Walgreen’s, where an armed security guard shot in the back and killed Jonathan Hart, 21, a Black gay man he suspected of shop-lifting. Greg Akili of Black Lives Matter says, “There is nothing on sale at Walgreen’s worth taking a human life.” (Akili himself was arrested and convicted over prior protests at the Police Commission and was banned from attending for a year until just recently.) Black Lives Matter has always stood for radical inclusivity of  lesbian, gay, bi, queer and trans Black people, saying “All Black lives matter!”

In response to the protests, the guard has been fired and is being prosecuted. BLM-LA has also expressed concern about the two Black men, Gemmell Moore and Timothy Dean, found dead in the home of a major Democratic Party fundraiser, Ed Buck in West Hollywood, over the past year or so, with another body found in a car nearby on a third occasion, with no arrests by the LA Sheriff’s Department and no charges brought by the DA (who has received campaign contributions from Buck). Although BLM-LA is an abolitionist organization, they believe strongly that while the police continue to take lives and the DA’s office continues to function and prosecute others, they must be held accountable. Their vigil with families of those killed by law enforcement is now well into its second year outside DA Jackie Lacey’s office, 211 W. Temple, every Wednesday rain or shine from 4-6 PM, and they are at the LA Police Commission, inside LAPD HQ, 100 W. First St., every Tuesday at 9:30 AM.