by Mark Friedman, L.A. US Hands Off Cuba Coalition

A delegation of a dozen young people from local universities who are environmental activists left for a week of educational programs in Cuba on April 26.

“We have an opportunity to be part of an international meeting hosted by the National Aquarium (Acuario Nacional) to discuss the world-wide crisis of ocean plastic pollution and global climate change,” said delegation leader Johanna Cervantes, a student at El Camino College. 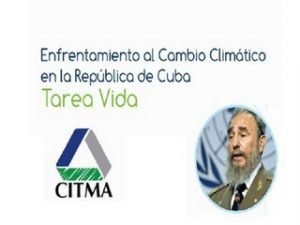 “As environmental activists and educators on board the LA Maritime Institute tall sailing ships, we have a lot to learn and teach others. For years we have been studying ocean plastics on the LA, Long Beach, San Pedro beaches and harbors and campaigning for tough legislation and leading activities in local middle and high schools. Our campaigns have been bi-lingual, reaching the Spanish speaking community that is most often left out of environmental education.”

“This international effort is exactly what is needed to motivate individuals, corporations and governments around the world to stop talking the “blah, blah, blah” as Greta Thunberg says, and start acting to save humanity from impending disasters. “

Cuba is one country that has implemented Tarea Vida, to fight climate change impacts on the island. They have moved 32,000 from near shore homes, and provided free housing for them further inland. They have planted massive mangroves, and moved agriculture further up the mountain into cooler climates,” she added.

The aquarium program will include researchers, marine science majors from the University of Havana, representatives from fishery organizations and environmental groups. An international press conference will share the results.

If you enjoyed this post, please consider leaving a comment or subscribing to the RSS feed to have future articles delivered to your feed reader.
By Change-Links|2022-04-30T17:59:40-05:00April 30th, 2022|Activism, Beyond Capitalism, Climate Change, Cuba, Education, Environmentalism, Movements|0 Comments