Throughout Puerto Rican history, women have played an exemplary and leading role in the struggle against colonialism and oppression. Political and military leaders like Mariana Bracetti, Lola Rodríguez De Tío, Juana Colón, Blanca Canales and many others, have been models of courage and devotion to the struggle for independence and self-determination.

One of the most widely known and respected women from the 20th century Puerto Rican liberation struggle is Lolita Lebrón. 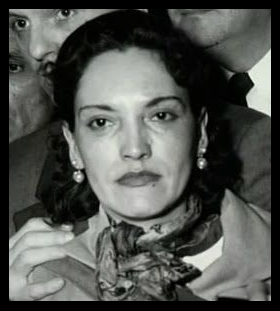 Lolita came from a poor, working-class family. She was born in the year 1919, when U.S. colonial rule in Puerto Rico was open and brutal, with rampant social misery. Her family lived in the legendary city of Lares, known for the 1868 “El Grito de Lares” uprising against Spanish colonialism and chattel slavery in Puerto Rico.

The hardships Lolita’s family faced during her youth, brought upon by the tightening of U.S. colonialism’s economic dominance in the country, contributed to Lolita Lebrón’s strong character. As a young woman, like so many of her compatriots, she decided to leave Puerto Rico in 1940 in search of a better life.

After World War II and into the 1960s, an average of 63,000 people migrated annually to the United States from Puerto Rico. By the end of this migration, nearly half of the Puerto Rican nation would be uprooted. They were pushed off their land in order to make way for lucrative agricultural and mining industries. This was an aspect of Washington’s colonial policy in the interests of giant capitalist corporations but at the expense of the Puerto Rican masses.

Lolita Lebrón settled in New York City’s East Harlem, then the largest community of Puerto Ricans outside of Puerto Rico. Like so many who migrated to find work in New York City, Lolita was employed as a stitcher in the city’s garment district. She immediately came face to face with the racism and exploitation that defines life for immigrant workers in the United States. 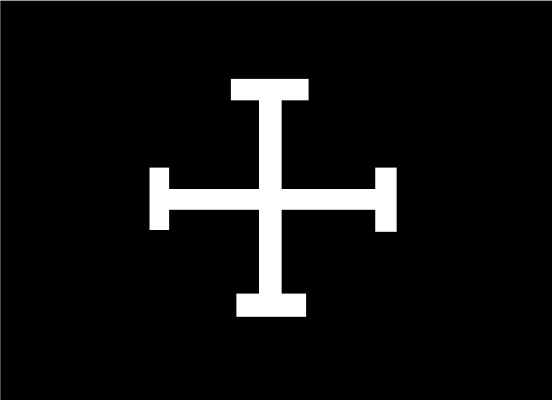 Flag of the Nationalist Party of Puerto Rico.

Having a proud sense of her self-identity and a strong belief in the cause for Puerto Rico’s independence, Lolita increasingly developed resentment for the presence of a foreign invader in the homeland she adored. And because Lolita witnessed first hand the suffering of her people who were compelled by colonialism to migrate to a distant land to endure racism and discrimination, she joined the New York committee of the Nationalist Party of Puerto Rico, led by Dr. Pedro Albizu Campos.

The Nationalist Party was banned in 1938. It continued its activities under intense repression, especially following the 1950 Jayuya Uprising and the attempted assassination in the same year of President Harry S. Truman by Nationalists Oscar Collazo and Griselio Torresola in retaliation for the crackdown that followed Jayuya. During the anti-communist, anti-labor and racist witch-hunts of the McCarthy era, the Nationalist Party committee in New York City secretly operated under the name “Movimiento Libertador” (Liberation Movement).

The New York committee served as a rear guard within the colonizing country to gather political and financial support for the movement in Puerto Rico. They held many public meetings with the hope of organizing the Puerto Rican community and to draw allies around the issue of independence.

Taking advantage of the imprisonment of the revolutionary leadership, the U.S. government shifted its methods to disguise its role as colonizers. The governorship of Puerto Rico was no longer to be a military official appointed by the U.S. president. Instead, the U.S. granted supposedly “free elections” from among Puerto Rican candidates who were approved exclusively by the U.S. rulers. In addition, in 1952 the U.S.-dominated United Nations was persuaded to approve a resolution that designated the case of Puerto Rico as an internal matter of the United States.

Faced with this new reality, anti-colonial activists had to find new tactics to expose the colonial reality that Puerto Rico still experienced. Albizu Campos put out a call to carry out any form of action that would highlight the criminal nature of the U.S. domination of Puerto Rico.

A group of members from the New York committee—Rafael Cancel Miranda, Andrés Figueroa Cordero, Irvin Flores and Lolita Lebrón—secretly prepared to respond to Albizu Campos’s call. For many weeks and months the four patriots met to discuss the target, chosen with no regard for their own personal safety or survival.

With no mention of their plan to their families or friends, the four left for Washington, expecting never to return. Their only concern was to achieve the political objective in the action they were to take.

A bold and daring attack 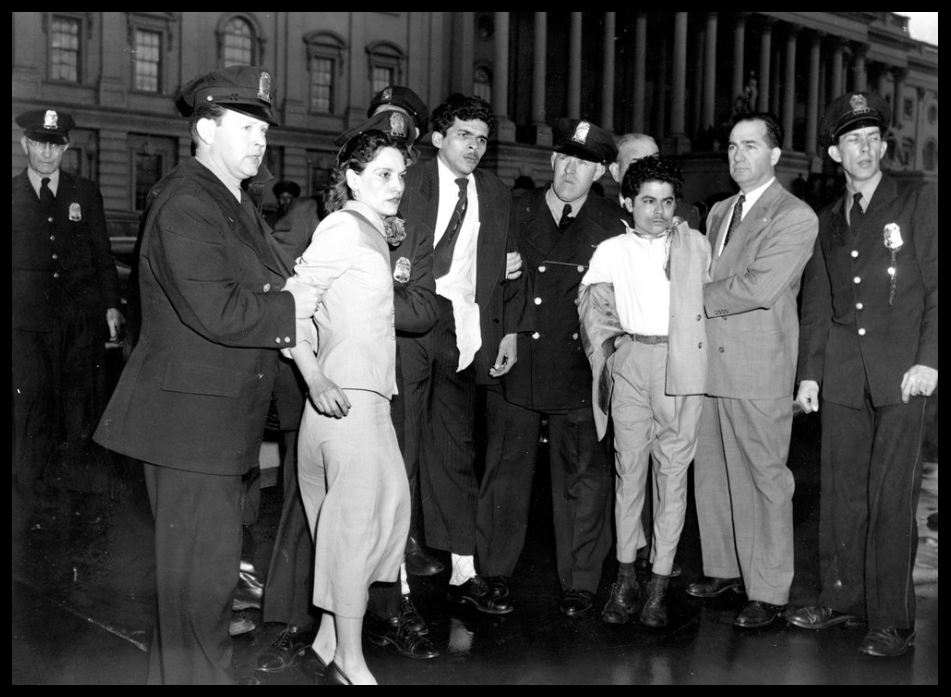 On the morning of March 1, 1954, members of the House of Representatives were meeting to discuss immigration policy and the government of democratically elected President Jacobo Árbenz of Guatemala—a government that the CIA overthrew in November of that year. The four patriots calmly entered the Capitol building, passing through the lobby and up the stairs to a balcony designated for visitors.

As the proceedings went on, the Nationalists unfurled the Puerto Rican flag. Lolita Lebrón then shouted, “QUE VIVA PUERTO RICO LIBRE!” Within seconds of brandishing and aiming their automatic weapons, the four revolutionaries opened fire on the U.S. Congress.

Gunfire broke out and bullets whistled through the air. Panic erupted in the chamber. Many congressional figures and their staff began screaming as they frantically pushed one another to get to the exit doors. Others avoided being shot by running to hide underneath tables and behind chairs

Before it ended, 30 rounds were fired. Five congressmen were wounded. All government buildings were shut down, and security throughout the city of Washington was increased.

The four Nationalists were immediately apprehended. The mass media launched a vicious campaign to demonize them and the entire Puerto Rican independence movement. The four were ultimately convicted and sentenced to life imprisonment. 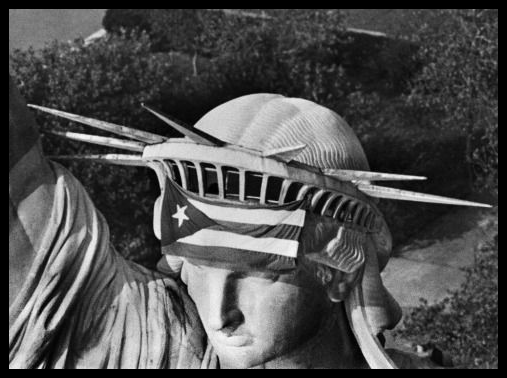 Members of the NYC Committee to Free the Nationalists took over the Statue of Liberty to demand their release.

As the Puerto Rican people mounted their struggle for the right of self-determination in Puerto Rico and in the United States during the upsurge of the 1960s and 1970s, more and more people raised the demand for the immediate release of Puerto Rican political prisoners. Thanks to the diplomatic work and solidarity of the Cuban revolutionary government, an international campaign galvanized widespread support for their release. 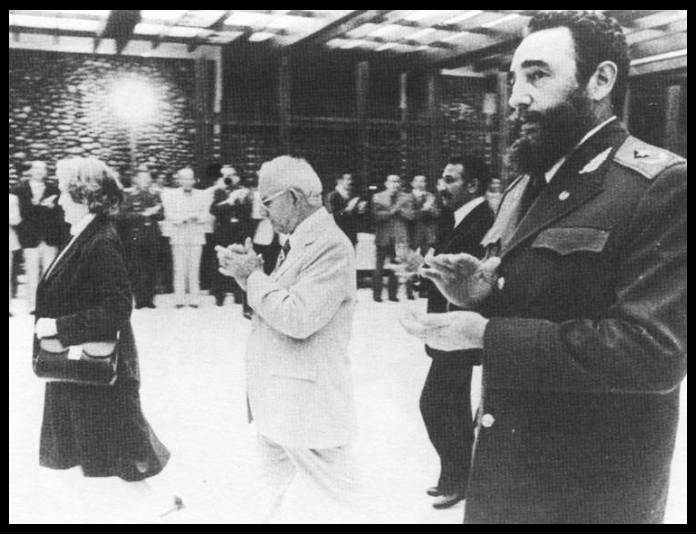 Cuban President Fidel Castro Ruz invited the formerly imprisoned Nationalists to Cuba to receive that country’s highest honor, Medal of the Order of the Bay of Pigs. 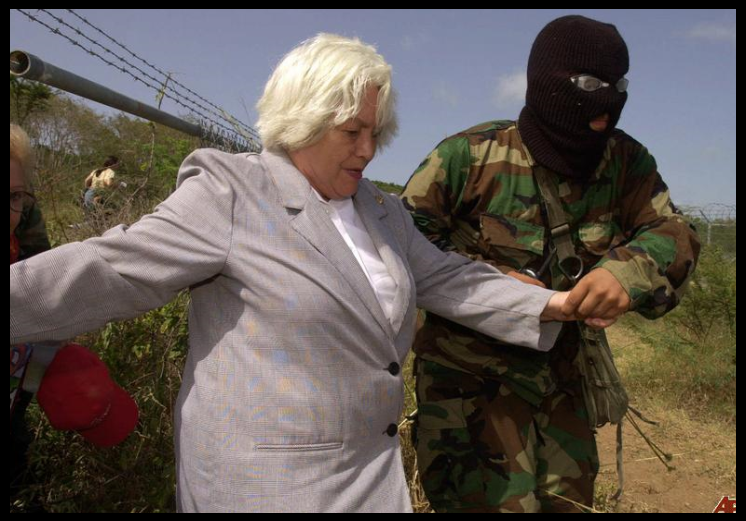 Lolita Lebron was arrested in 2001 for civil disobedience demanding the U.S. Navy out of Vieques.

The bold action taken by the four Puerto Rican patriots was an event that shocked the imperial-minded men of privilege — a shock that the U.S. ruling class has never forgotten. The colonizers of Puerto Rico never imagined that the people they victimized would dare such a bold act within the capital of the empire.

What Lolita, Rafael, Andrés and Irvin did on that day symbolizes not only the fury of the colonized Puerto Rican nation but of every oppressed people that strives for a world without imperialist oppression. 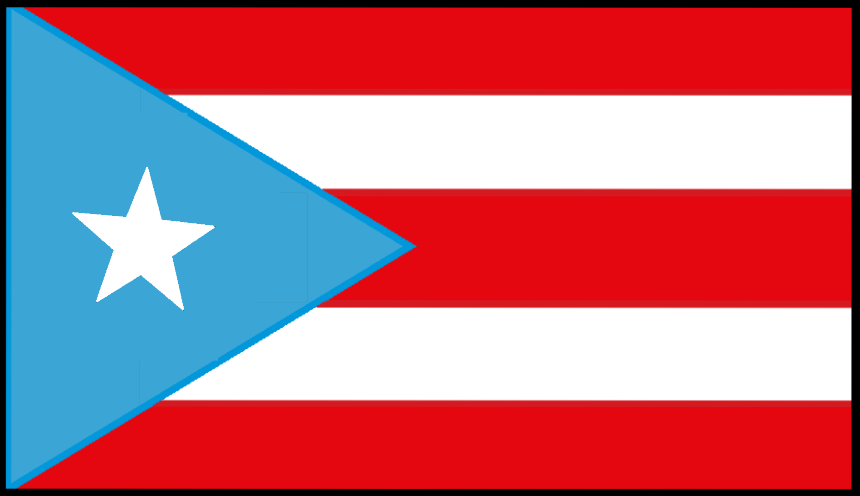