Letters to the Editor: No Nukes!

Dear lovers of peace and a nuclear free world,

For those skeptical about being able to finance a “Green New Deal,” there is a bill recently introduced into the House of Representatives that could provide that funding, if Congress would take it seriously.

HR-2419, the “Nuclear Weapons Abolition and Economic and Energy Conversion Act, calls on the US government to sign and ratify the 2017 Treaty on the Prohibition of Nuclear Weapons, eliminate its nuclear weapons along with those of every other country, and use the money and resources saved to transform the war economy to address climate change, carbon-free, nuclear-free energy, and other pressing social needs.

Eleanor Holmes Norton has been introducing evolving versions of this legislation each session since 1994. 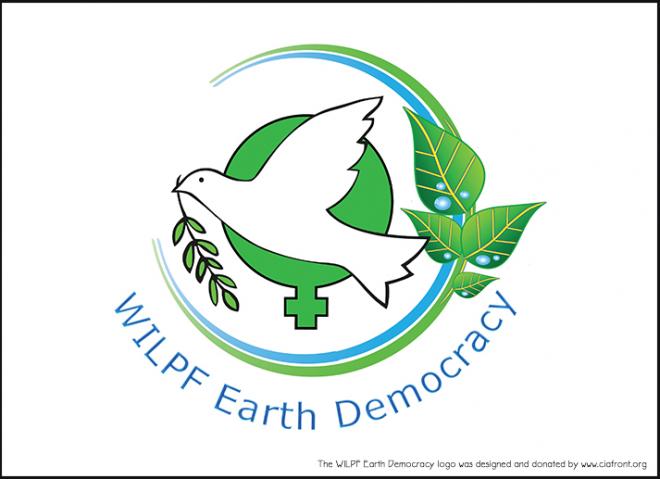 Beatrice Fihn of ICAN, who said to the Congressional Progressive Caucus on April 30, 2019, the day the bill was introduced, “Congresswoman Norton has been one of the few voices showing courageous leadership on this issue for several years.  We now have a nuclear ban treaty that provides a clear path to realize the vision the Congresswoman has been presenting. Her strong support for the Treaty on the Prohibition of Nuclear Weapons is an example for all US political leaders and an important message to other nations who are leading on this issue.”

“Our bill is as timely as ever,” Norton said in her press release. “Although the United States possesses one of the largest nuclear arsenals, there are still plans to spend trillions of dollars more on these doomsday weapons while urgent domestic needs, including health care, infrastructure, and clean energy, face funding shortfalls. The United States can reestablish our moral leadership in the world by redirecting these funds to urgent domestic issues, not preparing for human extinction.

It’s far past time to reverse this madness.  Congress can do it.  Eleanor Holmes Norton has been trying to do it!  It’s been stuck in the Armed Services and Foreign Affairs Committee.  It needs to get to the floor for a vote … WITHOUT mark-ups!

Write, call, or best yet, set up a meeting with your Representative.  Ask for active co-sponsorship.  You can send a letter to your Representative online at https://bit.ly/prop1petition. Let us know if you get a reply!  et@prop1.org Keep up to date with what’s happening at https://prop1.org, where you can find links to the online and paper petitions supporting Norton’s legislation in the House, as well as to online and paper petitions for Senate support of the UN Treaty on the Prohibition of Nuclear Weapons.

If you enjoyed this post, please consider leaving a comment or subscribing to the RSS feed to have future articles delivered to your feed reader.
By Change-Links|2019-06-01T03:30:35-05:00June 1st, 2019|Activism, Letters to the Editor, Movements, National Security, Nuclear Power, Peace, Peace and War, Politics, Security and Insecurity, United States, War|0 Comments