On March 12, 2015, Isaac B. Pearson was arrested and charged with promoting prostitution (F3) due to allegations of a prostitute. Detective Jason Krasley during a prostitution investigation detained a 20-year-old lady who supposedly stated that Pearson received $905.00 from her acts the night prior to the day’s events.

Three years later, after an appeal from an evidentiary hearing, Honorable Mary Hannah Leavitt reversed the ruling to confiscate the currency from Pearson because the confiscation was neither initiated under nor authorized by statute. No. 203 C.D. 2017, after Pearson provided documents showing: a $2,360.40 college loan, unemployment compensation benefits, an active bank account as well as numerous withdrawals, to support his contention that the funds he had were his own.

Judge James T. Anthony has ordered the Commonwealth of PA to return the $905.00 to Isaac B. Pearson. The lady who made the alleged statements never made an appearance in court (MD-1958-2015). For these reasons we believe Pearson’s arrest is and has always been invalid and unsubstantiated.

In the past a similar case has been ruled as follows by the Superior Court: “Part of the court’s focus in determining that the appellant did not promote prostitution was the appellant’s lack of earnings. “Though it is clear that a prostitution business was operating at the date and time in question, the Commonwealth must prove that the appellant received income from the business.” –Judges Cirillo, Olszewski and Hester.

Hi, Eric Gordon, I was compelled to respond to your eloquent recent Feb. 2018 Letter to Change Links. My name is Bella De Soto, a “TRUE” Socialist. I want to clarify that from the start, so you and many with your sentiments can perhaps start distinguishing between the historic global LEFT and the USA Pentagon Mass Media convenient classification of what they refer to as the “Left” or the Democratic Party.

In your piece, you pointed out “There’s a reason Bernie Sanders ran as a Democrat,” and immediately included several others who also ran under a similar banner and won some races, but what you are missing is that I and many others do not vote for either USA Pentagon dictatorial electoral party of Dems and/or Reps. We, on the other hand go out of our way to vote for those daring True Socialists, or not vote at all. Many, many voters are turned off and do not vote.

So here we go again, if Trump comes down, will a Hillary figure not play the same role to satisfy the Pentagon Complex?  We know this game.  Her legacy is well known. In my view, Eric, your elaborate argument, why can’t we all get along, why are we divided, and why not all join and support the Democrats is ludicrous at best.  Please learn your history better; Socialism has been used by the worse and the best of human efforts, but has never been allowed to flourish fully worldwide, so I hope in my lifetime I may see this reversed. Why has Venezuela been so under attack by the Imperialist USA, Democrat or Republican in the White House?  There’s some history for you!

Does Alan Minsky, KPFK’s interim program director, think that contributions to KPFK will be generated by abruptly interrupting, mid-program, such popular programs like Democracy Now and the Ralph Nader Hour, to be replaced with KPFK’s fund raising pitches for the rest of the hour?  If Minsky is trying to infuriate KPFK’s listeners I think that he’s succeeded admirably.

For example, I was listening to the Ralph Nader Hour this morning when the program (see attached) was abruptly terminated by Minsky while Ralph was in mid-sentence and replaced with a fund raising pitch for the rest of the hour.  Although the rest of the program wasn’t available on KPFK’s archives, I was able to listen to it at httpss://tunein.com/radio/Ralph-Nader-Radio-Hour-p616141/

Similar cut-aways happen on Democracy Now!, requiring that I go to their website to hear the full original program.

So why should I bother to continue support of a station that treats its listeners that way? 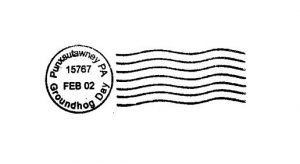 Letter To A Sister: The Tip Of Hollywood’s Entertainment Rapeberg

The intolerance that’s developed in the entertainment industry in the last few months for sexual assault is long overdue.  But it runs deeper and higher and that has not been confronted yet.  Will it?

The rapist was sentenced to prison and was incarcerated in a maximum security prison.  Not a Club fed, not a probationary program, but prison, where the rapist was imprisoned until 1995.  After that he was required to register a a sex offender.  Under federal law, in the eyes of the American government, this rapist is a convicted sex offender.

The rapist’s conviction was not appealed.  The rapist’s guilt was not questioned. After his release the rapist was not denounced, exiled or banished from the entertainment community as have some of the others.

Instead he was welcome back to the entertainment world with open arms, handshakes, smiles and laughter.  Without protest he has appeared in mainstream entertainment shows owned by established publicly held entertainment companies.

The rapist is Mike Tyson.  He has appeared in addition to other shows on the Jimmy Kimmel show at least nine times since his conviction.

Is a rapist so entertaining and appropriate that no one would?

There are other distressing facts.  Mike Tyson was in the movie The Hangover, which Warner Bros. not Disney put out.  Why did Warner owner head Jeff Bewkes do nothing?  Or Warner executive Alan Horn who was at Warner then and is now at Jimmy Kimmel show owner Disney?

Jimmy Kimmel has had Sarah Silverman on his show many times, who has made jokes about rape and has apologized for her “friend” Louis CK’s actions. Jimmy Kimmel is hosting the Oscars which has had Sarah Silverman on as a presenter.  The OScars has also had Sasha Baron Cohen and Tina Fey on, both of who joked about rape.  Tina Fey’s rape joke on Saturday Night Live was in fact about Mike Tyson.

Do the Oscars, which are on ABC, also believe that rape is entertaining and funny, and that a convicted rapist should be given a place to be seen and heard and applauded?  Why does Oscars host Jimmy Kimmel give Mike Tyson, a convicted rapist, a free pass over and over ?

Why does no one care? How far up and down and deep does it go?

Why at Disney, a family friendly company is this tolerated?  Recently Disney’s reputation has been questioned with a child being killed by an alligator on Disney property, its long relationship with top Pixar executive James Lassiter and his own reputation and actions of abuse, and Disney’s long and profitable relationship with Harvey Weinstein?

How many others like this are there?  How many have gone public?  How many have been paid to keep quiet by large entertainment companies with money and power and powerful friends and politicians who have received donations from them?

When violation is itself a source of humor and entertainment to these people and companies, why is there a blind eye?  Why the turned back?  Why the silence and not protest?  Why no public outcry or attention?

Mike Tyson’s victim’s name was and is Desiree Washington.

When will Desiree Washington be included as a #metoo?

If you enjoyed this post, please consider leaving a comment or subscribing to the RSS feed to have future articles delivered to your feed reader.
By Change-Links|2018-02-28T23:48:04-05:00February 28th, 2018|Commentary, Human Rights, Letters To Editors, Letters to the Editor, Movements, Prisons, Uncategorized|0 Comments