Letter to the Editor: Don’t Ostracize and Stigmatize All Cops

Letter to the Editor:

Don’t Ostracize and Stigmatize All Cops As “Bastards”

I am writing in response to Imani Beckett’s article, “Why all Cops Are In Fact Bastards,” in the February, 2020 edition of Change Links.

Throughout human history virtually all major systems of power inherently draw to them those who seek to impose their strength over others.  The fact that these systems often oppress others is particularly disdainful, because it is an abuse of that power against those less powerful who are in turn exploited.

Having acknowledged that, it should also be noted that at the same time, many who become servants of this power are taught and trained as youth by all of the major voices around them that this power is good and that to be in its services is both righteous and admirable. They are conditioned to see life in this way, justifying the use of force to control and if necessary, to kill.  These perpetuators and perpetrators of violence are also victims of such systems in different ways.  They require political wakening and consciousness.

If those of us who are opposed to the abuse of power want to seek significant and real change in our societies we will require a significant number of such people to embrace our perceptions.  Calling others names and ostracizing them through stigmatization will not help this process.  It will deter it.  I saw this first hand in the 60s.  Our efforts then over decades did not change our Western worlds to any significant degree in my estimation.

On the other hand, I know of police officers who have taken on corrupt police administrations, losing their careers in the process.  While many police abuse their power, hundreds of law enforcement officers have tried to do good, and many have died trying to help their fellow citizens. Historians agree that a major force ending the Vietnam War were the US military members that refused to fight the war, and that without their determination, the rest of the 60s peace movement may have been ultimately ineffectual. 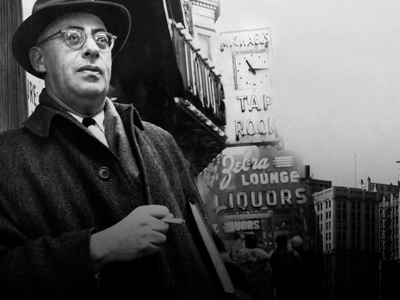 Saul Alinksy wrote “Rules for Radicals,” bible for many organizers for piecemeal reforms.

Saul Alinsky has been quoted as saying, “There are no permanent allies.  There is only permanent power.”  Rosa Luxembourg stated that conversion of power takes place through acts of empathy that are carried out to people who are not your natural allies.

Red Rosa Luxembourg knew the contradictions were irreconcilable: “In this hour, socialism is the only salvation for humanity-Socialism or Barbarism!”

Chris Hedges believes this means reaching out to people whose political views we find “disdainful, and even repugnant.”

It might feel good to release anger over injustice by demonizing those who do wrong, but if we want to create a more loving and caring society, a better strategy is to get many of them to find common ground with our perspectives.  Belittling them is not an effective way to advance that process.

Editor’s note: We received at least one other critical response to the piece in a phone call, as well as criticism of our use of the hashtag ACAB (the acronym for “All Cops Are Bastards,” widely found in memes and tweets). The caller complained that the article falsely charged that homicides in the Black community are never investigated or prosecuted. That complaint is justified, since many people — as opposed to police officers — are tried and sentenced for murders of Black people. The term “bastards” is also loaded, and somewhat archaic, based on patriarchal notions of “legitimacy” or “illegitimacy.”

While it is true that the police, regardless of the personal good intentions or aspirations of any individual officer, are institutionally charged with and guilty of defending an oppressive, exploitative status quo, and that there is a difference  between well-paid career cops and the “citizen soldiers,” mostly conscripts, who helped end the US war on Vietnam, the letter writer is correct that name-calling and a lack of empathy are counter-productive in trying to change those realities.

One of the most common causes of police deaths, after traffic accidents, is suicide, because of the personal toll the contradictions of policing take on people who become cops out of an authentic desire to “protect and serve,” and then discover the brutal realities of a colonial, capitalism policing system.

The challenge to any individual officer is to become a whistle-blower, like Chelsea Manning in the military, or Edward Snowden in the “intelligence community.”