The second annual Left Coast Forum will take place at LA Trade Technical College on Washington Blvd. & Grand Ave. downtown on the weekend of Aug. 24-26, sponsored by LA Progressive and the NYC Left Forum. Keynote speakers as we went to press included Alexandria Ocasio-Cortez, the DSA candidate who shocked the political establishment by defeating the 4th-ranked Democratic Congressional leader in the NY primary; Dr. Melina Abdullah of Black Lives Matter; Hector Villagra of the ACLU of Southern California; and Eric Mann of the Labor-Community Strategy Center. 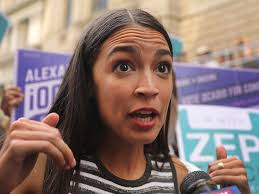 Beginning on Friday evening Aug. 24, and continuing all day Saturday and on Sunday morning and afternoon, the Left Coast Forum features dozens of panels, several film screenings, musical and spoken word entertainment, vendor booths, and more. The forum will conclude on Sunday at 3:00 PM with a commemoration of Dr. Martin Luther King Jr. and the 1963 March on Washington for Jobs and Freedom, in the form of a live theater piece featuring Gerald Rivers as Dr. King, KB Solomon as Paul Robeson, and other celebrity performers.

After years of contributing to unsuccessful progressive causes and campaigns, we have gotten tired of losing. To understand the lack of unity among progressives, we took a hard long look at the hundreds of progressive organizations we’d worked with and saw patterns of behavior that indicated that many of our fellow progressives and socialists appear to tacitly accept racial and ethnic segregation as a normal feature of life.

Furthermore, few fully embraced the notion that there is a connection between the segregated lives we live and a fractured and weak progressive movement. We saw that progressives are just as likely to live racially and ethnically segregated as individuals that belong to any other political or social group in the US. We find this problematic because we believe that this lived experience plays out in our activism and weakens what could be a powerful united front. At #LEFTCOASTFORUM we are going to talk about the centrality of race and racism.

The Left Coast Forum therefore aims to address progressive issues by reaching across racial, ethnic, gender, class, generational and sexual identities with intention. The gathering is an expression of a commitment to bringing the progressive community together on social, political, economical, environmental and other issues, while acknowledging, addressing and seeking to overcome the divisions that exist within the progressive community and movements.