Interview with Lisa Simpson, mother of Richard Risher, a teenager who was killed by the LAPD, by Change Links community news

Q: Can you tell us about your son, Richard Risher? What were his interests and plans; what were your hopes and dreams for him?

Lisa Simpson:  My son Richard Risher was killed on July 25, 2016 in the Nickerson Gardens. I don’t know the full details, because I still don’t have a police report or an autopsy report. My son was planning on attending college and played basketball; and he wanted to get his associate degree in business. 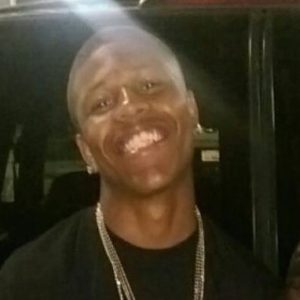 Q: Please tell us what happened to Richard at the hands of the LAPD.

Lisa: All I know is that they shot and killed him.

Q: How did you learn about this? Did the LAPD inform you?

Lisa: I learned about my son’s death by a friend of the family. LAPD still hasn’t said or told me anything, and it’s been 9 months and no nothing.

Q: Please tell us about the treatment and response you have received from the LAPD itself regarding Richard, and from the LA Police Commission. I understand there was an attempt to criminalize you as well?

Lisa: I’ve been treated like a criminal myself for fighting for my son. The Police Commission was very disrespectful.  I’m the first person in America that was charged with a gun violence restraining order for me speaking on behalf of my dead son. I beat the restraining order case and now they are trying to press criminal charges on me. 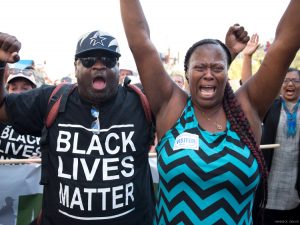 Q: Has the District Attorney, Jackie Lacey, or the City Attorney, Mike Feuer, done anything about the police killing of your son?

Lisa: Jackie Lacey claims she knows nothing about my son’s case and haven’t no one from her office contacted me but they are harassing my family and the people of the Nickerson Gardens. [Note: The DA says she only takes police brutality, abuse and killings that are referred to her by the LAPD itself following their internal investigation.] 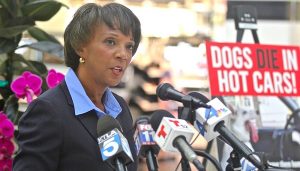 D.A. Jackie Lacey shows more concern about dogs dying in cars than Black children, women and men shot down like dogs by LAPD.

Q: What actions do you think the movement and the community at large should be undertaking to achieve some justice in the killing of your son, or in preventing further police murders with impunity?

Lisa: I feel we need to be in the streets and fight against the system that killed my son, because they still killing kids daily; no one is doing anything about it and they getting away with murder. Jackie Lacey is approving all of these murders by not doing anything, because of the gifts LAPD presents her with. She should be prosecuted, along with the three officers that killed my son and Chief Beck, for approving this type of violence on our youth. Thanks. 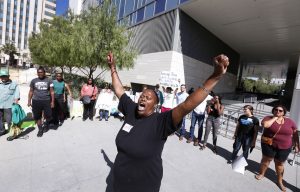 Ed. note: Lisa Simpson, mother of Richard Risher, (a teenager killed by the LAPD last year, one of more than 20 people killed by Los Angeles police officers in 2016 when LAPD was again the most murderous police department in the country), is seeking an attorney who can represent the family at the state level in seeking justice for her son, Richard Risher. If you can assist, please contact her at <imhisonlywoman@gmail.com>.