Our Men Of The Year – Julian Assange and Bradford Manning’ 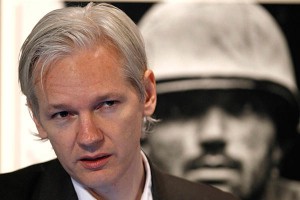 Some may say that Julian is flawed. The sex charges are for having a torn condom. They were dropped until the US pressured Sweden to reinstate them. No one in similar circumstances has ever had an Interpol warrant issued. This occurred when he threaten to release information on Bank of America. He is only doing what any decent investigative reported would have done.

He didn’t steal these files, he was given them from unknown sources. He went over them with major newspapers to take out and names and anything that might have harmed anyone.

These files were of the lowest secrecy, visible to over 1 millions military, government and contractors personnel. No problems occurred except embarrassment. The government has been making more and more things secret; mainly from the public and the press to keep their real purposes, and their corruptions hidden.

If you enjoyed this post, please consider leaving a comment or subscribing to the RSS feed to have future articles delivered to your feed reader.
By John Johnson|2011-01-09T02:26:14-05:00January 2nd, 2011|Editorial, Featured, Free Speech, Independent Media, John Pilger, News, Politics|1 Comment