In February of this year, the Associated Press reported that California’s Department of Oil and Gas and Geothermal Regulation (DOGGR) had authorized oil companies to inject toxic fracking wastewater into aquifers that may be used as a source of drinking water or irrigation 2500 times.

DOGGR officials admitted that they had erred saying they were confused about aquifer or oil field boundaries or they misinterpreted water safety requirements. Yet they have only shut down 23 of those wells. 46% of these 2500 wells were permitted or began injection since Gov. Brown took office.

Up to half of California wells are fracked. Oil companies own tests show high levels of cancer-causing benzene in flowback fluid from fracked wells in California. Those tests found benzene at levels as high as 1,500 times the federal limits for drinking water. Fracking flowback is typically disposed of in wastewater injection wells.

Produced water, which comes from fracked wells and conventional wells alike, also can contain high levels of benzene and other chemicals. State oil officials own study detected levels thousands of times the federal limits. In California, roughly 113 billion gallons of produced water is dumped into wastewater disposal wells each month.

In 1983, the EPA gave control of implementation of the Safe Drinking Water Act to the state. But DOGGR, which is actually funded by the oil industry, has been hamstrung by a contradictory mission which is to “Facilitate the wise development of oil, gas, and geothermal resources to meet the state’s demand for energy production while continuing to protect public safety and the environment.” And protecting the resource has been interpreted to mean exploiting the resource for the benefit of the state. 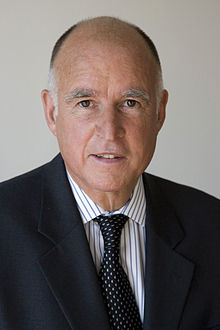 DOGGR has also been hamstrung by Jerry Brown, who has taken $2.4 million dollars from the oil industry for his gubernatorial and Prop 30 campaigns and his two charter schools in Oakland, has been the oil industry’s biggest enabler.

In 2011, Brown fired the head of DOGGR, Elena Miller, who had introduced lengthier scrutiny to underground injection processes because she was concerned that the process could pollute water sources.

Brown said the firings were because DOGGR was steadfastly blocking oil production permits,î citing the state’s need for ìa healthy and vibrant oil and gas industry.

The move was hailed by then-State Sen. Michael Rubio from Shafter, a community being devastated by fracking. We have worked diligently with the governor’s administration to reduce the roadblocks for the oil and gas industries to receive permits, Rubio said at time.

Less than a year and a half later, Rubio resigned to take a position in government affairs with Chevron.

Brown told a crowd in 2012 at the opening of a solar plant near Sacramento, “The oil rigs are moving in Kern County. We want to use our resources … our sun and all the other sources of power. It’s not going to be easy. There’s going to be screw-ups. There’s going to be bankruptcies. There’ll be indictments, and there’ll be deaths. But we’re going to keep going.”

In late February, after the illegal aquifer dumping was revealed, more than 150 environmental and community groups filed a legal petition urging Brown to use his emergency powers to place a moratorium on fracking and other well stimulation techniques. In March, eight California legislators sent a letter to Gov. Brown asking him to immediately shut down all injection wells.
The third week in March, three dozen fractivists with Californians Against Fracking staged a protest outside an aquifer exemption workshop where DOOGR was teaching the oil industry how to obtain waivers under the Safe Drinking Water Act. Inside the workshop, about 15 of us staged a disruption in which we interrupted the presentation. I asked “Shouldn’t you be doing something about the illegal injection rather than teaching them how to do it more?” Another protester handed them bottles of “frack water” and asked them if they would drink it. After another protester handed them a pink slip, we all stood up and recited the following speech in unison:  We, the people of California, fire you from your post. Shame on you, for colluding with Big Oil, to poison our aquifers. In this year of record drought, in this era of a warming climate, it is reprehensible that you are teaching them how to exploit our laws to poison our water! We then chanted for three minutes: “One, we are the people. Two, you can’t ignore us. Three, we will not let you poison our water.” When the CHP finally came in, we left peacefully, chanting, “Water can’t be poisoned for private wealth. We will fight for our children’s health,” “Ban fracking now!” and “We will be back.”

Last week, Brown’s office denied the CAF petition to place a moratorium on fracking. And this week, the state Office of Administrative Law approved Brown’s emergency regulations for underground injection wells. These regulations give them until Ocotber of this year to shut down some of the wells. But they can continue to inject most of them for the next two years.

If you are incensed about this decision, please join Californians Against Fracking in calling Jerry Brown to place an immediate moratorium on fracking. In addition to polluting our drinking water, fracking uses too much water in a drought, pollutes the air, causes earthquakes and increases global warming.
Phone: (916) 445-2841

Lauren Steiner is a long-time activist in Los Angeles who has recently been focusing on stopping fracking and the Trans-Pacific Partnership treaty.

If you enjoyed this post, please consider leaving a comment or subscribing to the RSS feed to have future articles delivered to your feed reader.
By Change-Links|2015-05-02T02:19:54-05:00May 2nd, 2015|California, Fracking, Lauren Steiner, Los Angeles|0 Comments