Is the United States Doomed? 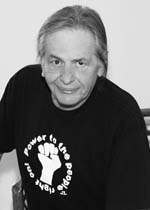 Is the United States Doomed?

The short answer is yes, if things keep going as they have for the past 25 years or so.

The current downfall began with Reagan’s tax cuts for corporations and the rich, and his campaign to destroy unions.

At first Clinton modified those tax cuts, but he instigated NAFTA and other so call free-trade agreements.

Today Mexico is a failed state in part because of NAFTA. The tariff-free zone allowed US exporters to flood Mexico with US goods thus putting many Mexican farmers and others out of business.

It also allowed US companies to open plants in Mexico, many along the border in order to exploit the cheaper wages, there. But in a few years US industry found even cheaper labor in Asia, thus creating more unemployment in Mexico.

Also because of the many corrupt governments Mexico has had, their officials were able to steal a sizable amount of the profits from the oil they produce.

Pretty soon the most profitable thing Mexico could produce was drugs. And now the drug cartels have carte blanc to commit mass murders, with our insane drug laws only worsening this mess. Which in turn has led to the massive privatization of the US prison industrial complex, where the more prisoners we incarcerate, the more profits they make.

The Obama/Republican Tax bill was a complete boondoggle. It continued the Bush tax cuts for the rich, (many of whom didn’t even want it). A class that use to pay 90%, has had its liability reduced to 25%. They don’t spend this money or create jobs with it, instead they buy a new yacht or mansion or a company which they then loot and then ship its job overseas. Estate taxes for the very rich remain lowered.

The middle class tax levels also stayed the same, but it really doesn’t provide that much relief, while the poorest actually had their taxes raised.

The small deduction in the social security tax will not be of much help but might hurt the entire program when Republicans try to privatize it, ie, give it to Wall Street.

The bill’s only concession was to extend unemployment insurance for 13 more months. This extension excludes many whose insurance ran out only months ago.

This tax bill will add another trillion dollars to our deficit. Which one day will be taken out of all our hides.

Obama punted on Health Care by forbidding any mention of a Single Payer system (such as a number of countries use, without many problems). Not only was Single Payer unable to get past Congress, they blew the chance to negotiate it down to a good Public Option.

Our President has continued the murderous disastrous, trillion dollar war in Afghanistan, with hundreds of civilians being killed by our robot drones.

With the Supreme Court giving the green light to unlimited anonymous donations to fund political campaigns, foreign and domestic corporations – as well as the so-called US Chamber of Commerce – helped elect their toadies to office. This will only increase in future elections, thus making Congress a wholly own subsidiary. Someone suggested Congress members be made to wear NASCAR-type patches identifying their sponsors.

Obama might be able to get bills like the repeal of Don’t Ask, Don’t Tell passed, but when it comes to choosing between the equitable and beneficial distribution of public money, or keeping and putting more of it into the same pockets, his administration consistently sides with the rich and powerful.

At this time Obama’s Justice Department is going after anti-war activists, mainly in Chicago and Minnesota, because they have tried to help Palestinians. How dare they!

For the next two years the Republicans will control the House of Representatives. Which means they will control most of the money the government will be spending. Some of them don’t believe in climate change and still others want to strip the Environmental Protection Agency of some of its power to regulate pollution. Some plan to subpoena and grill climate scientists to find out who’s paying them off. And then, of course, there’s Reps. Joe Barton (R-TX) who apologized to BP on behalf of the government after the oil spill in the Gulf of Mexico. Many new committee chairs have already stated their intentions. One says he wants to open the arctic for new oil drilling. California Congressman Darrell Issa is looking to create new subcommittees, and has plans to investigate Obama-era initiatives like the federal stimulus package and possibly health care reform, as well as the $700 billion bank bailout passed under President Bush. He said “I want seven hearings a week, times 40 weeks.”

These guys could lay the bases for the destruction of the planet.

In the Sixties and Seventies we were talking about forming international unions. Today the union movement in the US is at its lowest level in decades. Corporations want all unions dismantled. They easily can find foreign workers overseas and desperate workers here.

None of this bodes well for the future of our country’s citizens, unless we all really start talking to one another, organize ourselves and mobilize our efforts. We have done it before and we can do it again.

If you enjoyed this post, please consider leaving a comment or subscribing to the RSS feed to have future articles delivered to your feed reader.
By John Johnson|2011-01-08T01:42:53-05:00January 2nd, 2011|Commentary, Editorial, Featured, John Johnson|0 Comments