Just before Christmas we lost one of our quietly-active yet most effective activists, Bill Eisen.  He suddenly expired from what is deemed “natural causes” in his mid-70’s.  Although he’d had health issues, none were necessarily considered life-threatening.  He was a good man who would do anything for someone in distress.  He was sensitive to the causes we all stand for, frequenting events–meetings, rallies, Peace Center debates, often taking pictures which he shared on Facebook or directly with us.  His main Facebook page was and is still running strong, “Los Angeles Westside for Bernie Sanders”.  He administered the site with some pride, as numerous people contributed to it and Bill’s posts fostered healthy political discourse, encouraging more and more people to share salient info with one another.

I met Bill in 2012 when he and I were supporting third-party candidate for President, Rocky Anderson (former Mayor of Salt Lake City and a strong environmentalist). Anderson supporters (and once Rocky himself) “hung out” at the Unurban Café in Santa Monica.  Bill especially enjoyed the Unurban Café. 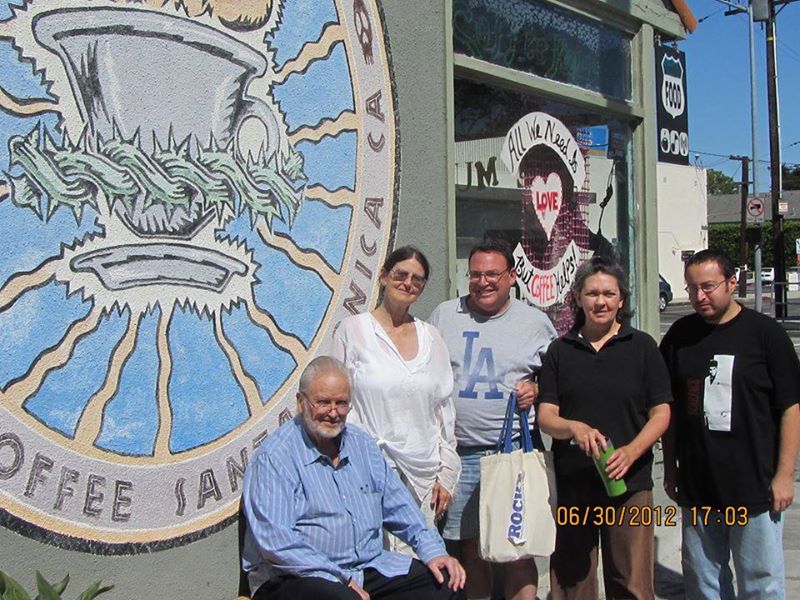 Bill Eisen was running for KPFK Local Station Board when he passed. He was a dedicated KPFK listener. You may read his ideas at these links:

https://gcrc-socal.org/content/menu/2018_election/candidates/2018_slate.htm. His candidate statement (that was removed from the pacifica site) appears here: https://gcrc-socal.org/content/menu/2018_election/candidates/listener/bill_eisen.htm. An ad with his slate was published in “Change Links” and in “Turning The Tide” and is reproduced on the Grassroots home page. Bill took most of the candidate photos.

Bill was born in LA and grew up here–part of the time in West LA’s Cheviot Hills then in Manhattan Beach.  He and his two brothers as kids joined their mother for a “new experience” in Switzerland where, for two years, the kids received a European education and a new environment imbued with the French language.  Bill often spoke of this enjoyable experience in Europe.  In later years he also visited Sweden, which seemed to “impress” him in various ways–such as his political leanings being somewhat similar as that found in Sweden – and his being reminded of his partly-Swedish roots.

Bill attended Mira Costa HS in Manhattan Beach, then earned an accounting degree from Cal State University – and continued with Master’s work at CSU Long Beach.  He practiced as a CPA in firms or on his own, in San Francisco, San Diego, and Los Angeles. On his own he studied law voraciously and tended to help people with legal issues.  He was uniquely sharp, albeit a little withdrawn from the hoopla aspect of activism.

As a retired CPA and part-time manager of properties, Bill found time for the “larger picture”.  He was very active with the LA chapter of  “Healthcare for All, California”.  After serving on the Manhattan Beach School Board (about 10 years ago), he thrust himself into state, national and foreign-policy issues.  He loved what Bernie Sanders was offering;  “it gives us hope,” he once said. Bill’s legacy will live on with that spirit of support for leaders who “give us hope.”  Let us forge ahead, remembering Bill and others who have left this planet–and left this planet a better place!

A Memorial in Bill’s honor of Bill will take place in Bellflower, CA on Saturday, February 2nd, 2019, at 1:00 p.m. at Stonebridge Chapel, 17409 Woodruff Ave, Bellflower, CA  90706. Since the chapel is small, we request RSVP.’s – limit, 25 more than the approximate 10 family members & friends already attending.  We heartily welcome you for honoring the life of Bill Eisen –  and for Progressive solidarity which he always loved.  Maureen Cruise will be attending and assisting.  Please RSVP me at: julieannayoga2@gmail.com

Bill is survived by his two brothers, Rick (New Mexico) and Robert (Colorado), and a niece, Jana Black (Huntington Beach, CA) and her family, as well as nephews Ricky, Bobby, Erik, Bobby Jr.,  and Brian – all out of state. Contributions in Bill’s memory are welcomed by one of his favorite organizations, Healthcare For All, California.  Please contact Maureen Cruise at maureen@healthcareforall-la.com or call  (310) 459-9763. She will give an update on Healthcare for All, too.

If you enjoyed this post, please consider leaving a comment or subscribing to the RSS feed to have future articles delivered to your feed reader.
By Change-Links|2019-02-04T02:34:22-05:00February 4th, 2019|Health Care, Heroes and Whistleblowers, In Memoriam, Julieanna Thomson, Uncategorized|0 Comments