The East Bay Chapter of Veterans For Peace has passed a resolution opposing the “Hong Kong Human Rights and Democracy Act of 2019,” introduced by Marco Rubio, (R-FL) in the Senate and by Chris Smith (R-NJ) in the House, with multiple sponsors and broad bipartisan support. The bill passed both houses and Trump signed it  into law. It will allow the Secretary of State (currently Mike Pompeo, former head of the CIA) to impose harsh sanctions on China for alleged “human rights” abuses or for simply not following US foreign policy objectives. The bill is based on erroneous views of China and Hong Kong, The bill would do great harm to US-China relations and be bad both for the people of China and of the United States. Veterans For Peace is an educational and humanitarian organization of veterans and their allies dedicated to the abolition of war.  For More Information Contact: Eugene E Ruyle, President Emeritus cuyeruyle@mac.com

Note from Change Links: The Hong Kong Human Rights & Democracy Act, recently enacted into law by the US government, one of the greatest human rights violators in the world today, is not about human rights or democracy, but about the growing adversarial relationship between the US and China. It’s also a manifestation of imperialism’s capacity to manufacture dissent (although the US left has tended to focus on its capacity to manufacture CONsent in this country). It should be possible to oppose the Hong Kong Human Rights Act and to support human rights in Hong Kong, or to oppose Marco Rubio’s Uyghur Human Rights Policy Act, and still support human rights for the Uyghurs, Muslims facing mass detention camps in China. It is noteworthy that the US which piously claims to support the protesters in Hong Kong, has unleashed or backed fascist terror against protesters in Bolivia, Ecuador, Chile, Brazil, Haiti and elsewhere.

The Hong Kong protests have drawn world attention and sympathy in what appear to be spontaneous demands for basic human rights to freedom and democracy. With our own history of protests, our tendency is likely to involve support these young people. But as Hong Kong protest leaders tour Washington D.C., urging the U.S. Congress to pass a “Human Rights and Democracy Act,” we must wonder.  Despite claims of oppression, it’s clear that they are traveling freely out of Hong Kong at someone’s expense, speaking their minds freely while urging a foreign power to impose sanctions on their own country.

What’s really going on?  Different people may see things differently, but the fact is that before Hong Kong was returned to China it was a British colony with no freedom except for opium traders and other capitalists. All officials were appointed by the Queen, directly or indirectly. The Chinese were subjected to the Unequal Treaties and treated as colonized subjects. Britain stole Hong Kong as part of the spoils of war and it became the crown jewel of British imperialism in China. But all that required military occupation, and for the troops it was, as Smedley Butler put it, a “swell deal.” Major General Smedley D. Butler, USMC, 1936: “In China in 1927 I helped see to it that Standard Oil went on its way unmolested.” It was also a swell deal for ruling circles in the West who enriched themselves while China was pushed deeper and deeper into poverty and underdevelopment. 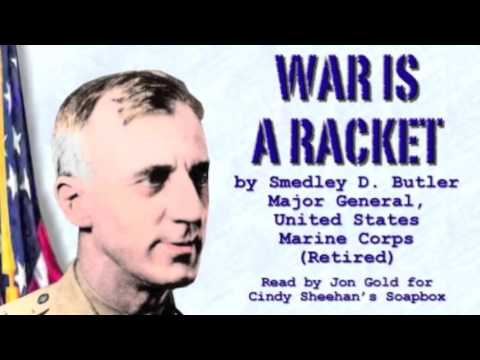 But that changed in 1949. The Chinese people stood up with the leadership of Mao Zedong and the Communist Party of China and established the People’s Republic of China. Since then, China has steadily developed and progressed until today it can confront its former oppressors as an equal. This is a serious problem for certain ruling circles in the US, for they can no longer rely on military intervention to maintain control. Consequently, they have turned to the use the “soft power” color revolution tactics of the National Endowment for Democracy (NED) and the CIA in hybrid warfare to destabilize Hong Kong

U.S. attacks on the sovereignty of China are by no means limited to Hong Kong. The bi-partisan Congressional Executive Commission on China, chaired by Rep. Jim McGovern (D-MA) and co-chaired by Sen. Marco Rubio (R-FL), is also sponsoring two additional bills, the Tibetan Policy and Support Act of 2019, and the Uyghur Human Rights Policy Act of 2019. Many wonder why Senator Rubio and his friends make so much noise about China while ignoring the flagrant abuses of human rights and democracy right here in the United States.

The Mainstream News is an unfortunately ubiquitous but not reliable source of news, and the same may be said for Democracy Now. Jacobin, the Nation, and many other so-called “progressive” outlets. We suggest regular consultation of other sources, such as the non-profit Antiwar.com; The Grayzone, featuring independent investigative reporting; RT, a global news network based in Moscow; the China Global News Network (CGTN); based in Beijing; the Beijing Daily; Popular Resistance; and independent commentators such as Tom Fowdy, Carl Zha, Daniel Dumbrill, LIam Stone, and Nathan Rich. Some specific recent sources include:

“Hong Kong Protests: Follow the Money,” by Sara Flounders. 35 min YouTube presentation. The Peace Report, Published on Aug 26, 2019, Sara Flounders’ presentation on the situation with the current protests in Hong Kong and an in-depth historical view of China. httpss://www.youtube.com/watch?v=17f9yoorTu8

“Open letter to Congress: Why the Hong Kong human rights and democracy act of 2019 must be opposed.” By KJ Noh, Kevin Zeese, and Margaret Flowers. September 20, 2019. httpss://www.nationofchange.org/2019/09/20/open-letter-to-congress-why-the-hong-kong-human-rights-and-democracy-act-of-2019-must-be-opposed/

If you enjoyed this post, please consider leaving a comment or subscribing to the RSS feed to have future articles delivered to your feed reader.
By Change-Links|2019-11-28T23:35:50-05:00November 28th, 2019|Activism, China, China, Commentary, Human Rights, News, Peace and War, Politics, Protests and Rallies, Security and Insecurity|0 Comments