Arrested for Feeding the Homeless? 5 Outrageous 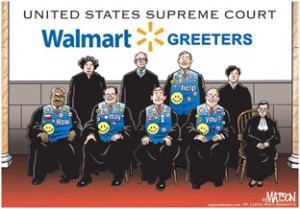 Activists continue to be arrested, assaulted and otherwise harassed by the nation’s police and government agencies for participating in nonviolent protests and other actions.

In recent months, police and government leaders have inappropriately, unfairly, and in some cases illegally targeted peaceful activists on a number of occasions.

That should come as a shock to no one, since government mistreatment of nonviolent activists has been going on for as long as activists have been pushing for social change in the U.S. — that is, as long as there has been a U.S. government.

Still, it’s distressing that after all these years, activists continue to be arrested, assaulted and otherwise harassed by the nation’s police and government agencies for participating in nonviolent protests and other actions.

What’s more, the recent mistreatment of activists is wildly hypocritical, since the Obama administration has over the past several months scolded governments in the Middle East for their heavy-handed treatment of pro-democracy protesters. For instance, both President Obama and Secretary of State Clinton had stern words for Egyptian authorities earlier this year, as Chris Dunn reported in the Collegiate Times:

“So I want to be very clear in calling upon the Egyptian authorities to refrain from any violence against peaceful protesters. The people of Egypt have rights that are universal. That includes the right to peaceful assembly, association, the right to free speech, and the ability to determine their own destiny,” Obama said in a speech.

Likewise, Clinton said, “We call upon the Egyptian government to do everything in its power to restrain security forces,” and two days later reiterated, “We have sent a very clear message: We want to see restraint, we do not want to see violence by any security forces.”

As Dunn notes, this rhetoric about rights to peaceful assembly and free speech is at odds with the government’s treatment of activists at events like the September 2009 G20 summit in Pittsburgh, when police and the National Guard, concerned about the actions of a small group of anarchists, targeted scores of nonviolent protesters with tear gas and excessive force.

Below are several stories of even more recent injustices committed against nonviolent activists and protesters.

1. FBI v. activists. The FBI has a history of targeting nonviolent animal rights, anti-war, and other activists, unjustly labeling many of them domestic terrorism suspects. (Examples here, here, here, and later in this list.)

Now, the bureau has raised eyebrows among the civil liberties and activist communities for expanding its own domestic surveillance powers. The New York Times reports that the bureau’s new rules will allow some 14,000 agents “more leeway to search databases, go through household trash or use surveillance teams to scrutinize the lives of people who have attracted their attention,” giving them the power “to look into people and organizations ‘proactively’ and without firm evidence for suspecting criminal or terrorist activity.”

Check out this interview on Democracy Now! with one of the many activists who’s already been unfairly watched by the FBI and who is understandably concerned that the FBI’s new guidelines could lead to further abuses of power.

2. Activists’ homes searched as part of “terrorism” investigation. Here’s one recent example of activists getting caught up in FBI anti-terrorism investigations. Last fall, the bureau attained warrants to search the homes of activists in Minneapolis and Chicago who had been involved in protests at the 2008 Republican National Committee. According to the warrant, the FBI was “gathering evidence related to people ‘providing, attempting and conspiring to provide material support’ to terrorist organizations, and listed Hezbollah, the Popular Front for Liberation of Palestine and the Revolutionary Armed Forces of Colombia.” The warrant gave permission to seize electronics, letters, photos, and other items.

According to Democracy Now! at least 23 activists were also subpoenaed between September and December as part of the FBI’s “terrorism” probe. Maureen Clare Murphy, a journalist and Palestinian solidarity activist and one of the people subpoenaed, told DN’s Juan Gonzalez:

[I]t’s kind of ironic that we are being subpoenaed to appear before a federal grand jury, when oftentimes we’re protesting outside of federal buildings, and we’re calling on our legislators and we’re being very vocal and public in our calls for a more just U.S. foreign policy in the Middle East. So, I don’t think the government needs to subpoena us to find out what we believe in and what we do. And so, that’s why we think this is really about intimidating our movement and trying to silence our movement, because, you know, they know what we do, and we know what we do is just and peaceful. And what it’s really about is basically trying to silence our very strong and successful movement.

3. Environmental activist faces 10 years in jail for nonviolent effort to save threatened land. This March, environmental activist Tim DeChristopher was convicted of two felony charges for placing a bid on federally owned land that he did not actually have the funds to pay for, with the intention of disrupting oil and gas drilling on the land. What DeChristopher saw as necessary civil disobedience to protect a tract of land from being destroyed, the U.S. government saw as a violation of the Federal Onshore Oil and Gas Leasing Reform Act.

As Tina Gerhardt reported for AlterNet, DeChristopher’s actions have been supported by a number of climate scientists, activists and journalists, with author Jeff Biggers arguing that DeChristopher “deserves the medal of freedom, not a prison sentence.”

DeChristopher is scheduled for sentencing on July 26.

4. Arrested for feeding the homeless. Earlier this month, the Orlando Sentinel reported that three members of the local chapter of Food Not Bombs, a grassroots anti-war, anti-hunger group, were arrested for violating a city ordinance that puts strict limits on how often organizations can host groups of people in certain Orlando parks.

The group, which has been feeding homeless people breakfast and dinner in Lake Eola Park a few days a week for several years, had been fighting the ordinance in court, arguing that it violates the group’s right to free speech and assembly. Orlando Food Not Bombs volunteer Thomas Hellinger explained, “We don’t have another place downtown that works like the park. Homeless people have a right to access parks just like anyone else, and it’s a nice place to eat. The city tried moving us to other locations in the past, like parking lots and abandoned buildings, but then it comes back to a question of human dignity.”

After the city prevailed in court, volunteers Jessica Cross and Benjamin Markeson and Food Not Bombs co-founder Keith McHenry were arrested at the next Orlando Food Not Bombs meal; they face 60 days in jail and/or a $500 fine. Since those initial arrests, the group has continued to serve meals in the park, and Food Not Bombs now says a total of 21 volunteers have been arrested. According to People’s World, McHenry is calling on activists to travel to Orlando and participate in civil disobedience by helping out with meals, while “solidarity actions” have been planned in Italy, Japan and Detroit.

5. Arrested for dancing. In late May, police officers arrested five activists for participating in a peaceful, flash mob-style protest that involved dancing quietly at the Jefferson Memorial. As the Huffington Post notes, the group was protesting the recent appeals court ruling that “national monuments are places for reflection and contemplation” — but not dancing, apparently.

In 2008, Mary Brooke Oberwetter and a group of friends went to the Jefferson to commemorate the president’s 265th birthday by dancing silently, while listening to music on headphones. Park Police ordered the revelers to disperse and arrested them when they did not.

Oberwetter sued on free speech grounds, but the appeals court ruled last week that her conduct was indeed prohibited “because it stands out as a type of performance, creating its own center of attention and distracting from the atmosphere of solemn commemoration” that Park Service regulations are designed to preserve.

The police reaction to the May protest was inappropriately harsh, as you can see in this video:

Lauren Kelley is an associate editor at AlterNet and a freelance writer and editor who has contributed to Change.org, The L Magazine and Time Out New York. She lives in Brooklyn. Follow her on Twitter here.