Fungi’s Lessons for Adapting to Life on a Damaged Planet

Fungi’s Lessons for Adapting to Life on a Damaged Planet

Entangled Life: How Fungi Change Our Make Our World, Change Our Minds and Shape Our Futures,

Merlin Sheldrake’s new book Entangled Life looks at the complex world of fungi, its adaptive ability, and its interconnectedness with all other forms of life. He spoke with Robert Macfarlane,author of Underland, (see below reference) about his relationship to fungi and its strategic lessons on growth in the face of climate crisis.

Robert Macfarlane: I want to plunge straight in and ask about the title of your book, Entangled Life. I hear echoes of Darwin’s famous “tangled bank” paragraph, closing the later editions of On the Origin of Species, and “entanglement” is one of the favorite tropes of what might be called Anthropocene ecology, conspicuous in the work of Anna Tsing and Donna Haraway, for instance. What do you mean by “entangled” and for that matter, what do you mean by “life”!?

Merlin Sheldrake: Plunge! I think of the word “entangle” as a knotting and re-knotting, a  raveling, an intertwining. The word appears to have some of its roots in Nordic and German words for “seaweed,” presumably because they are life forms that knot and clump with themselves— besides oars and fishing nets. According to the Chambers Dictionary of Etymology “entangle” was originally used to describe human involvement in “complex affairs” and only later took on other meanings. 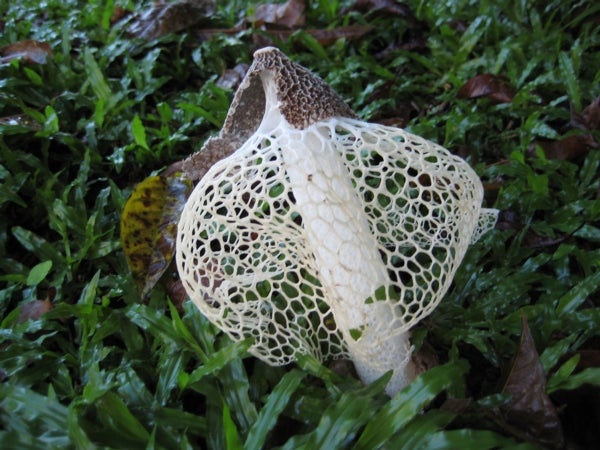 Entangled Life is a book about fungi, most of which live their lives as branching, fusing networks of tubular cells known as mycelium. Mycelium is how fungi feed. Animals tend to find food in the world and put it in their bodies; fungi put their bodies in the food. To do so, they must ceaselessly remodel themselves, weaving their bodies into relation with their surroundings.

This entanglement—with themselves, with their physical surroundings, and with other organisms—is their staple mode of existence. On a very literal level, then, I use the word entangle to refer to the ancient growth habit of this little-understood kingdom of life.

But fungi don’t keep to themselves. Mycelium is the living seam by which much of life is stitched into relation. Fungi string their way through the soil, through sulphurous sediments on ocean beds, through coral reefs, inside plant leaves, roots and shoots. Bacteria use mycelial networks as highways to navigate the bustling wilderness of the soil. Nutrients circulate through ecosystems through fungal networks. Tug on strand of mycelium and you’ll find it hitched to something else. Fungi embody the most basic principle of ecology: that of the relationships between organisms. This is another sense in which I use the word entangled. Fungi form literal connections between organisms and in doing so remind us that all life forms, humans included, are bound up within seething networks of relationships, some visible and some less so.

This relates to your question about life. Evolution’s most well-worn iconography is that of a tree, mirroring the genealogical trees used to portray lines of human descent. Since Darwin, the dominant narrative within evolutionary circles has portrayed lineages as endlessly diverging from each other like the branches of a tree. But over the last several decades, it’s become clear that divergence is only part of the story. Some of the most dramatic moments in the history of life occurred when single-celled organisms engulfed unrelated single-celled organisms which continued to live inside them. Within the bodies of these new composite organisms, branches of the tree of life that had been diverging for hundreds of millions of years did something entirely unexpected, and converged.

In light of these discoveries, many biologists have begun to reimagine the tree of life as a reticulate mesh formed as lineages not only branch, but fuse and merge with one another. Strands of the mesh loop in and out of the realm of viruses—entities that many don’t consider to be living organisms at all—and make it clear that life shades off into non-life gradually. If anyone wanted a new poster organism for evolution they needn’t look far. It is a vision of life that resembles fungal mycelium more than anything else. 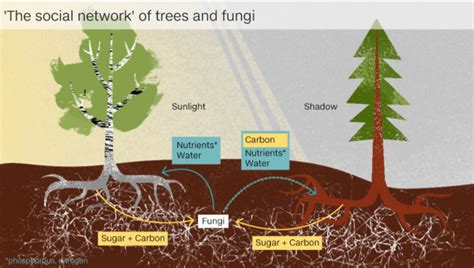 Change Links note: Mycorhizomal networks connect all trees in a grove or forest, allowing them to share nutrients and water and communicate with each other. Trees would not exist without fungi, and such arboreal life is inherently collective and communal.

If you enjoyed this post, please consider leaving a comment or subscribing to the RSS feed to have future articles delivered to your feed reader.
By Change-Links|2021-03-01T03:07:22-05:00March 1st, 2021|Book Reviews, Climate Change, Ecology, Environment, Food, Health, Solidarity|0 Comments