This court case is like the ‘Pentagon Papers’ on steroids.  And yet:

Only five people (including Craig Murray) are being allowed into the public gallery at the Old Bailey.

The mainstream media are suppressing details of the case and the court proceedings.

The magistrate in charge is acting like a CIA agent – railroading Assange to be extradited.

You will not get a clearer report of the court proceedings than in Craig Murray’s online blog. https://www.craigmurray.org.uk/case  from which this report is excerpted: 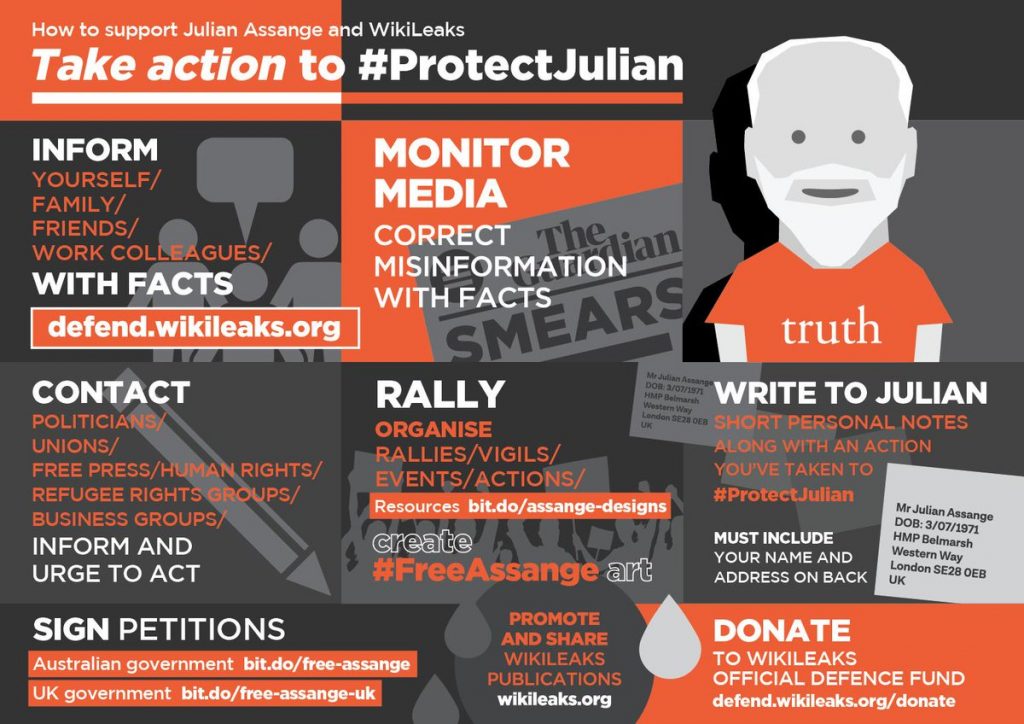 It is hard to believe, but Judge Baraitser on Friday ruled that there will be no closing speeches in the Assange extradition hearing. She accepted the proposal initially put forward by counsel for the US government, that closing arguments should simply be submitted in writing and without an oral hearing. This was accepted by the defence, as they need time to address the new superseding indictment in the closing arguments, and Baraitser was not willing for oral argument to take place later than 8 October. By agreeing to written arguments only, the defence gained a further three weeks to put together the closing of their case.

But this entire hearing has been conducted in effective secrecy, a comprehensive secrecy that gives sharp insight into the politico-economic structures of current western society. Physical access to the courtroom has been extremely limited, with the public gallery cut to five people. Video link access has similarly been extremely limited, with 40 NGOs having their access cut by the judge from day 1 at the Old Bailey, including Amnesty International, PEN, Reporters without Borders and observers from the European Parliament, among many others. The state and corporate media have virtually blacked out this hearing, with a truly worrying unanimity, and despite the implications of the case for media freedom. Finally, the corporations that act as internet gatekeepers have heavily suppressed social media posts about Assange, and traffic to those few websites which are reporting.

The other interesting point about Augstein’s evidence is that it pointed squarely at the possibility that it has been Daniel Domscheit-Berg who, in defecting from Wikileaks, had been responsible for the emergence of the encrypted but unredacted cache on the net.

We then came on to the only witness who was actually heard in person on Friday, Patrick Eller, by videolink from the States. He was to address the accusation that Assange conspired with Chelsea Manning to crack a hash key password and obtain the documents which Manning leaked, and/or to help Manning cover his tracks. Securing Eller was rather a coup for the defence as there could not be a better expert witness on this particular subject. Eller is CEO of Metadata Forensics and a Professor teaching forensic evidence at the US Army Law School. A 25 year veteran, he was commander of the US Army digital forensic investigations unit at US Army Criminal Investigation Command in Virginia.

I am not going to use my usual technique of reporting through Eller’s evidence and cross-examination chronologically, because the subject matter does not lend itself to that, being both highly technical and delivered in a very disjointed fashion. This was partly due to the approach by James Lewis QC, counsel for the US government, who adopted a policy of asking long runs of technical questions about the operation of the computer systems, most of which were basic, irrelevant, and both required and got the simple answer “yes”, and then after a run of a dozen to twenty “yeses”, Lewis would throw in a more dubious proposition. This did once work when he got a “yes” to the proposition that “a great hacker can crack a great cypher” by this system of inducing impulsive repetition of “yes”. Lewis went on to claim that Assange had once self-described as “a fantastic hacker”.

I am not attempting to hide the fact that there were passages of Eller’s testimony in court which I simply did not understand. When I get a new laptop, it takes me days to work out how to turn it on and I am yet to find how to transfer any information from an old one. There are very definitely readers who would have done a much better job than me of reporting this, but then I was there and you were not. So these, for me, were the key points of Eller’s evidence.

With respect to the Jabber conversations between Chelsea Manning and “Nathaniel Frank”, which form the basis of the charge of aiding the commission of computer intrusion, there is no forensic evidence that “Nathaniel Frank” is Julian Assange, or indeed any single individual.

The “Hash key”, or encrypted half of a password, which Manning had requested assistance with cracking could not have been cracked with the technology available in 2010. It was “impossible” and “computationally infeasible”, according to Eller. This could not have been done with a brute force attack, dictionary attack or rainbow table. In cross-examination Lewis explored this at great length and read from a 2009 article on a vulnerability in Windows XP precisely with regard to the hash key system. Eller replied this was well known, but Microsoft had fixed it with a patch well before the events in question. That made it in practice impossible for the code to be cracked using one half of the hash key. Lewis did not query this and quickly moved on; it appeared he knew of the patch all along.

Perhaps Eller’s most telling evidence was that Manning had in fact already downloaded the bulk of the material passed to the Wikileaks dropbox before initiating the conversation with Frank at all. Manning had full access to the SIPRnet, or classified infranet of material up to secret, under her own username, and had already been downloading using a program called wget. Furthermore, Manning had already been taking steps to protect her identity by rebooting from a Linux CD thus evading several Windows security features. That would have been at least as effective as downloading from the FTP account if preventing detection were the goal.

Manning therefore had no need of help from “Nathaniel Frank”, either to obtain the classified documents or to cover her tracks, although the problem of downloads being traceable to the IP address would remain. But this would not have been solved anyway by Manning’s interest in logging in to a File Transfer Protocol account. There was much discussion as to whether the FTP account would or would not have admin privileges, but as Eller was insistent it would neither have increased her access to classified material nor have better enabled her to cover her tracks, and that they could not have cracked the password with the hash key half anyway, I did not quite understand where that discussion was leading.

One particularly jolting bit of information from Eller was that the SIPRnet from which Manning had downloaded all the material was open to “millions” of users. Eller’s final key point was that all of his evidence was consistent with the findings of the prosecution at Manning’s court martial, and presumably thus with the investigations of his old forensic team. Some of the lines taken by Lewis – including that it was in fact possible to crack the password from the half hash key – are inconsistent with the US prosecution’s own forensic evidence at the Manning court martial.

Finally and ominously, Baraitser heard arguments on whether the full medical records of Assange from the doctors and psychiatrists who had given evidence should their public be released to the media. They have been requested by the press. The records contain a huge amount of background and many intimate details of Julian’s childhood and relationships which are in evidence but were not given in open court by the doctors. Both defence and prosecution opposed release, but Baraitser kept referring to “open justice”. You will remember that earlier this year, Baraitser decided that it was in the interests of “open justice” to release to the media the identity of Julian’s partner Stella Moris and her children. That too was against the wishes of both prosecution and defence.

That a judge so intent on shutting down or refusing to hear defense evidence is suddenly so preoccupied with “open justice” when it comes to hurting Assange by release of his deeply personal information, is a great irony. Baraitser will rule on this on Monday and I hope humanity has prevailed with her.

Forgive me for pointing out that my ability to provide this coverage is entirely dependent on your kind voluntary subscriptions which keep this blog going. This post is free for anybody to reproduce or republish, including in translation. You are still very welcome to read without subscribing