Foetal Conceptions: A Short History of this Corner of Western “Civilization”

Foetal Conceptions: A Short History of this Corner of Western “Civilization”

Michael Novick is a member of the editorial staff of Change Links, editor-publisher of Turning The Tide: A Journal of Inter-communal Solidarity from Anti-Racist Action,  a former member of the KPFK Local Station Board and Pacifica National Board, a retired school-teacher and former shop steward (chapter chair) for United Teachers Los Angeles. His poetry has been anthologized by the Revolutionary Poets Brigade on a couple of occasions, although he is primarily an essayist and anti-racist activist. He will shortly be a (non-biological) great-grandfather. 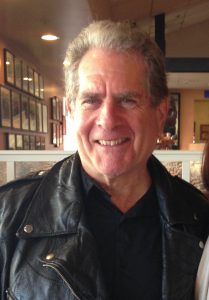 Originally from Brooklyn, he’s been active in a host of coalitions in southern CA since 1982, most recently the HP (Hewlett-Packard) Boycott Coalition, and the Grassroots Community Radio Coalition, and helped establish White People for Black Lives. He blogs at De-Colonize LA! on tumblr.com (see link ara-la.tumblr.com/post/157496566830/foetal-conceptions-2017); you can read back issues of “Turning The Tide” online at http://www.antiracist.org.

If you enjoyed this post, please consider leaving a comment or subscribing to the RSS feed to have future articles delivered to your feed reader.
By Change-Links|2017-02-27T15:39:28-05:00February 27th, 2017|Uncategorized|0 Comments