The US has a massive unhoused population. The National Low-Income Housing Coalition predicts that 30-40 million people, 30-40% of currently housed renters, could lose their lodging in the next several months. In the midst of this crisis, the Freedom Socialist Party calls for cancelling rent and mortgage payments for those in need. Across the country, grassroots activists have pressured local governments to help solve this crisis. One group is End Homelessness Now–LA (EHN-LA), where 120,000 more households could end up on the street after the eviction moratorium ends Jan. 31. Muffy Sunde interviewed Val Carlson, on the steering committee of the EHN-LA Campaign and local FSP branch organizer, about what can and cannot solve the coming tsunami of evictions.

Muffy Sunde: Tell us about homelessness in Los Angeles.

Val Carlson: When I moved to LA in 2016, there were 46,874 unhoused men, women and children in the county. Four years later the number has ballooned to 66,436. Nationally, numbers have also swelled.

Worse, virtually no housing has been added for poor and working people, but development of luxury hotels, condos and apartments has exploded. In 2019, over 42,000 of them and only 615 units of low-income housing were being built in downtown LA. Plus, there are 93,000 vacant units in LA. A recent study concluded that for some the local housing market is working exactly as they want it to. It delivers unprecedented profits to a privileged group of investors who have twisted the housing market for their personal gain. Rampant speculation has resulted in a housing system that harms many, especially the poor, people of color and immigrants.

FS: How is this crisis impacted by Covid-19 and the Black Lives Matter movement?

Val:  Racism greatly impacts who’s unhoused, who’s murdered by police, and who dies from COVID-19. While Black people are 8% of the county’s population, they’re 34% of the unhoused and 25% of those killed by police. Black, Latino, and Pacific Islander residents die from COVID at 2x the rate of white residents.

Homelessness is especially hard for immigrants. A teacher representing United Teachers of Los Angeles describes life for homeless immigrant children as one of continual trauma. From traveling two to three months on foot to get to the U.S., to sleeping on someone’s couch, never feeling safe or with a place to study.

The powerful Black Lives Matter movement has forced at least some cuts in law enforcement budgets and demands that those funds be applied to desperately needed housing, jobs, education, and social services. A community organizer on the End Homelessness Now–LA steering committee pointed out that the LA Police Department has a 1.86 billion-dollar budget, a lot of it spent harassing, arresting and killing Black people.

If we cut the police budget and got rid of school police, we could put a stop to 12-year-olds with criminal records, and at the same time reallocate the money to build housing, and provide counselors and additional help for unhoused children.

FS: How did the End Homelessness Now–LA campaign get started, what does it demand?

Val: Two events in 2018 sparked our campaign. First, the City Council rejected a proposal by the AIDS Healthcare Foundation to turn Parker Center, LA’s former police headquarters and vacant for over five years, into a facility that could house 732 people. The City Council decided instead to tear it down and put up a 27-story city office building, costing $1 billion. Second, we learned that the city was making deals with developers and landlords to spend the voter-approved $1.2 billion bond for supportive housing on units costing over $500,000 each.

Our campaign demands that city and county governments stop this pork barrel operation and instead deploy their vacant and underused land and buildings to build, own, and run permanent, supportive public housing, which they could do at a much lower cost. Further, publicly owned housing is permanent, and will never revert to “market rate.” The $500,000 units are privately owned and only have to stay low-rent for 55 years, after which their owners can charge full market rent. 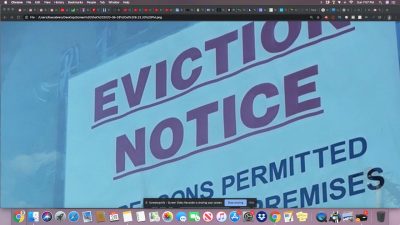 Sunde — What organizing has the campaign done and who supports you?

FS:  How has the city responded to your demands and proposals and what is your next move?

Val: They’ve largely ignored us and been unwilling to consider public housing. So, we organized labor and community support and got publicity. The city began looking at modular and other, cheaper construction models — after most of the $1.2 billion bond money had been committed.

Recently, the City Council’s Housing Committee voted to ask the city administration to study types of social housing used in other countries and make recommendations on their applicability in LA. As the motion describes it: “Social housing is built and owned by the government. It is unlike the widely disparaged model of U.S. public housing, which suffered from under-investment, poor design, segregation, and lack of political support. Social housing is generally mixed-income, adequately served by public transportation, has access to amenities and shops, regulated to deter discrimination, and self-financing after initial public investment, with tenants paying rents on a sliding scale.” The motion also asked the administration to explore all possible funding sources and potential partnerships with other government entities.

End Homelessness Now–LA continues to demand the city repurpose vacant and underused land and buildings into public housing, and to create the kind of social housing that will bring unhoused people indoors and keep low income folks from losing their homes. The time is right.