End Violence Against Women in the US and Globally

The attack on women’s bodily autonomy in the US reflected in the Dobbs decision by the Supreme Court, that stripped away Constitutional protection of women’s right to terminate a pregnancy, is the tip of the iceberg of violence against women in the US and globally. A major factor in the rise of the neo-fascist right in the US has been organized misogyny among many young white male gamers and others. So-called “incels” are involuntary celibates who blame women collectively for rejections they have experienced, and fundamentalist white Christian nationalists who want to assert a Biblical supremacy of men over women. An ongoing epidemic of missing and murdered Indigenous women and Black women receives scant attention from the media or law enforcement; on the contrary, women of color are increasingly the target of police violence and criminalization. Women have been hardest hit by the pandemic’s economic consequences and the underlying inequities in health care, workplace safety, and employment opportunities. Yet simultaneously, there has been a backlash against the #MeToo hashtag.

Globally, the recent deaths and killings in Iran as women and men have protested for over a month the death of Mahsa Amini, 22, at the hands of morality police enforcing a mandatory wearing of a particular type of hijab, have rocked the Khamenei regime there. In the Sudan, there are protests against the conviction and sentencing to death by stoning of a woman who left her husband. As the BBC reports, “Sudan has been run by a military junta since a coup one year ago. Campaigners say the 20-year-old didn’t get a fair trial and should be freed. The young woman, who separated from her husband in 2020 and went to live with her family, was accused of adultery by her husband a year later. She was found guilty in June 2022 by a court in the city of Kosti, in Sudan’s White Nile state.” She is waiting for a ruling on an appeal of her conviction. Sulaima Ishaq, who heads the Violence Against Women Unit at the Ministry of Social Development, told the BBC that she had been telling officials in the capital, Khartoum, that the trial was flawed, but that the lack of government ministers made it hard to get her point across. “We have grounds to believe she was illegally forced into signing a confession by the police,” said Mossaad Mohamed Ali, executive director of the African Centre for Justice and Peace Studies (ACJPS), according to the BBC. 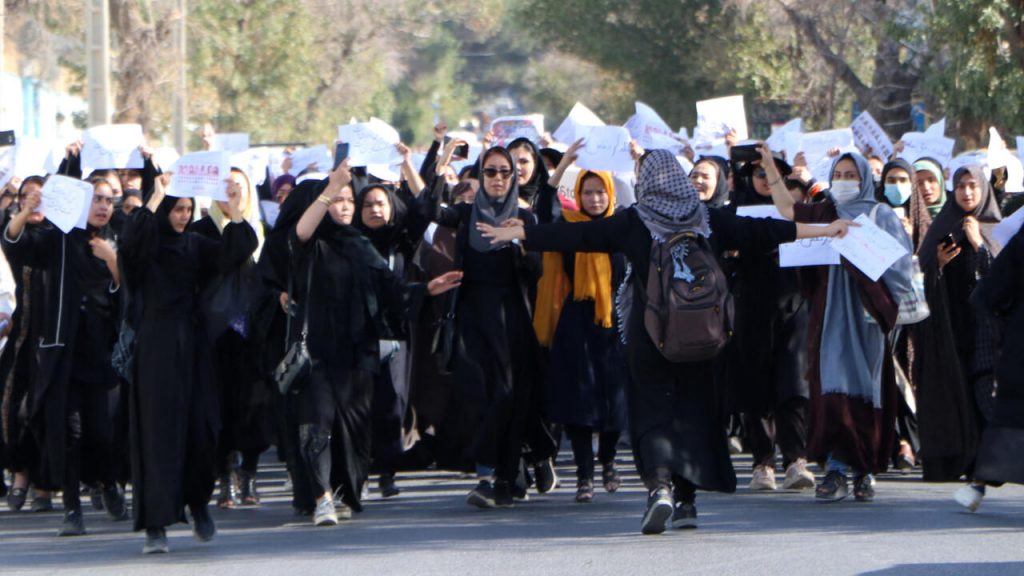 Across South America, beginning in Chile, there are large scale actions, that have also gone viral on social media, of masses of women in the streets chanting in unison “The rapist is you”, denouncing not only individual anti-woman violence, but also the role of the state, specific political figures, and their police agents and forces in such violence against women. This is a sharp contrast to some women’s anti-violence work in the US, which has sometimes been coopted by or reinforced police propaganda that the solution is more cops (when cops have higher rates of so-called domestic abuse than the general population). Wars in Yemen, Ukraine and elsewhere, as well as settler colonial violence by Israel against Palestinians such as the murder of Palestinian American journalist Shireen Abu Akleh by the IDF,  have also especially impacted women and children. (It should be noted, however, that the Western propaganda machine has resurfaced the false and bizarre claim that Russia is issuing Viagra to its soldiers to carry out rapes of Ukrainian women. There have been rapes carried out apparently by both Russian and Ukrainian forces against women identified as ethnically in the opposite camp.)