by Ray Jones
Our economy has a business cycle. There are prosperous times and impoverished times. In prosperous times, business firms distribute complimentary items, products are durable, affordable and in surplus. Rents are reasonable. Savings, investments and luxuries are plentiful. Families are larger, wives can be homemakers, and recreation and entertainment flourish. Remember the years 1795-1835, and in the 1950’s. In impoverished times, there is a lack of employment, people have a hard time paying for housing and other necessities, and families have to scramble.
The most perverse problem with the economic system is the business cycle. As interest rates increase, it is increasingly difficult to conduct business and pay off loans. For example, a 10 year mortgage at a 10% interest rate, costs more than half the value of the house. At a 20% interest rate, the interest paid is even more than the house is worth (130%}. At 30%, more than 200% of the price of the house is paid. You pay for three houses to keep one for yourself. When rates go up, they all go up. A savings account held for 10 years at 5% yields 65%, at 10% yields 170%, and at 15% yields 348%. In November, 1981, interest rates were at their highest peak in U.S. history.
When government officials so decide, interest rates subside, and the economy declines. Banks issue fewer loans, and production, profits, investments, and the stock market all decline. Bankruptcies, unemployment, and foreclosures soar. Sound familiar? It happened in the 1770’s during the French and American revolutions and in other years such as 1815, 1857, 1873, 1976, 2009, and so on. 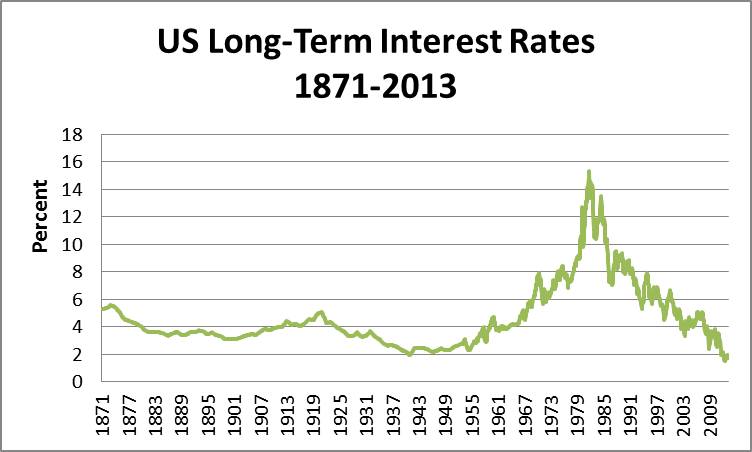 Other key periods were:
Money panics of 1873 and 1907, stock market crashes in 1929, 1932, 1987, hyperinflations of the 1970s and 1980s and the stagnation of the 1990s.
When prices accelerate we get inflation and the value of money falls. Inflation at 5% for 10 years reduces the purchasing power of the dollar to 60 cents, at 10% to 37 cents, and at 15% to 23 cents. A 10 year investment at 10% yields 170%. After inflation at 10%, in ten years the value increases by only 97%, a loss of 3%.
The purpose of an economic system is to produce products to satisfy the needs and demands of consumers. Necessities and obligations to pay off loans is the incentive to seek employment. The amount of money (capital) required to operate the system does not exist. Banks create the amount on their ledgers (records) and extend credit (contract loans) to entrepreneurs for costs (overhead) to produce products, and to consumers to buy products.
Assigning value to paper certificates, such as bonds, stocks ñ enables borrowing; to checks and currency, enables purchases. For example, obligating yourself for a personal loan of $1,000 enables a purchase of something you want. Adding a zero, to get $10,000, enables purchase of a car. Adding another zero to get $100,000 enables the purchase of a house, risking foreclosure. Adding another zero to get $1,000,000 enables the pursuit of a small business, risking bankruptcy. Adding another zero to get $10,000,000 enables the start of a corporation, while, adding another zero to get $100,000,000 enables campaigning for political office, if your conscience can bear it and if you’re willing to take on what it entails. This is how to get rich by taking on loans. Even governments commence this way to finance an army, hire staff, purchase land, and build a nation.
To change a system, note that nations like the U.K. U.S.A., France, Germany and Japan, are linked to a world market economy.
In 1836, the government debt of the United States was zero. Now it’s over 18 trillion dollars, the highest of all nations, from squandering on wars and the arms race.
Too often, success comes from cheating consumers, slave-driving employees, and marketing high-priced junk.
The ambitious live to accumulate wealth. Bohemians (artists, intellectuals, and authors) live for life. In the U.S. we should have a choice of life styles.
Related, to me, a musician, are some quotes from the rock musical Hair: Facing a dying Nation (System collapse), a moving paper fantasy (bonds, stocks, checks, currency), life is around you and in you, let the sun shine, let the sunshine in. 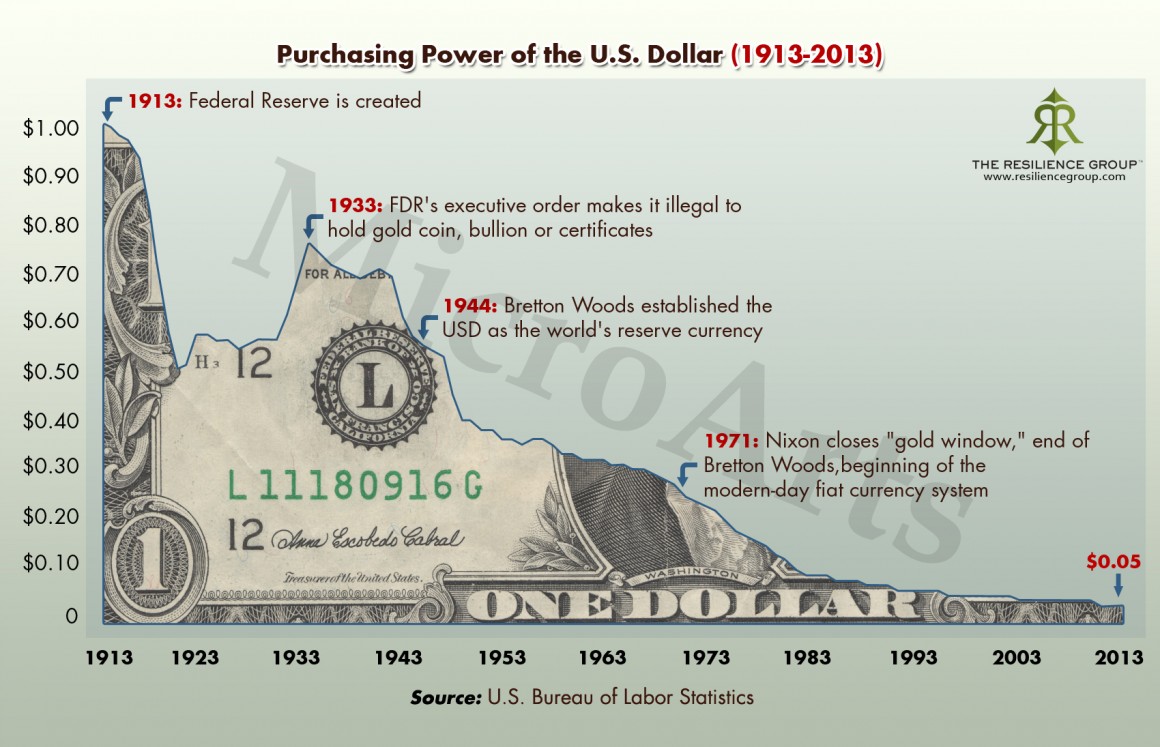 Editorial Comment: Ray Jones, who has worked on Change-Links since we revived it and has written a number of articles, insisted we publish this piece on economics, although many of us had serious disagreements with both the asserted facts and opinions expressed. For example, he refers to a 10-year mortgage at 10%. Common mortgages these days are for 30 years at 4%, and you would end up paying as much in interest as the principle over the life of the mortgage. He also opines that when interest rates subside… the economy declines. The opposite is true. High interest rates (tight money) tend to throttle economic activity by increasing the cost of borrowing. The Fed has kept interest rates for inter-bank loans at practically zero since the crash of 2008 to try to stimulate economic activity, and is now planning to raise rates to cool the economy down. (Such low banking interest rates discourage savings; retail borrowers still pay exorbitant high interest rates on unsecured credit card debt, increasing banks profit margins.) The business cycle Jones attempts to describe is the irrational boom and bust of capitalism, well analyzed by Karl Marx over a century and a half ago. Also see the article on p. 6 on the Fed’s rate hike’s disproportionate, racist impact on Black people.–MN

If you enjoyed this post, please consider leaving a comment or subscribing to the RSS feed to have future articles delivered to your feed reader.
By Change-Links|2016-01-01T15:31:59-05:00January 1st, 2016|Economy, Ray Jones|0 Comments